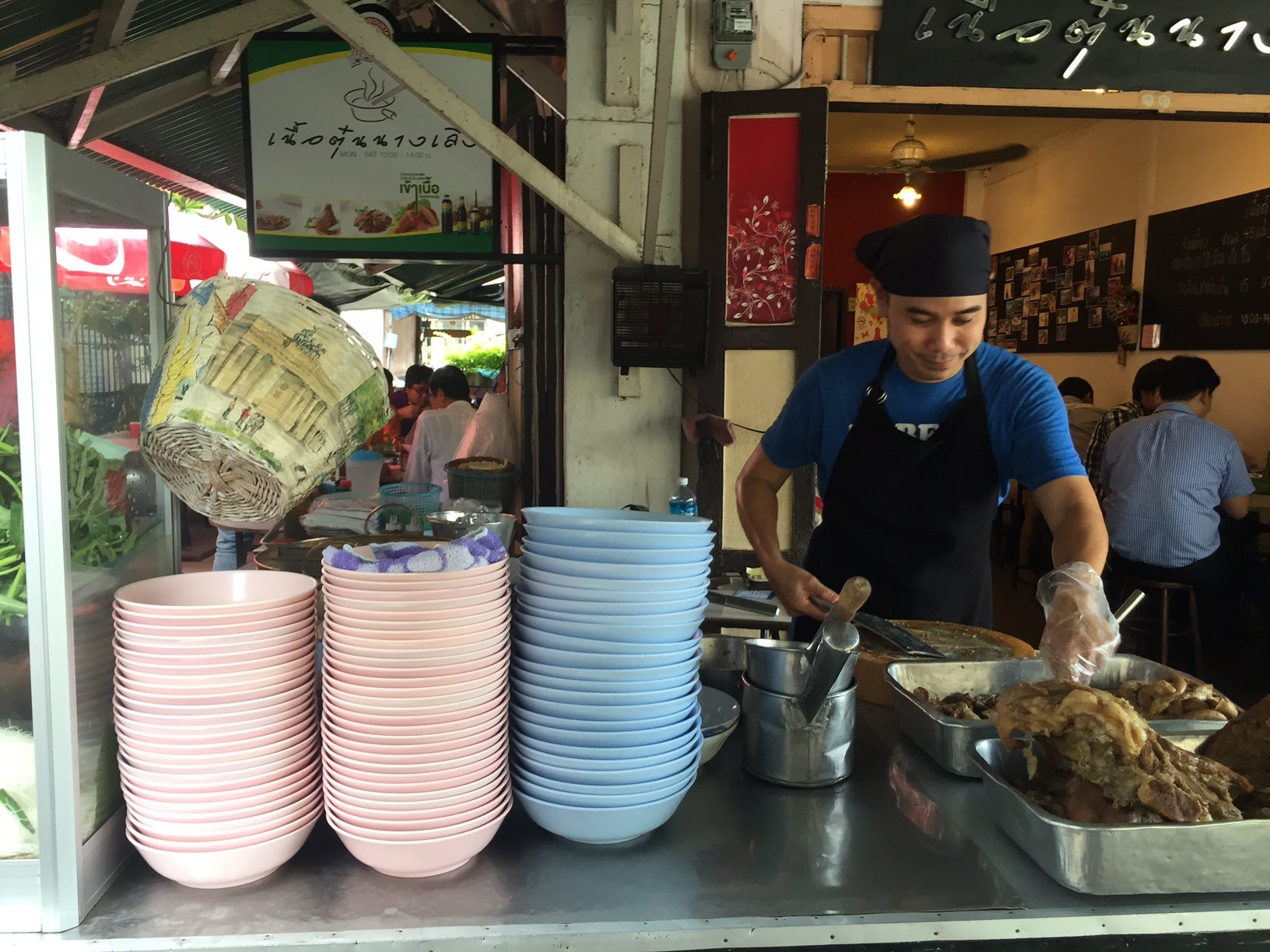 Tourists mostly see Bangkok as a shopping destination but in one of its neighborhoods, they can travel back in time to experience its preserved art and food culture.

Thailand, which sells itself as “Land of Smiles,” is one of the travel hotspots in Asia. Its capital Bangkok is known for its busy nightlife and upscale shopping centers, but there is way more to it than those.

Nang Loeng, which takes about a 5-to-10-minute walk from the Democracy Monument, is a small community located in Bangkok that dates back to the 1900s. A travel agency in Thailand called HiveSters has partnered with the United Nations Development Program and Bangkok Metropolitan Administration in preserving Nang Loeng and five other traditional communities in Bangkok which are at risk of extinction.

“People of today, the new generation, they don’t care much about our culture because they feel like it’s not very important. What they are looking for is running after Westerners,” tour guide Chakkritt Khentong told invited media guests sponsored by Tourism Authority of Thailand and Thai Airways Philippines during a walkaround tour.

One of the landmarks here, the Sala Chaloerm Thani Cinema, which used to be a high-end movie house for the well-off, is also located in Nang Loeng. It was shut down in the early ’90s because of lack of funds for maintenance.

The market of Nang Loeng offers a pleasurable gastronomic experience from homemade meals to Thai desserts. During lunch time, it is usually packed with people.

A lady believed to be in her 90s fondly called Grandmom Hong lives in the community and has been making Thai desserts since World War II. She continues to do this for a living up to this day.

“It takes a very long time to prepare the ingredients for each dessert. From generation to generation, she’s been doing this to serve the people in this community. After she passes away no one else is going to take care of this,” said Khentong.

Grandmom Hong is at her busiest in the morning but visitors are allowed to observe her prepare the desserts.

The Nang Loeng market is also ideal for food lovers. Ingredients that are hard to find are usually sold here, along with the usual seafood, meat, and fresh produce. Several stalls also sell Thai food and desserts, usually made of sticky rice and coconut milk. It also has several small restaurants and a food court.

Part of the tour also includes teaching the visitors how to cook the local popular dish pad thai, a stir-fried noodle commonly sold in local stalls and in the streets.

Visitors will also be taught the chatri, a traditional folk dance that is now rarely practiced in Thailand. Aunt Kanya, who is now in her 70s, teaches the dance to those who are willing to learn.

“Our traditional dance is dying; the new generation doesn’t want to do that because it is difficult for them to practice,” said Khentong.

Born to a family of dancers, Aunt Kanya has been practicing the chatri since she was young. The house she lives in belongs to her ancestors from a hundred years back.

Tourists will also be taught how to create the Pang Puang or a vintage Thai scented powder garland used for worship. A powdery perfume from Thai herbs is mixed with stone powder to make the garlands.

Alternatively, the garland is also used as an accessory by women to add fragrance to their hair.

“This practice is dying because no one knows how to do it,” Khentong said.

One of Bangkok’s attractions outside Nang Loeng that an art lover should not miss is the Ananta Samakhon Throne Hall, a neo-classical Renaissance-styled building with ornate interiors. It exhibits sophisticated arts and crafts made of gold and other valuable materials, with wall paintings depicting the Chakri dynasty.

It used to be a reception hall in the early 1900s during the time of His Majesty King Rama and it serves as a museum today.

Taking photographs inside is prohibited, however. They also observe a strict dress code—no flip-flops, shorts, ripped jeans and sleeveless shirts.