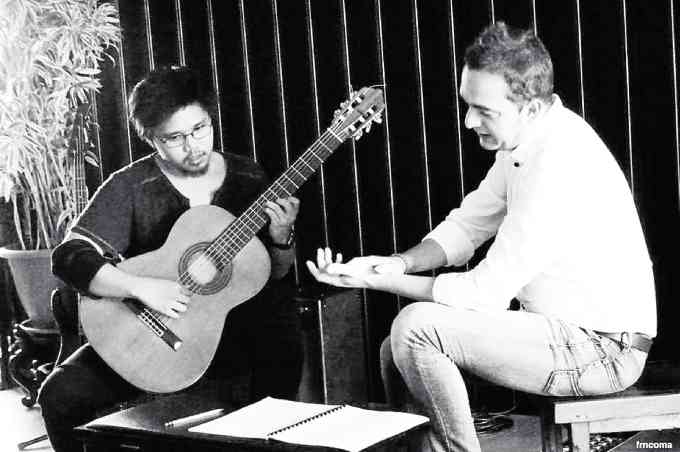 ‘Duterte should de-stress by listening to classical guitar’

“This is a good decade for classical guitar,” said Viking Logarta of the Independent Philippine Art Ventures, Inc., which mounts guitar concerts.

Those who have performed in Manila recently include Paraguayan Berta Rojas, described by Washington Post as “guitarist extraordinaire”; French Judicael Perroy, first prize winner of the Guitar Foundation of America International Competition in 1997; and Japanese Sachiko Miyashita, a prizewinner of the Andres Segovia International Classical Guitar Competition.

“I believe there is something deeper and more rewarding in classical music that both the young and the old should constantly explore by attending classical guitar concerts,” said Enginco, who will play Joaquin Rodrigo’s “The Invocacion et Danse” and “Recuerdos de la Alhambra.”

Aguila, first prize winner in the Jakarta International Guitar Competitions, said President Duterte should also focus on the arts: “I think the President should also invest in the arts by patronizing the concerts of young musicians. I think he should listen to classical guitar to help him relax. I know the burden he is carrying but he should find time for music to recharge him what with all the chaos happening in the country. I think he should give artists a chance to contribute to nation-building.”

Carlo Antonio Juan, first prize winner of the National Music Competition for Young Artists, agreed: “When he is through with his priorities, I think he should take some time empathizing with classical musicians. On the other hand, I think he should also find time to read Eckhart Tolle’s ‘The Power of Now” so he can manage his stress.” —CONTRIBUTED