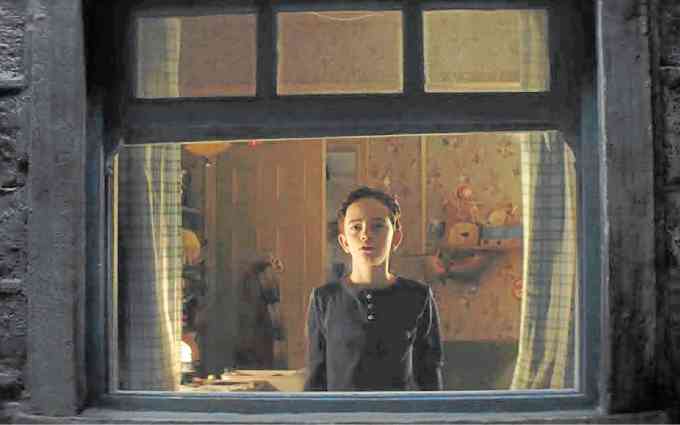 “A Monster Calls” tells the story of a boy who seeks the help of a tree monster to cope with his single mom’s terminal illness.

The film is based on the children’s novel of the same name by Patrick Ness, who also wrote the screenplay. J.A, Bayona of “The Orphanage” fame directed it.

Twelve-year-old Conor O’Malley (Lewis MacDougall) is about to escape into a fantastical world of monsters and fairy tales. He is dealing with his mother’s (Felicity Jones) illness, which has necessitated Conor’s to spend time with his less-than-sympathetic grandmother (Sigourney Weaver).

Conor unexpectedly summons a most unlikely ally, who bursts forth with terrifying grandeur from an ancient towering yew tree and the powerful earth below it: A 40-foot-high colossus of a creature (voiced by Liam Neeson). The Monster has stories to tell, and he insists that Conor hear them and powerfully visualize them. The Monster guides Conor on a journey of courage, faith and truth.

The novel, based on an original idea by the late children story writer Siobhan Dowd, has been published in almost 40 languages. The novel won many prestigious prizes worldwide, including the distinguished Carnegie Medal and, for illustrator Jim Kay, the Kate Greenaway Medal.

Dowd had already begun writing “A Monster Call,” with an opening of 1,000 words. But she succumbed to cancer soon after starting it. Ness was then approached by the late author’s editor and asked to adopt the idea.

“To me, this is a story about fear of loss,” Ness said. “I was really trying above all things to find the truth of how Conor felt; to not lie about it, not sugarcoat it, not sentimentalize it… to really feel how it hurts, because it surely does.”

Although a story about loss, Bayona emphasized that he did not want the film to end up as another melodrama.

“The book speaks about death in a direct and darker way,” Bayona said. “For the film, I wanted to transcend what we know is coming— the death of Conor’s mother-and be able to fuse the boy’s need to draw with the strength of legacy. There is light at the end of the story, resulting from the idea that art heals. In making the movie, there are some elements of the book that we have taken further.” —CONTRIBUTED