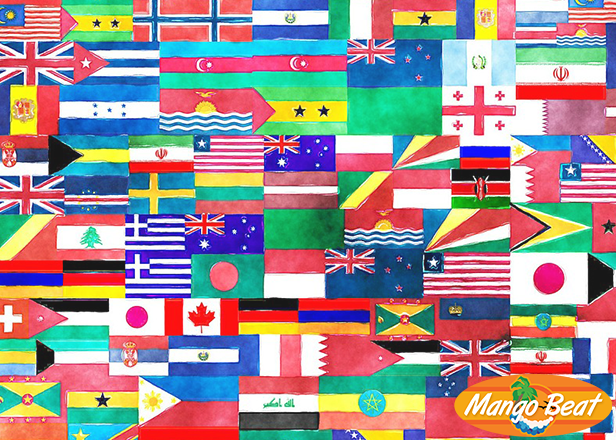 8 flags and their symbols 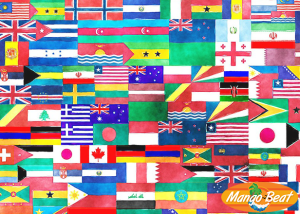 Flags are pieces of cloth that are visual representations of a country. Some flags are full of colors and illustrations while others are often just contrasting stripes draping across the material. But all of those symbols and colors more often than not hold a certain meaning behind them.

Here are eight flags and the meanings behind their designs:

The Philippine flag comprises 3 distinct colors, red, blue and white. It also sports 3 stars (representing the 3 major island groups Luzon, Visayas and Mindanao) around a stylized sun (8 rays representing 8 regions that started revolting against Spain). The red portion symbolizes courage and patriotism while the blue part symbolizes sacrifice for peace, freedom and justice. The placement of the red and blue portions of the flag must be carefully considered: red above blue is used during war times and battle while the opposite is used in times of peace.

China’s flag is a heated red with 5 golden stars, one of the stars being more prominent than the others. The overall vermilion color symbolizes the Communist revolution while also being the traditional color of Chinese culture and history. The stars are in the official shade of color for the Manchu dynasty. The stars themselves have their own symbols, the larger one being a mark of the Communist Party and the four others representing social classes in traditional Chinese society: the peasantry, the working class and the national bourgeoisie.

Consisting of 14 red stripes, a square of blue and pictures of a star and the moon, the Malaysian flag is a unique sight. The stripes, all evenly spaced, represent the equal status of the federal government and 13 member states while the 14 pointed star show their unity. The dark blue square represents the unity of the Malay people under the golden crescent, a symbol of Islam. It should be noted that yellow is also the royal color of the rulers in Malaysia.

The Korean flag is basically a yin-yang of blue (at the bottom) and red (at the top) surrounded by four black symbols on the corners of the flag. Those four black symbols are actually called trigrams from ancient I Ching (Book of Changes) and denote four universal elements of movement and harmony. The majority of the flag is colored white, the color Korean tradition notes as “peaceful” and “pure.” As for the yin-yang, red represents the universe’s positive forces while blue the negative ones, balancing and harmonizing into one symbol.

Probably having one of the simplest designs on a national flag, the French flag is basically just 3 stripes of color side by side. The blue stripe represents liberty, the white means equality, while the red stripe means fraternity. Despite its simplicity, it is one of the most well known of national flags across the globe.

With its basic colors and intricate pattern the flag of Greece looks as refreshing and simple as its seas and the port towns. The flag is a series of lines and a cross. The 9 stripes represent the nine syllables in the battle cry of the Greek independence. As for the cross, it represents the Greek Orthodox Church, the established religion of Greece. The blue color stands for the limitless opportunities of the sky and sea while the white stands for sea foam and clouds, symbolizing progress.

The national flag consists three horizontal bands: two of them colored red and another one yellow with the national coat of arms on the left side of the flag. The coat of arms displays the emblems of the traditional kingdoms of Spain while the pomegranate at the bottom of the shield represents Granada. The red scroll across the two columns bear the imperial motto of “Plus Ultra” (further beyond) referring to Spanish lands beyond Europe

Much like the French flag, the German flag is composed of 3 distinct color stripes placed one on top of the other horizontally. The colors are based on soldiers’ uniforms, which are black coats with red braid and gold buttons.

Did you find these flag facts interesting? What does your national flag represent? The symbolism of a country’s flag often indicates what a country stands for.

Mango Tours is a provider of quality, affordable and convenient travel services that include low-priced airline tickets, customized Philippine and International Tour Packages, Cruises, Land Transfers, and more. Visit www.mangotours.com to know more about its latest promos and travel offers.