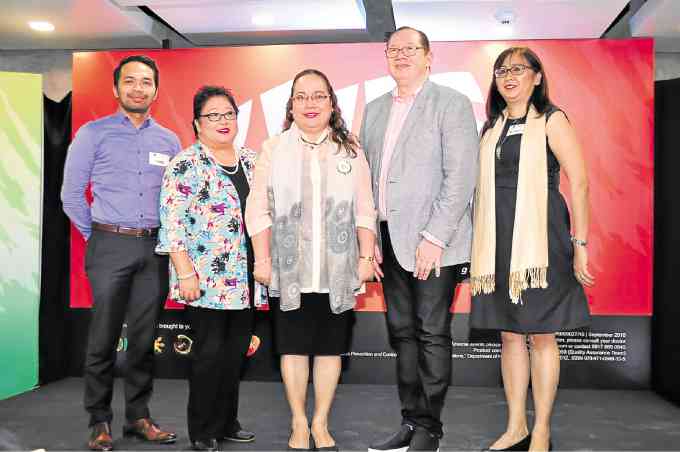 It started with three scratches running down the back of Gian Carlo or Poypoy, five-year-old son of Rex Tomen, in October 2008—caused by a neighbor’s dog, a frisky Cocker Spaniel who had just given birth.

Instead of bringing Poypoy to the hospital to have the scratches examined, Rex felt satisfied that the dog’s owner, an ER nurse, had administered first aid, washed the wound with soap, and applied disinfectant.

The wound eventually healed, but on Dec. 21, 2008, Poypoy complained of severe itching at the back of his shoulders. He was brought to the hospital, but was transferred to San Lazaro Hospital which is equipped to handle rabies cases.

Rex and his family found out that the Cocker Spaniel’s last vaccination was three years ago, and realized they should have sought immediate medical attention after first aid had been administered— something he was familiar with after having being bitten twice as a child.

“They injected my back a total of 50 times in those two instances,” he told Inquirer Lifestyle. “Now, the number of dosages that have to be administered via injection is a third of the original.”

Poypoy’s death spurred Rex and his wife to set up the following year a website and organization (www.rabiespoi.org) dedicated to victims of rabies and the families the’ve left behind.

“This is a venue for everyone who cares to get involved in the fight to eradicate rabies,” Rex said. “This is about people coming together to help make the world a better and safer place to live in, one that is free from this disease.”

The launch coincided with the observance of World Rabies Day by the Department of Health (DOH), in collaboration with the Department of Agriculture (DA). This year’s theme, “Rabies: Educate, Vaccinate, Eliminate,” emphasizes the crucial actions that communities can take to prevent rabies. It also reflects the global target to eliminate all human deaths from dog-mediated rabies by 2030.

In the Philippines, rabies continues to be a public health problem, responsible for the deaths of up to 300 people annually, with children at the highest risk.

“Rabies is considered a neglected disease that is 100-percent fatal but is also 100-percent preventable,” said Health Secretary Paulyn Rosell-Ubial at the event. “None of these deaths should have occurred, since we have the necessary interventions to prevent rabies, such as the promotion of responsible pet ownership, early consultation when bitten by animals and timely administration of vaccines.”

The increase in the number of reported cases is attributed to improved surveillance and services which enabled bite victims to seek treatment at established public Animal Bite Treatment Centers (ABTC) and/or private Animal Bite Centers.

The DOH has lined up various advocacy campaigns to disseminate information about rabies and how to prevent it. It encourages pet owners to have household pets vaccinated at designated time periods.

“Be responsible. If you have pets, have them vaccinated for rabies. If you are bitten or scratched, head to the nearest animal bite center for proper medical attention,” Ubial said.