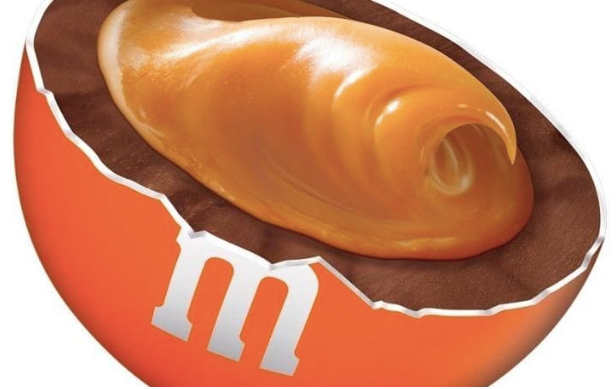 Caramel-flavored M&M’s set to hit shelves in May

With Halloween just around the corner, kids and adults alike will once again indulge in a lot of candies.

Perhaps one of the the most recognizable chocolate brands in the world, M&M’s are infusing their colorful button-shaped chocolates with the chewy goodness of caramel.

In May next year, confectionery manufacturer Mars Incorporated is unveiling the latest flavor of the universally beloved treat, which will join the ranks of their trademark Peanut, Milk Chocolate and Peanut Butter selections.

The exciting new taste took two years to develop and will be “one of the biggest launches in the brand’s history,” according to a Telegraph report.

Hank Izzo, vice president of research and development for Mars Chocolate North America, described the difficulties that the company had to face before finally coming up with the fresh product.

“It was a big technological challenge for us,” he said, adding that the product would be larger than its previous counterparts to make way for its rich filling.

“We never before had an M&M lentil with a true soft center, so we had to figure out how to not make the chocolate too sticky or too soft that it could collapse,” he added.

The Mars executive also justified the company’s decision to use caramel as its next flavor component.

“Caramel is extremely trendy. It’s a $2.2-billion flavor segment and the fastest-growing segment in food right now. We want to be part of this category,” he said in the report.

Brand director Tanya Berman, meanwhile, echoed his sentiments and was optimistic about its market potential.

“Chocolate and caramel is such a popular flavor combination, especially with the fans of M&M’s,” she said. “In our research, our fans were enthusiastic at the possibility of a caramel variant.”

The company has reportedly invested over $100 million for a new manufacturing site in Kansas, while recruiting more people to work on the brand.

The first M&M’s developed were dated as far back as the 1930s, which were eventually sold to the public in 1941. The miniature chocolate bites came to prominence as a form of sustenance for American troops serving in  World War II.  Khristian Ibarrola