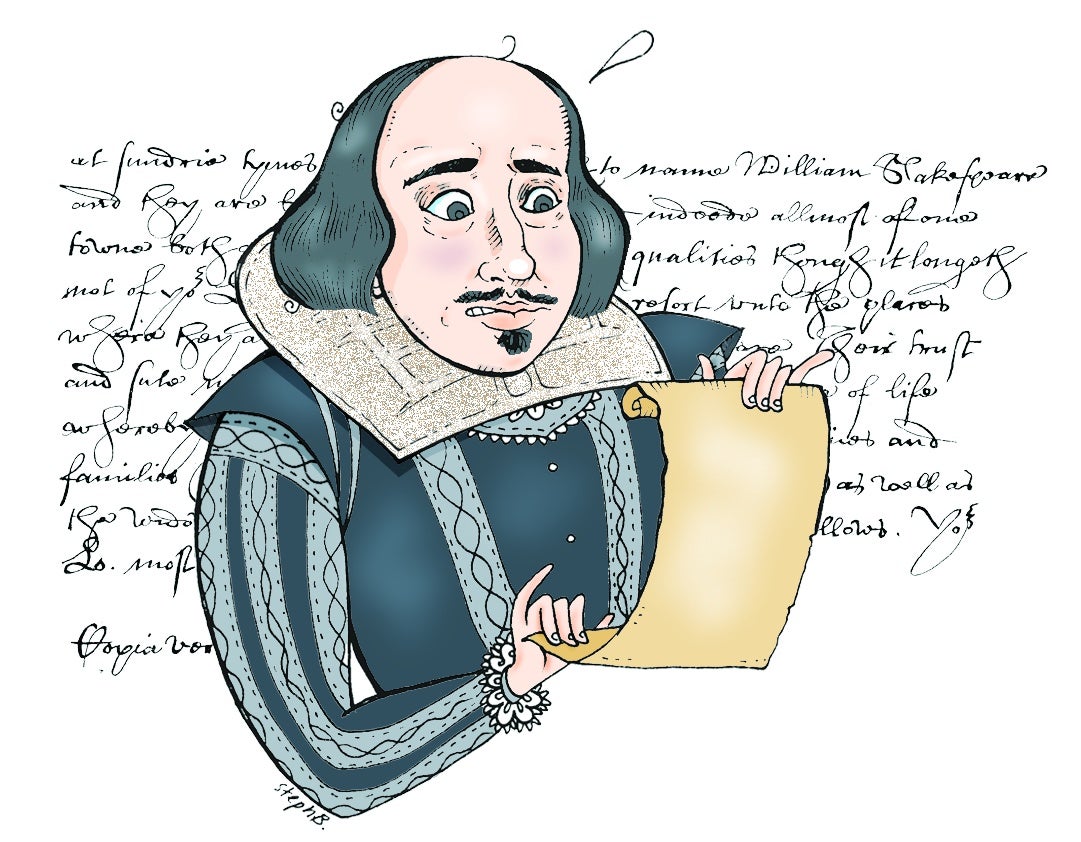 My dear friend Will,

Do you agree that the first thing we need to do is to kill all the lawyers as what Dick, the butcher, menacingly said in your play, “Henry VI?”

I ask this because, it seems like these same thoughts pepper this world. In  social media and  newspapers, people seem to want to be butchers of each other as a means to attain an ideal world.

If we fill the blank with any of the following words—migrants/illegal aliens, Christians, Muslims, leftists, conservatives, drug pushers, Filipino language,   China, oligarchs, policemen, God—I fear that soon, there will be nothing left but piles of corpses;  dead dreams.

Frightening is this ability of modern man to conjure violence in a pinch and create havoc by romancing the trigger of a gun, or the punching of the red  button to release his nuclear-powered arsenal, or by the simple act of pressing the return button of a computer keyboard.

They say that the theater expresses the possible. Your words of annihilation foretell a scene of destruction that might infirm the world to such an extent that recovery would be impossible.

In your many plays, you show the consequences when we choose to hate. From “Romeo and Juliet” to “King Lear” to “Titus Andronicus,” and in many of your tragedies, you delineated the darkness and insanity brought about by the violence of hate, greed, lonely emptiness and perversion.

Good thing that your characters are merely players. After the curtain comes down, there is a resurrection of the dead who receive accolades, or a slew of rotten tomatoes, from the audience, depending on their thespic talents.

In a play’s expression of possibilities, we learn of the foibles of others without the danger of harming ourselves in times of confusion, unrest, hatred, unexplained deaths. Theater is able to mirror the squabbles and wars of humankind; to dissect all arguments in support of both; and then to push everything to its bloody, tragic conclusion, based on the decisions made by the characters’ conscience.

And, at the end of the play, we the audience who took sides and joined the fray, seated in the comfort of the dark, are able to discern what is right from wrong, hopefully enlightened about the future, to emerge unscathed from our engagement with this violent world.

I write you now to celebrate you, the Shakespearean language and the art of the theater. In translation, you have been made part of the commemoration of the Month of Many Languages in our country, the many tongues of which you may not even be aware of. (By the way, your Middle English is a nosebleed. And let’s not go to the iambic pentameter.)

If you are able to visit here, I will show you our theater which is not too foreign compared to that in your time. And maybe show you a little bit of what happens after dark. I would also like to ask your advice on how I could convince the leaders of this country to support playwrights, in the same way that you were able to charm Queen Elizabeth.

Finally, I want to know if you really did write all the work that the scholars said you wrote. Would you consider being my, uhm, ghost writer? You’re so prolific, it’s unbelievable. When did you even find time to sleep? And do you think the reason our generation isn’t as productive is because we spend too much time on Facebook, in trying to find Pokémon and Pikachu, or gnashing our teeth while stuck in traffic?

Thank you and good day. And I hope I won’t be receiving any response from you because then I’d really be scared. Rest in peace and mabuhay ka, pareng Will!