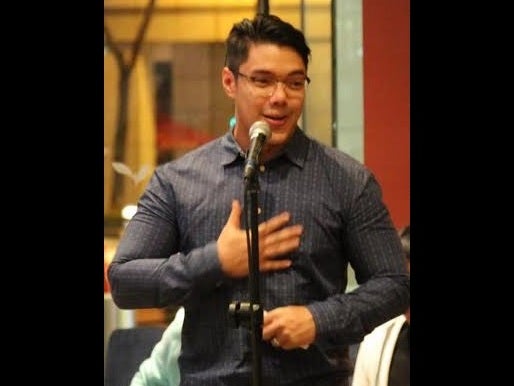 Joaquin Valdes was only 13 years old when he first performed in Triumphant People’s Evangelistic Theater Society’s (Trumpets) “The Lion, The Witch, The Wardrobe.”

He then started taking several years’ worth of summer workshops with Playshop, Trumpets’ theater training arm.

He didn’t just study, though. With other stage credits already under his belt (debuting professionally as a chorus member in Repertory Philippines’ “Evita” and then playing the lead in “Pinocchio”), he was tasked to teach classes at Playshop starting at age 14.

“I just really wanted to extend the high I’d get from a show and keep filling my system with as much theater education as I could,” he said.

And now at 32, it’s his turn to steward a new generation of future professional performers.

Valdes is the new executive director for Playshop, and of Playhouse, its newly formed youth theater group composed of workshop alumni.

Aside from forays into directing films, fitness coaching  and coproducing the “One Night Stand” series of monthly cabarets featuring theater performers, Valdes has always stayed connected to theater.

It was veteran actor Audie Gemora, founder of Trumpets and Playshop, who sought Valdes out.

“He and I have developed a mentor-apprentice relationship. He’s always believed that the next generation has great ideas,” said Valdes. “He asked me to bring in some of my expertise from working in advertising, film and digital content, giving my two cents on where the product should go and how it should address a new generation and new market.”

“Extending the mission of Trumpets, Playhouse will stage productions for children and families. Focusing on original Filipino creativity, the group aims to bring a brand new experience with values to audiences.”

For its inaugural production, Playhouse will stage “Always Upon A Time,” a musical where brothers Tommy and Danny, neglected by their busy father, find a book of stories that their mother used to read them to sleep with.

The tales will be brought to life via puppets designed by Make It Happen Workshop, which also handles set and costume design. Inspired by book pages, the puppets will have the look and feel of paper sculptures, and the set design will evoke pop-up books.

The show’s title is from a song used in one of Trumpets’ first musicals, “Fables and Parables,” written by Freddie Santos and composed by Lito Villareal.

In “Always Upon a Time,” Lorenz Martinez plays the father, while the brothers will be played by a rotating cast that includes Andee Achacoso, Daniel Drilon, Gabo Tiongson and Teddy Velasco.

Also in the cast are Chimmi Kohchet-Chua, Anton Posadas and Guido Gatmaytan, all of whom played leads in Trumpets’ musical “Bluebird of Happiness” in 2013.

The show is written and directed by Steven Conde, with Vince Lim as composer and musical director, and lyrics by Conde, Lim and Valdes.