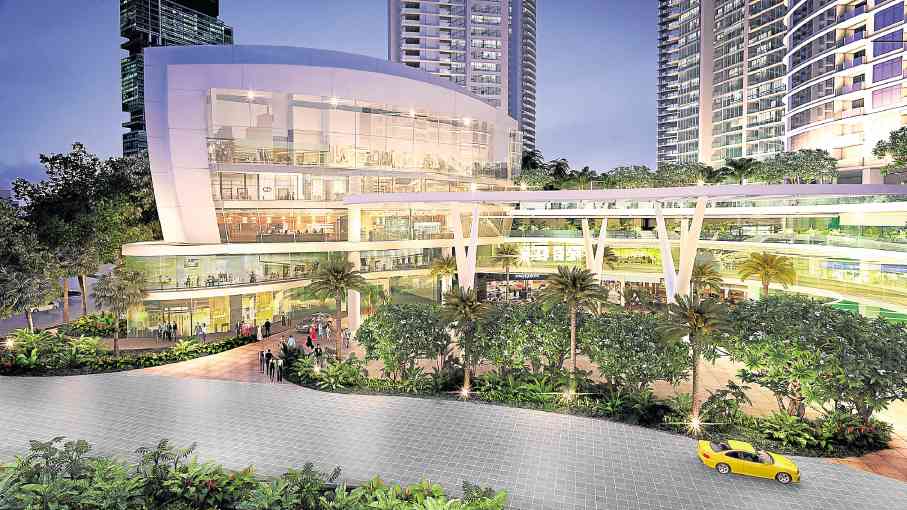 Condo living is the smart choice for this music-loving businesswoman

The svelte mother of three juggles work with domestic duties, and still manages to belt a mean Karen Carpenter song with a live band when the need to destress arises.

“I easily get bored. I like working even if I’m sick. I can’t lie down and do nothing. Sometimes I’m still up at

Sobremonte is president and chair of Chemoil Industrial Corp., the exclusive distributor of a major petroleum brand in the country.

The businesswoman admits she is so hands-on that she can always tell which one in the company’s fleet of lorries is headed to which point of the country to deliver gas.

It began three decades ago when newlyweds Shirley and Lawrence Sobremonte decided to go into construction, distributing cement, plywood, GI sheets and lumber to contractors.

The couple began with a tiny office, a nondescript work table, a secretary and a landline. The young bride would take the orders and plan out deliveries, while her husband looked for more clients.

Business was good until the Asian financial crisis struck in the mid-1990s, forcing them to rethink the business after construction suffered a downturn.

Her husband eventually suggested they shift to fuel distribution. Even if some businesses were down, there would still be other industries that would rely on fuel.

Turns out that fuel distribution was right up Sobremonte’s alley. Before graduating with a math degree from an exclusive girls’ college, Sobremonte spent years studying chemistry, but thought she “wouldn’t really make use of” the course.

“But I had very good grades in chemistry,” she noted with a chuckle.

Sobremonte said her businessman-father needed someone to assist him, so “filial piety” inspired her to shift to a math course. In the 1990s, Sobremonte found herself using her background to explain oil-and-fuel issues like density, temperature and velocity to clients.

With the couple’s hard work finally paying off and the children acquiring their independence, Sobremonte trained her sights on social work as First Class President of Rotary Club’s District 3810, engaging in outreach and livelihood projects for poor communities like Baseco in Tondo. Projects include soap-making and food preservation.

Right now, her group’s major advocacy is its “End Polio” campaign. “This is what makes me happy,” she stressed. “It’s about changing people’s lives through sharing our time, resources, education.”

Once, Sobremonte even acquired an ambulance and rescue boats for emergency relief operations, handing them over to Manila Mayor Joseph Estrada.

(Sobremonte’s efforts were recognized in 2014, when she was among the Empowered Women of Achievement awardees of a group of fashion designers.)

It’s not all work for this businesswoman, though. Sobremonte jams regularly with The Replay Band whose members meet in her Quezon City residence between gigs. She also dances to unwind.

“I love music so much. After working, I play hard. I sing songs of The Carpenters, Shirley Bassey and Helen Reddy. Dancing relieves my stress, but I also have Bible study.”

Sobremonte does not hide her fondness for shopping and fashion. She was also among Manila’s Best Dressed in 2014.

The businesswoman upped the ante last year, making a major investment in Rockwell Center that allows her to indulge her twin passions of retail therapy and real estate.

Sobremonte purchased two units, one after the other, at The Proscenium, the newest enclave of residential condominium towers now under construction that promises to elevate the lifestyle Rockwell is known for.

“I love real estate. I loved buying lots but lately, I have become interested in condos. Even though I started buying condos only now, I bought two units right away because I am convinced they are a very good investment,” she said.

The Proscenium occupies 3.6 ha at the northeastern side of Rockwell Center. Designed by world-famous architect Carlos Ott, it puts a premium on privacy and exclusivity.

One of The Proscenium’s big attractions is the world-class Performing Arts Theater that promises to be a masterpiece of cultural architecture.

Spectators will enjoy orchestra and balcony views of the impressive stage that will host operas, symphony orchestra concerts, musicals and other performances. The businesswoman is especially excited about her two-bedroom unit in The Proscenium Residences, the tallest in the five-tower project, with 59 floors fronting the Rockwell Center community.

She got a lot of good feedback from friends who had purchased residential units in earlier Rockwell Center projects.

Sobremonte purchased a unit at The Proscenium Residences even before developers opened a showroom.

“I already bought a first unit in The Proscenium so I was already convinced. Besides, I’m the type of person who doesn’t agonize over decisions,” she explained.

Sobremonte stressed that condo living has its advantages. “Household management is easier because the space is more compact, and you can travel without worrying too much about what you leave behind because there’s reliable security. And the amenities! A swimming pool, a gym. I can go jogging. As the children grow older, I’m more concerned about living somewhere more manageable.  Owning a unit here is being smart,” she said.