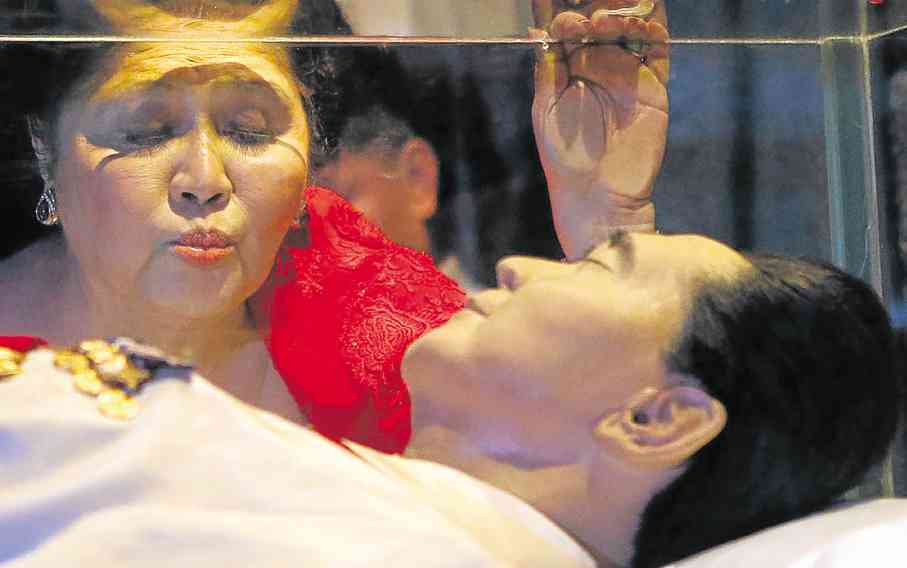 Your mantra for the week: “When I set my mind to look for something positive, I surely find it.”

Many of us who were born and baptized Catholic believe that Jesus of Nazareth is the only begotten son of God.

However, in IAMISM, the son given to man is the one that is spoken of in Isaiah 9:6, “For unto us a child is born, unto us a son is given: and the government shall be upon his shoulder: and his name shall be called Wonderful, Counselor, The Mighty God, The Everlasting Father, The Prince of Peace.”

In other words, It is the Indwelling Power and/or the Inner Light that is within each man.

Last week, I mentioned that the best friend of every man is God, and Its five essential qualities are described:

1) Wonderful, for all the wonders that It has brought to every life;

2) Counselor because It is Wisdom Itself and, therefore, before going to any man as counselor, everyone should first go to God;

3) The Mighty God, for therein you will find that its power is all mighty and that with it, all things are possible;

4) The Everlasting Father does not make him a male because the word father is used as a verb, meaning “to sire,” and has sired the whole universe;

5) Prince of Peace, for truly heaven is your mind at peace and not a geographical place as inferred from St. John Paul’s statement, “There is no geographical hell because it is only a state of mind.”

In the original Lord’s Prayer, written in Aramaic, Jesus referred to what we call “Our Father” as the “Cosmic Birther of all radiance and vibration.” Here, you will see how enlightened Jesus of Nazareth was. He already knew then that the whole universe is actually made up of energy, like scientists believe today.

All these names are expressed and can be expressed by the proper use of the I AM within each of us, and that is why, in the Bible, God told Moses that Its name was, “I AM THAT I AM.”

Who is really dividing the country?

I beg to disagree. The wounds have been healing. The only thing lacking now, so that the wounds would fully heal, is for the Marcoses to willingly give up all ill-gotten wealth, which they have succeeded in keeping hidden since only a little has been recovered by the PCGG.

Others may consider that “little” a lot but, as Melanie Marquez would say, “That is only the tip of the icing.”

The country is not divided. It is only the paid loyalists who have separated themselves for the benefits they enjoy from supporting their masters. To prove my point, Bongbong Marcos even won as senator.

So, where is the division that Imee is talking about? It is burying her father in LNMB that will divide the country and will definitely reopen the healing wounds.

I have talked to many Ilocanos and they are happy that their Apo is buried where he is, which is “beside his mother,” according to Eric San Juan, while knowing that the body displayed in an air-conditioned glass case is not really his actual body.

According to Fr. Noel Dacuycuy of Iglesia Filipina Independiente, “Marcos wanted to be buried in the church where he was baptized.”

There is talk in the province that after he is buried in LNMB for a year, his body would be brought back to an Eco Park in Batac that is now under construction, and his remains will be placed at the highest peak of a mountain.

Imagine all this drama to revise history by making Marcos look like a hero and, therefore, help forget that he bankrupted the country to the tune of $28.2 billion—which left each Filipino, including babies, in debt for $505 by the time of the Edsa revolution.

Today, our external debt has more than doubled in 30 years. Although mostly due to interest payments, it still shows corruption and mismanagement are still very much around. But nothing can compare to what the dictator Marcos did to the country.

Please take note that our external debt at the end of the Macapagal administration was a mere $277 million. After 21 years of Marcos, this increased and multiplied over a hundredfold.

Inquirer columnist John Nery says that the Marcoses masterminded “the fourth occupation of the Philippines,” which is exactly how those of us who were incarcerated during martial law felt. And the unkindest cut of all was this was done by no less than a Filipino, who was convicted of murder.

When the Democratic presidential primaries began on Feb. 1, I predicted that Hillary Clinton would be the next US president. The way things are unfolding, she may even end up with a landslide victory.

On Oct. 26, she celebrates her 69th birthday and enters her first of the seven astrological planetary cycles, which will attract into her life expected and unexpected blessings, in the same way that Rodrigo Duterte last March 28 and Leni Robredo on April 23 entered their first cycles, propelling them to victory as Philippine President and Vice President.

Fortunately, Republican candidate Donald Trump is on a self-destructive mode. He is on his third cycle of physical energy and that is why you will notice how he seems not to get tired and brags about it, while Hillary is on her 7th cycle, which sometimes takes a toll on the physical body.

But this turns around on her 69th birthday, which is another good omen because 69 is the symbol of the balance between the yin and yang energies. My prediction has nothing to do with the polls, only with their astrological cycles in competitive activities.

Philippine Ballet Theater will conclude its 30th anniversary celebration with the classic Christmas favorite, “The Nutcracker,” on Nov. 18, 19 and 20 at the CCP Main Theater.

Performances are open to partnerships with groups wanting to raise funds. Contact Marichu Nepomuceno, 0917-5372887. Tickets are now available at the PBT office, 6328848.