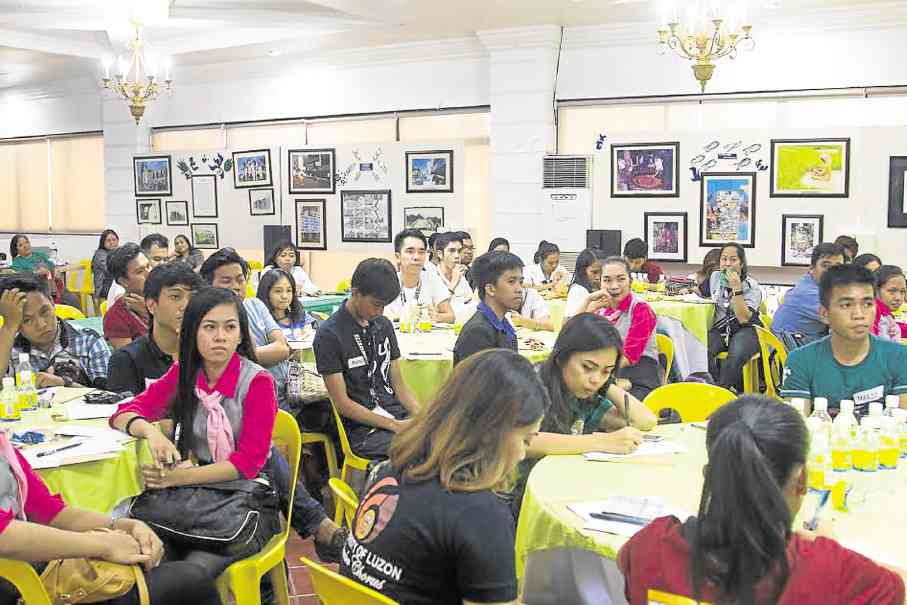 The National Commission for Culture and the Arts (NCCA) wants young Filipinos all over the country to take the lead in promoting, protecting and conserving cultural heritage.

Last Sept. 29-30, the Filipino Heritage Festival of the NCCA conducted a youth forum in Dagupan City. Some 60 students from different universities of Pangasinan province attended.

Before visiting this city, they have already successfully met and discussed cultural heritage with the youth of Masbate, Bacolod and Zamboanga. They are planning to visit Majayjay, Laguna, as their next destination.

“We organize these events in order for us to listen to the young people about their concerns regarding cultural heritage, the issues of their place, and how we can assist them,” said Fr. Harold Rentoria, OSA, head of NCCA’s Subcommission for Cultural Heritage (SCH).

Lawyer Lucille Karen Malilong-Isberto, head of the NCCA-SCH’s National Committee on Monuments and Sites, talked about the National Heritage Act of 2009.

Isberto said culture and heritage were protected under Article XIV of the Philippine Constitution of 1987. Pertinent provisions, she said, are:

Section 14. The State shall foster the preservation, enrichment, and dynamic evolution of a Filipino national culture based on the principle of unity in diversity in a climate of free artistic and intellectual expression.

Section 15. Arts and letters shall enjoy the patronage of the State. The State shall conserve, promote, and popularize the nation’s historical and cultural heritage and resources, as well as artistic creations.

Section 16. All the country’s artistic and historic wealth constitutes the cultural treasure of the nation and shall be under the protection of the State which may regulate its disposition.

The group also went to nearby Lingayen City and toured the Pangasinan Provincial Capitol which was built during the American colonial period.

At the closing of the forum, Fe Legazpi-Sinalo, head of the Culture and Arts Division, announced the establishment of a heritage organization—Taoir Dagupan Youth Association. (Taoir means “heritage” in Pangasinan.)

“There should be more training on cultural heritage conservation and maybe another one on how they will be able to utilize the cultural properties that they have for the development of the city and for tourism purposes,” he said.

“It’s time for us to protect the treasures that we still have because they’re… our identity,” Marzan said. “It’s a good thing now that the government has decided to incorporate local history to the curriculum of the schools.” —CONTRIBUTED