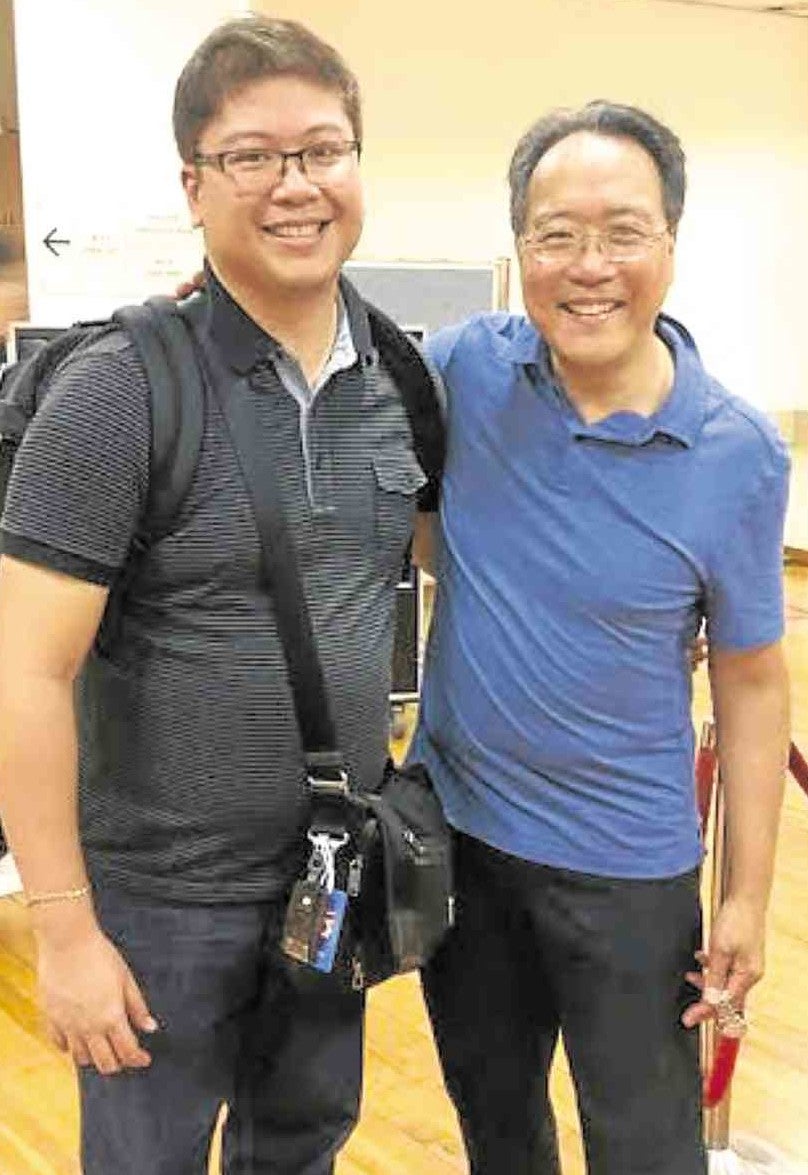 The orchestra’s new season opened in September to great reception at the Hong Kong Cultural Centre with cello icon Yo-Yo Ma as soloist .

The opening concert was the first assignment of Salonga as assistant conductor along with Hong Kong national Vivian Ip.

“I will still be with the ABS-CBN Philharmonic as music director,” he told the Inquirer.

Gerard learned about the opening in March this year while he was working with the HK Philharmonic and the Beach Boys. On June 13, out of 170 applicants, four candidates were short-listed. They went to Hong Kong for the audition before music director Van Zweden.

It lasted 30 minutes. It was a Monday. Friday, Salonga received a call from Raff Wilson, director of artistic planning, informing him he had been chosen.

Gerard said the job of an assistant conductor was to help the main conductor in any way possible. “Things can sound quite different in the audience compared to the podium. I’m there to listen in the audience during rehearsals, and if there are any problems with balance, wrong notes, intonation that are not addressed, then I can help. If any musicians have any questions that they don’t feel are appropriate for the rehearsal, then they can come to me. I also have to be ready to conduct any rehearsals or performances for whatever reason.”

“A funny moment when principal cellist Richard Bamping introduced me to him,” he recalled. “I, of course, said that pianist Cecile Licad was a friend, and after saying, ‘Of course, I know Cecile’, he even imitated her speaking style and her voice.”

The assistant conductor is expected to take over if something happened to the guest conductor.

Salonga pointed out: “That is an important part of the job description. Yes, I prepared as if I were going to conduct the pieces myself. It turned out to be quite useful, especially whenever players needed to ask me question. Knowing the music well also meant that I was listening in the hall with an informed ear, aware of any possible problems before they happened.”

Salonga added he was happy to work with Van Zweden, who will take over the New York Philharmonic in 2018. “Another good thing is to be a part of the Hong Kong Philharmonic, which hasn’t had a Filipino member in many years, and is now one of, if not the top orchestra in Asia.