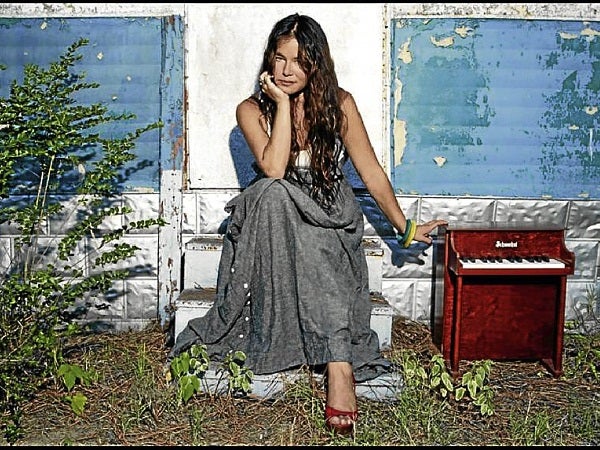 The long road to Chesapeake 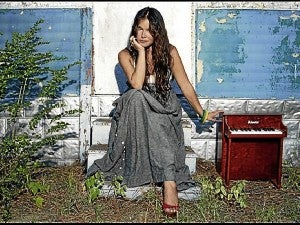 Excuse me, do you have extra tickets?”

I looked up to see an Asian guy, his hands pressed together as if in prayer, shifting his weight from one foot to another, as if to say, “Please, please, please have extra tickets.” It was a cold night and we were all standing outside the Brooklyn Knitting Factory for one reason—to see Rachael Yamagata.

“No, sorry,” we said apologetically.

We had purchased our tickets a month in advance and were glad we did. On the door was this sign: “Tonight’s show is SOLD OUT.”

It was the ninth stop of Rachael’s current 50-show tour across the US to promote her new album, “Chesapeake.”

Rachael’s road to Chesapeake was not a smooth one—there are reasons it took her three years to release this album. 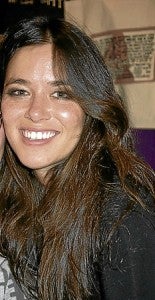 Rachael’s foray into music began with the Chicago funk band, Bumpus. After five years, she left to pursue her own career, performing in Chicago’s club circuit, singing the piano-driven ballads she had been writing for years.  Rachael’s emotionally charged shows drew audiences and word spread about her moving music and raw lyrics. In 2003, she released her first EP and followed it up with “Happenstance,” her full-length debut, in 2004. Both records were lauded by fans and critics.

The press gave Rachael a lot of attention, using phrases like “gorgeous effortlessness” and “soul-soothing” to describe her and her music. She was compared to Fiona Apple and Norah Jones. She was declared “the next big thing” by numerous publications, including Teen Vogue, Rolling Stone and The New York Times. She became known as heartbreak girl, as the breakup poet. Her songs appeared on a number of TV shows such as “Grey’s Anatomy,” “How I Met Your Mother,” “Smallville,” “ER,” and “One Tree Hill.” She’s performed on “30 Rock,” “The OC,” and “One Life to Live.”

Her music has invaded the big screen too—her songs were used in the films “Prime,” “In Her Shoes,” “The Sisterhood of the Traveling Pants,” “Monster-in-Law,” among others. She’s collaborated with different artists such as Jason Mraz, Rhet Miller, Ray Lamontagne and Ryan Adams. Mandy Moore called her an amazing mentor. She’s toured around the world, her memorable stops include in Singapore and Japan.

Her star seemed destined to keep shining. And then, just as she was about to release her second full-length album in 2007, her record label dropped the ball. “Elephants… Teeth Sinking Into Heart” became the casualty of a restructuring in RCA and Rachael was dropped from the label. 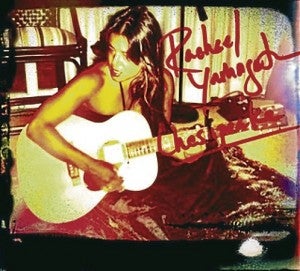 It was with Warner Bros. that she was finally able to release “Elephants…” in 2008. The new album, which she described as “darker and grittier” was once again received warmly by fans and critics. One critic called it, “Searingly brilliant.” Once again, her music took her on the road and back on TV where she did the late night show rounds. But when she began working on her third album—when she had five demos ready—big label bureaucracy struck again. Her A&R (artist and repertoire) guy left Warner and the label shelved her project. Realized there was no progress, she soon asked to be released from her contract.

Rachael knew what she had to do. If she wanted this record out, she was going to have to do it on her own.

Except she was never really on her own.

John Alagia, known for his work with John Mayer and Dave Matthews Band and who worked with Rachael in Happenstance, returned as music producer. Rachael rounded up what she calls her dream team, “the kinds that have taken years to find and make history with.” Together, they invaded John’s home in Chesapeake Bay to make music. Rachael wrote in a heartfelt piece on her website, “We’ve been saying ‘there’s a lot of love in the room’ and there must be because schedules have been routed, carpools arranged—anything to help a girl now financing her own career full throttle.” Her team includes Victor Indrizzo, who took a week off from Sheryl Crow’s tour to lay down some drum tracks, Mike Viola who cowrote some of the songs in the album, Kevin Salem and Tom Freund.

They transformed John’s house into a makeshift studio, with the grand piano in the bedroom, the drums in the kitchen and the microphones for vocals in the bathroom (“because that’s where we get the best sound”). While working on the album, Rachael lived in a tent during so the musicians would have space in the house. 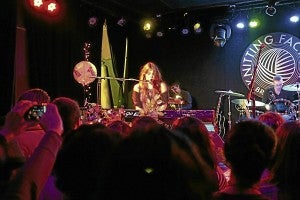 “The stash of cash that Dad put away for my wedding has been put to use here along with whatever frequent flyer miles I knew I’d use someday,” Rachael said. She also launched her PledgeMusic campaign online, asking fans to help fund her project. Those who wanted to pledge were given the chance to choose different incentives—from signed CDs, shirts and special edition vinyl to handwritten lyric books, a Skype session and the skirt she wore in the Worn Me Down music video.

Her fans responded with gusto. They surpassed the goal quickly and hit 188% with 1,576 pledges.

Wedding money and fan pledges in hand, they brandished their creative freedom and continued working on the album which was finally released through Frankenfish Records, Rachael’s own label, in October.

Rachael wrote, “Midway through recording the album, we had a listening party BBQ where one person said to me that the songs sound like I’m in control of my own life now and I think she is right.”

The record has only been out for a month but it’s already gotten great reviews, receiving nothing but five-star ratings on iTunes and Amazon. Critics have described Rachael as “a voice that’s to die for” and Chesapeake as “Yamagata’s biggest-sounding record yet, and one that seems to grow even better with age.” Her shows continue to sell out. 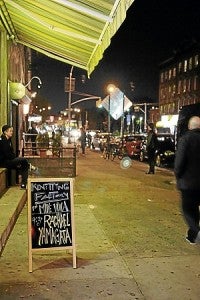 A lot of love

That night, at the Brooklyn Knitting Factory, fans kept shouting requests for her to play her old hits. “The Reason Why!” “Be Be Your Love!” “1963!” they hollered.

“You hate the new songs, I know,” Rachael said to the crowd, jokingly.

“Noooo!” they shouted in response.

When Rachael played the new songs, they got a lot of love.

And there is a lot to love about the new songs. Her past records have been embraced for being heartbreaking and dark and while this record offers the same fantastic vocals and intimate sentimental exploration Rachael’s fans know and love, this time, her optimism shines through.

Even If I Don’t is lush and lovely, Starlight is strong and sassy, The Way It Seems To Go is playful. The songs are an intoxicating mix of sad and happy, angry and hopeful, sexy and funny—and they’re real, as real as the woman singing them.

After her set, Rachael hung around to talk to her fans. The gig didn’t feel like a gig, it felt more like a party, a celebration. And there is a lot to celebrate.

Chesapeake is a triumph on so many levels—and not just because of the great music. It is the triumph of a musician who just wouldn’t quit, a woman determined to pursue her passion, friends so generous with their talent, time and love and her fans who didn’t waiver in their faith. Chesapeake is a middle-finger salute to the big label bosses and pop star-spitting machines who let talent slip through their fingers, a nod to other musicians that yes, it can be done.

Rachael Yamagata is free from the shackles of big record labels and she’s back with a vengeance.

“Chesapeake” is now available on iTunes and Amazon.com.