Why I fell in love with Kota Kinabalu | Inquirer Lifestyle 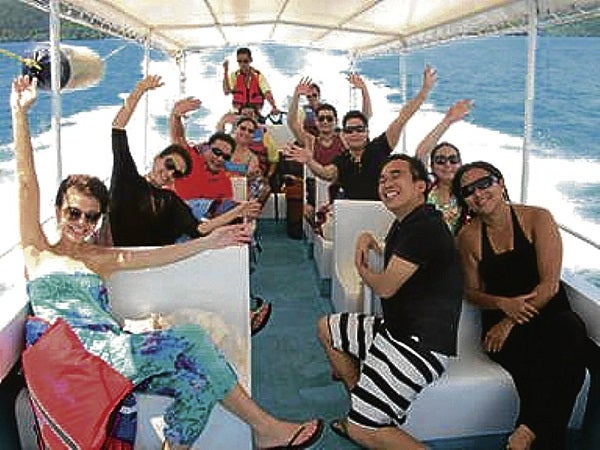 Why I fell in love with Kota Kinabalu 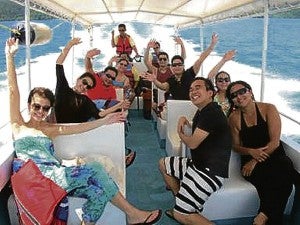 As I took the Air Asia flight to Kota Kinabalu for the weekend, I had no idea what to expect from this small city in Sabah, Malaysia. All I knew was that I was very excited to discover a place and to immerse myself in the local culture. Little did I know that three days would not be enough to see this beautiful city.

Kota Kinabalu is a beautiful treasure on the tropical island of Borneo, Malaysia, a sanctuary of life which possesses the natural gift of fine culture, endearing hospitality and people, sumptuous cuisine and breathtaking marine and exotic preservations.

Here’s a list of the things that made me fall in love with Kota Kinabalu:

Each room has its own Jacuzzi in the balcony which offers the best setting for a nice and relaxing night.

This is a great sanctuary to take pleasure in after a tiring but fun-filled day. 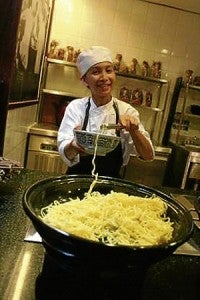 For dinner, we were treated to a buffet of assorted local and international cuisines at the Tepi Lauy Makan Street. It offered freshly cooked roti with tasty curry, noodles made to specific preference, various satays, freshly grilled seafood and many more, which filled our hungry stomachs to start off our stay.

We then moved to the Coast Restaurant and Bar, which boasts fascinating interiors, including these big jellyfish-like lamps that give that underwater vibe.

Rasa Ria provided us with only the finest leisure activities and enticing amenities. Each night’s stay in this resort was memorable.

One activity we missed due to lack of time was the feeding of the orangutans at the Orangutan rehabilitation center just a few steps away from the resort. That’s one activity I would definitely like to do the next time I’m in KK.

The Manukan Island, one of the more popular islands in Sabah, gave us a wonderful treat and adventure as the clean blue sea abundant with marine life lured us to a Sea Walk Adventure.

This island is known for this exciting activity—guests are lowered in the water wearing a heavy pressurized helmet and made to walk under water.

Sabah’s rich marine life was awe-inspiring. We also learned that Sabah’s coral reefs are home to some of the largest, most varied communities of marine life on earth. Our tour guide, June Prudente, who incidentally is of Filipino-Malaysian descent, led us to one of the best visited places in Sabah, which is Manukan Island and gave us knowledge and thorough understanding of its culture and natural resources.

Our next destination was the Shangri-La Tanjung Aru Spa and Resort with its own Chi Spa. This resort is a family vacation spot. The scenic water park is perfect for kids and kids at heart.

But the best part of this paradise was the great indulgence it provided by way of massage, scrub and treatment in the cabanas of spa. The therapist suggested I take the Mountain Tsampa Rub, which used tsampa barley and essential oils. It was truly an invigorating activity to recharge and relax after a strenuous day.

After the relaxing massages, we had a sumptuous buffet dinner at the resort’s Café Tatu, whose interiors was similar to that of Tides at Shangri-La’s Mactan Resort. As expected we were treated to a smorgasbord of local and international food. Capping it off was a milk tea drink which became my favorite. The Teh Tarik, which is called the Malaysian “Pulled” Milk Tea, is made of local black tea with cream and sugar. 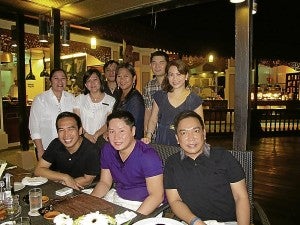 Sabah’s hospitality is comparable to the Philippines’, especially since a considerable percentage of the people who live there are of Filipino-Malaysian descent.

Sabah’s citizens show their courtesy by putting their right hand on their chest as they take a bow, which I found very endearing. The people here made us feel welcomed and at home even for a short stay. This remarkable experience was truly unforgettable and heartwarming.

Special mention goes out to Sabah Tourism Minister Dato Seri Tengku Adlin for being so gracious and hospitable and for making all the arrangements for us. If we had stayed longer he would’ve arranged for us to explore Kota Kinabalu and take part in such activities as mountain climbing, paragliding, scuba diving, and many more.

5. Air Asia—Now everyone can fly This tagline might sound familiar but Air Asia is actually the originator of this famous line. I’ve never flown on this airline until now.

Air Asia flies to Kota Kinabalu and other destinations once a day. Apart from the airlines’ cozy seats and interiors, another plus was the very accommodating cabin crew. We flew out of Clark International Airport and it took no less than one hour and a half to get there.

Though I’m not really a big fan of airplane food, I couldn’t resist the barbecued chicken with veggies which was yummy down to the last bite.

The flight was comfortable, the pilot was good and the food was good.  I knew this would be an awesome trip.

The diverse and dynamic culture of Sabah is quite interesting and akin to our own country. Did you know that Eastern Sabah once belonged to the Philippines?

The Sultan of Brunei had ceded the Northeast part of Sabah to the Sultan of Sulu who eventually granted the North Borneo Chartered Company, a permanent lease over the territory.

Sabah offers different sights like Mt. Kinabalu, the 20th tallest mountain in the world and the tallest in Borneo’s Crocker Range, which was incredibly breathtaking.

It was also amazing to know how Sabah government has maintained the culture of the sea gypsies who live in houses on stilts. Most of the residents came from Sulu.

Apart from the sights and culture, what made me love this trip was the company of newfound friends. There was never a dull moment in our group. We even had a make-believe beauty “pageant.” So to “Ms Philippines,” “Ms Persia,” “Ms Hanoi,” “Ms British No More Virgin Islands,” “Ms China,” “Ms Air Asia,” “Ms Venezuela,” and “Ms Japan,” this is Ms Curacao bidding you a heartwarming “Terima Kasih.”