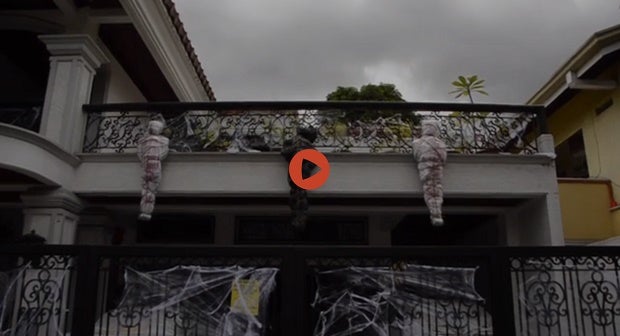 The owner of the house denies the controversial Halloween display is related to extrajudicial killings, but for village residents and passersby, the “mummies” may be a sign of the times.

The house along Orbit Street, Bel-Air II village in Makati City features three human-like figures wrapped in garbage bag and ropes, hanging around its second-floor terrace. Another figure hangs by the left side of the house near a suit of armor with a monster-like head.

Meanwhile, the gates are covered in fake cobwebs.

A close-up of the white plastic-covered figures would show red paint underneath to depict blood stains.

The grim decorations are reminiscent of the victims killed by supposed vigilante groups involved in the administration’s relentless war on drugs. KS/RAM