Yegads! Is this a ghost I see before me? | Inquirer Lifestyle ❮ ❯ 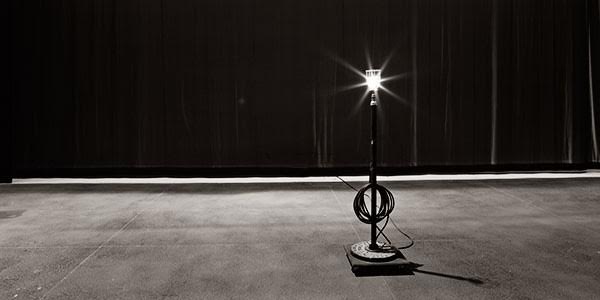 Emily Mann: “When a theater goes dark for the night, a stagehand leaves a lighted lamp on stage… Some old timers say it is to keep the ghosts away. Others say it lights the stage for the ghosts to play. Whichever theory one adheres to, most people agree: A great theater is haunted.” —PHOTO BY PAUL BUTZI

Yegads! Is this a ghost I see before me?

When a theater goes dark for the night, a stagehand leaves a lighted lamp on stage. No one knows why anymore, but some oldtimers say it is to keep ghosts away. Others say it lights the stage for the ghosts to play. Whichever theory one adheres to, most people agree: “A great theater is haunted.”

So said multi-awarded American director and playwright Emily Mann. For some Halloween fun, here are encounters with stage ghosts and haunted theaters by theater artists.

Adriana Agcaoili, actress,  Gantimpala Theater and Dulaang UP. When I was a freshman at the University of the Philippines, I was told that one of the theaters had a resident spirit named Marita and that she usually made her presence felt backstage left, especially when a female character was maltreated on stage.

I was doing stage management for a show and I was assigned at backstage left. When Tess Dumpit started weeping after her character was humiliated, a lower-pitched female voice started groaning and sobbing along with her—from backstage left!

My hair stood on end. I thought I was imagining that unearthly sound. But my companions whispered, “Who’s making fun of your leading lady backstage?” They had heard it, too! My wide eyes told my answer. I had goosebumps till the end of that show.

Roeder Camañag, artistic director, Artist Playground. In that same venue (UP’s Guerrero Theater), I was supposed to slap my co-actress, Jean Judith Javier— but a hand stopped my arm. I was frightened because I realized both of Jean’s hands were on her navel. My costume bracelet fell off my arm in the opposite direction of the slap. Later on, an audience member said he saw the bracelet move up my arm and thought it was a special effect. Marita doesn’t like it when women are hurt on stage!

Oliver Usison, actor,  Repertory Philippines. During a workshop, Rep’s resident sound engineer was fixing the speaker cables in the orchestra pit underneath the stage. Kids were running all over the place. He saw a girl standing with her back turned towards him. He thought she was being naughty, as students were not allowed in the pit. He called out to her. She slowly faced him with a very angry look on her face. He immediately realized she wasn’t one of the students. He ran as fast as he could out of the theater.

Aries Alcayaga, stage manager, Philippine Educational Theater Association. When we were rehearsing this play, the cast started getting injuries every day. One actor noticed that a small chair on the stage had been missing for a few days. Another actor pointed out that the chair was for our “munting audience.” We looked for the chair and returned it. We also had a priest bless the stage and we left some food for the little guests. After that, the actors stopped getting injured.

Jonathan Tadioan, actor,  Tanghalang Pilipino. One of our crew members arrived early for our call time. While he was in the restroom, he heard knocking on the door of the cubicle he was using. When he glanced down, he saw a very hairy foot.

Topper Fabregas, actor/director/cofounder, Red Turnip. Actress [and Red Turnip cofounder] Cris Villonco is as white as a ghost. Does that count? —CONTRIBUTED