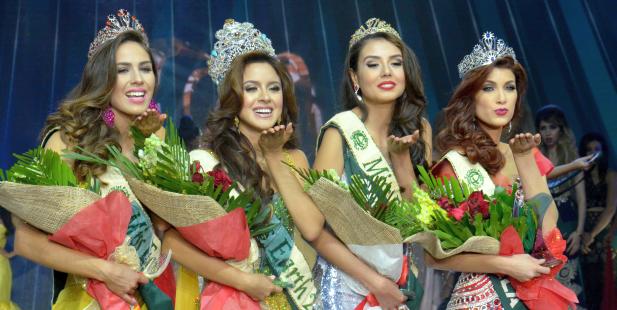 PASAY CITY — Ecuador scored its second win in the Philippines this year as Katherine Espin bested 83 other aspirants in the 2016 Miss Earth pageant, just a month after her compatriot Angela Bonilla took home the 2016 Miss Global title, which was also staged in the country.

Espin led the “Latin invasion” in the 2016 Miss Earth finals at the Mall of Asia Arena in Pasay City on Saturday night, with three other South American beauties comprising her court.

Espin is the second Ecuadorian woman to win the Miss Earth crown, following Olga Alava who won in 2011.

The Philippines’ bet, Imelda Bautista Schweighart from Puerto Princesa City, failed in her bid for a “three-peat” for the Philippines, after the back-to-back victories of Jamie Herrell and Angelia Ong in 2014 and 2015.

The Palaweña did not even advance to the semifinals.

The Miss Earth winners are expected to work on environmental projects. This year’s contest focused on climate change.