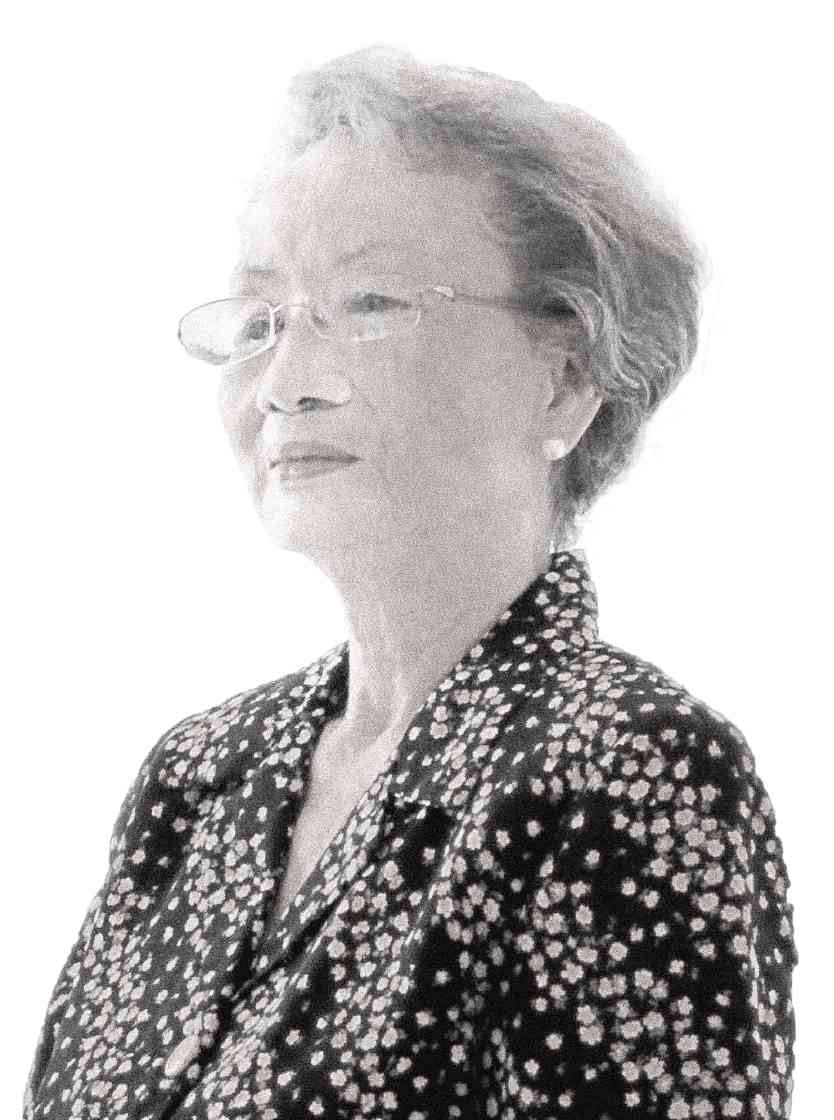 The author’smom in a recent photo

Eating away my grief

In existence, I think one’s mother is, generally speaking, the strangest, most unpredictable and elusive person one meets.”  —Marguerite Duras

Mommy and I didn’t have the most buoyantly cheerful of mother-daughter relationships. But whatever differences we had, things were always patched up by food, especially food prepared and cooked by her.

Since she died last May, I’ve dealt with her absence by filling it with food. Not just any kind of food but the kind that reminded me of what she used to serve the family on regular days and special occasions—humba, menudo, mechado, kare-kare, callos, adobo.

Because I still, by choice, don’t cook, I sought out the food of my childhood and youth in various restaurants in the resto hub that Barangay Kapitolyo in Pasig has become.

What put a halt to my overindulgence (dining alone in restaurants, even enjoying a buffet lunch by my lonesome) was a case of gastroenteritis and severe dehydration that landed me in the hospital.

My creatinine level shot up to the hundreds, my kidneys were doing only 24 percent of their function.

The doctors and medicines were able to turn the numbers around to normal in 24 hours during which I did a thorough examination of conscience. Certain realizations surfaced while I was flat on my back with an IV drip attached to my arm.

“Was it possible that I might be expressing my grief by overeating?” I asked my doctor.

She said it was, citing her own experience. When her own father died, her family made it a Sunday ritual to visit the grave, then go out for lunch every week for a year. Then they noticed they were all putting on weight and they decided to stop and just have monthly reunions.

I envied my sisters who could express their grief through copious tears shed when certain memories of Mommy were triggered—finding Mom’s hairband, preparing her clothes for giving away to charity (I kept her shawls and handkerchiefs for myself), praying for her soul’s repose at the family altar.

Mom’s ashes were inurned in a columbarium four months after her death. Again I watched my sisters cry their eyes out when the day came to say goodbye to the urn holding her remains.

But my tears wouldn’t come. I did look forward to the comida china afterwards where the family gathered around a table while a lazy Susan was swung clockwise and counterclockwise as we helped ourselves to food, food, glorious food—that was all in my mind and rumbling tummy.

I still am the object of fat lady jokes from the family although I’ve made the effort to cut down on binge eating, and do gentle exercises that aren’t hard on my joints.

“Why did I let myself go on your account?” I’d ask while gazing at Mommy’s picture when she was a slender young adult.

Maybe it was a form of rebellion going as far back as my teens. Mom kept her figure all her life, even after her eighth baby—I didn’t want to be like her.

She cooked like a pro—her morcon is irreplaceable. I never did the dutiful daughter role by learning how her dishes were done. She followed no recipe and relied on her estimates and instinct the way most of her generation did.

Mom was a loyal office worker. Her years of service ran to decades whereas I would leave at the first sign of discontent.

I guess I harbor a vestige of guilt. Her deathbed request to me was to give her a sip of Coca-Cola after a meal of broth and gelatin. I explained to her that because of the scarring in her guts, Coke would only hurt her so I practically forced water on her.

Bad girl! I should’ve, I should’ve given her a few sips of Coke! But I wouldn’t have been able to stand the sight of her cringing in pain from stomach spasms.

After I texted friends and family announcing Mommy’s death, Sr. Perla Macapinlac, ICM, of the House of Prayer in Baguio immediately responded: “My prayers for her and you. She has only gone home to God, but God’s home is everywhere in the universe, including our hearts, so your mother has not gone away. She is right there in your heart.”

And in my gut, I hasten to add, where Mommy, early in my life, left her indelible imprint. —CONTRIBUTED