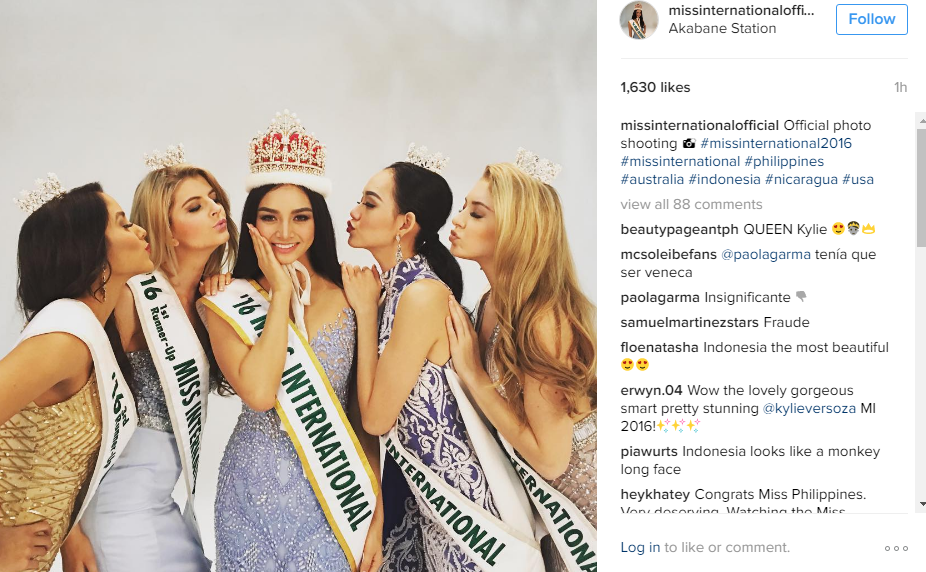 A photo posted by MISSINTERNATIONAL (@missinternationalofficial) on Oct 29, 2016 at 10:19pm PDT

Days after winning the crown, Miss International 2016 Kylie Verzosa is living the dream as reigning queen, and one of her first tasks is an official photoshoot.

The official Miss International Instagram account on Sunday shared a photo of the first official shoot of the pageant winners.

The photo showed Verzosa at the center wearing her crown surrounded by her runners-up from Australia, Indonesia, Nicaragua, and the United States.

Verzosa, a favorite in the 2016 Bilibining Pilipinas pageant, said international understanding and mental health awareness will be the focus of her advocacy projects./rga