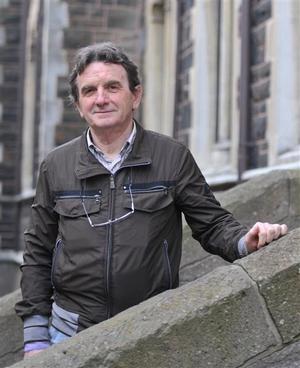 Because of the devastation wrought on various important cultural heritage sites in the Visayas by the Bohol earthquake and Supertyphoon “Yolanda” (Haiyan) in 2013, national cultural agencies and a number of private institutions are drafting the “Philippine Standard on Conservation” similar to already established international charters passed in Venice (Italy), Burra (Australia) and Nara (Japan).

Involved in the discussions are the National Museum (NM) of the Philippines, International Council on Monuments and Sites Philippines, National Commission for Culture and the Arts, University of Santo Tomas Graduate School-Center for Conservation of Cultural Property and Environment in the Tropics, and US-based Philippine historic preservation society, Bakas Pilipinas.

Galicia said that stakeholders’ symposia would be held in other parts of the country and that the standard could be developed in one to two years.

Galicia pointed out the importance of the stakeholders in the restoration and reconstruction of heritage structures.Bishop Leonardo Medroso of Tagbilaran, Bohol said the locals were already involved in the conservation of churches, explaining that “to actively involve them and let them participate, is a very very important question asked and our priest and me as bishop, we would like our people to be real participants in this matter by calling them together for meetings.”

“We really want to have a good job with the stakeholders, movables and immovables, intangibles, networking with the international community of experts [in] developing or supporting or promoting our own national experts,” he said.

Claudio Modena, a structural engineering professor at University of Padova in Italy, said he had made a quick assessment of damaged churches.

Modena said “the positive aspect is that the churches have very sound structural, general construction characteristics,” but noted the weakest places are the façade, transept and main nave.

“I believe that the system here is substantially sound from the structural point of view,” the Italian expert said. “Maybe some improvement regarding the stabilization of the façade which is evidently the weakest point.”

Modena praised his Philippine counterparts for “doing the right things in Bohol.” —CONTRIBUTED