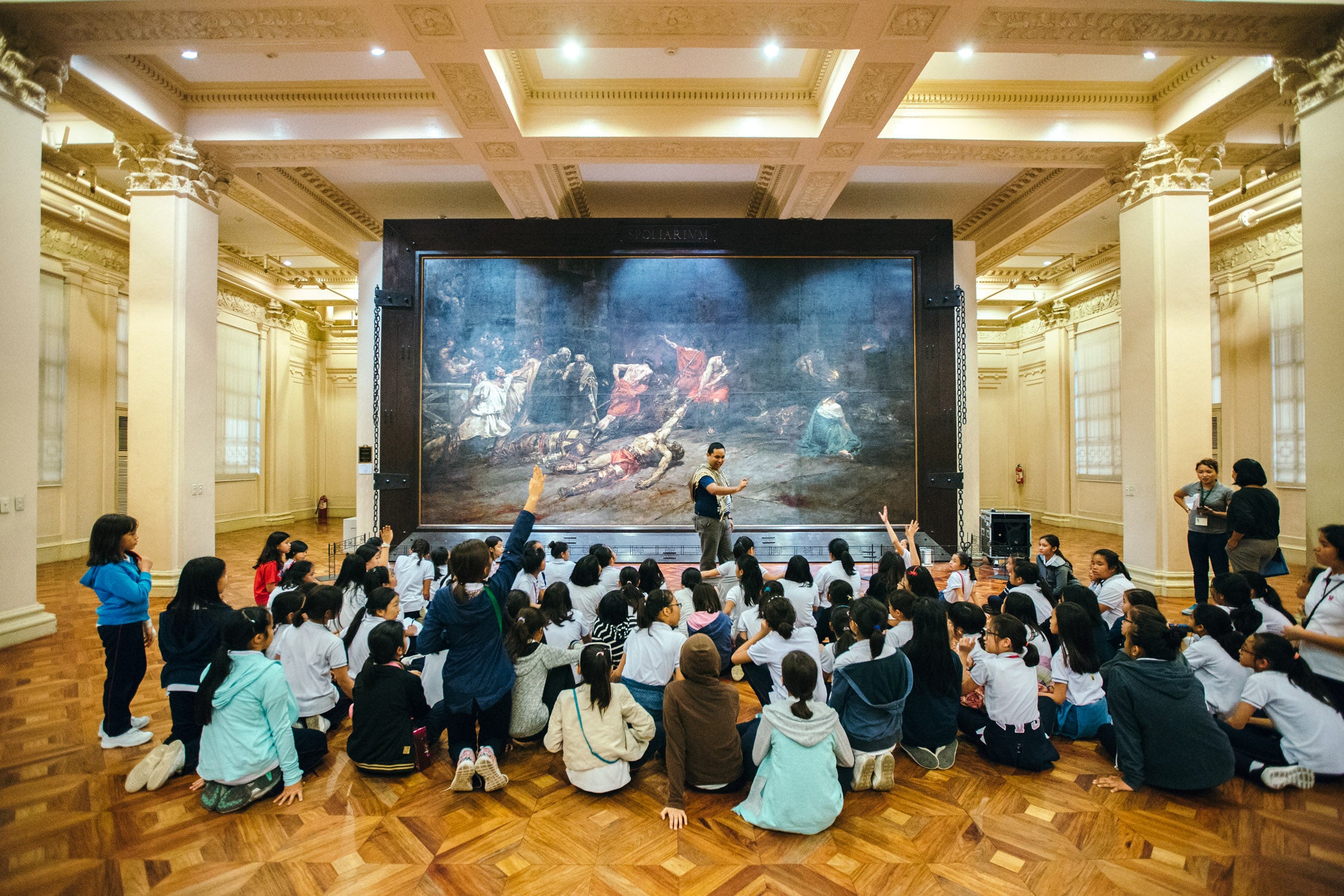 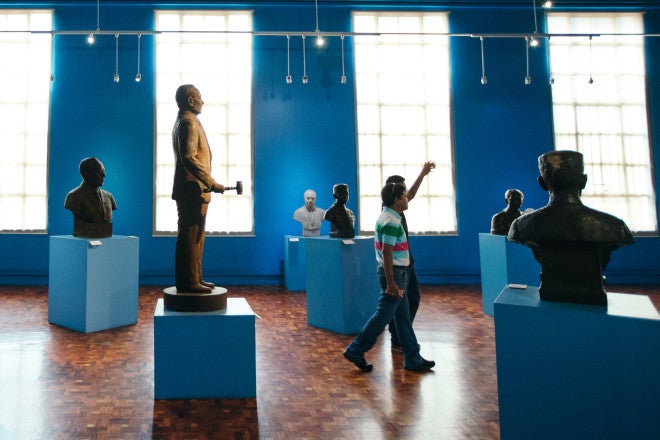 I have been visiting the National Museum of Fine Arts twice a year for the past half-decade, and these visits were more or less the same: the thin crowds, the nearly deserted hallways, the silence that filled the galleries. Such visits, though always enriching, inevitably ended with me wishing that more people would come.

Yet my most recent visit was entirely different. As I entered the lobby, I noticed that there were more people than usual. There were students in their uniforms, families of three generations, and trendy youth garbed in casual urban strolling alongside coiffed seniors. They trudged up and down the corridors, entered and exited rooms one after another, all the while talking among themselves as they contemplated the artworks.

True to the intention of its builders, the National Museum of Fine Arts is a building that is hard to miss. Situated on a busy intersection in the heart of Manila, the museum is a sprawling neoclassical structure; grand and beautiful, somber yet intriguing, with stately Corinthian pillars lining its façade and an ornate pediment for its crown.

The building, built in 1921, was designed by Ralph Harrington Doane and Antonio Toledo. It was originally intended to serve as the National Library-part of Daniel Burnham’s grand plan for the capital. It was eventually converted into the Legislative Building in 1926. Much of the original edifice, however, was destroyed during the last days of the Second World War.

The structure was reconstructed in the 1940s, after which it became the Congress building. Following decades of shifting roles, during which it served as home to various offices, the building was finally turned over to the National Museum of the Philippines in 1998—an incarnation that it retains to this day.

Over the years, the museum’s collection has been steadily increasing.

Today, there is a whole set of galleries organized into eras, media and themes. There is a gallery showcasing religious art from the Spanish colonial period; a number of halls that feature paintings by Ilustrado artists Juan Luna and Felix Resurreccion Hidalgo as well as those by their contemporaries; an exhibit of 19th-century portraiture; rooms dedicated to sculptures of Isabelo Tampinco and Guillermo Tolentino among others; and collections upon collections of works from the American era and beyond.

On the third floor, at the very center of the structure, is the old session hall of the Senate, which is among the few sections that remained intact after the war. The hall had recently undergone restoration work. Massive and cavernous, the hall is the backbone from which the wings of the structure spread out. Inside, a visitor can marvel at the splendor of the original neoclassical edifice.

Two side aisles flank a central space that rises three stories high to the intricately decorated ceiling. A mezzanine runs through three sides of the hall, separated by balustrades and Corinthian columns. Above, the entablature features the carved figures of great lawmakers and leaders, included among them Hammurabi and Solon from the ancient times as well as the mythical Kalantiaw and the revered Apolinario Mabini. Regal in their stance, they seem to serve as guardians to the rule of law and embodiments of the triumph of civilization.

Centerpiece of the museum, of course, is Juan Luna’s celebrated oil-on-canvas painting, “Spoliarium,” an enormous work measuring more than seven meters in length and four meters in height. It dominates what was once the House of Representative’s session hall.

A visitor to the main gallery is first greeted by the vision that is Guillermo Tolentino’s winged sculpture, “Diwata.” The piece stands before a partition that obscures the rest of the hall, seemingly a muse that presides over the affairs of fine arts.

Even from a distance, “Spoliarium’s” spellbinding presence is palpable. It summons the visitor to come closer, stand in the middle of the hall a good 10 paces away from the canvas, and allow the gaze to spontaneously wander through the complex composition.

Luna’s painting is grisly in more ways than one. It is a picture not only of death, but also of barbarity, and its treatment of violence disquieting in its accuracy. The gladiators are dragged like animals, the spectators look hardened, the soldiers apathetic, and the few who mourn are largely ignored. Even the gray flagstones are murky, and surprisingly realistic in how they capture the way a blood-spattered body leaves behind smears of blood.

There is a certain quality about the way Luna cloaked the painting in shadows that piques curiosity. The viewer feels the urge to see beyond what the painting shows, enter the depth, and uncover what takes place in the darkness.

“Spoliarium” refuses to be pure beauty; rather, it labors to express oppression and suffering for the horrors that they are. And though set in a time and culture foreign to Filipinos, or, for that matter, to any modern audience, “Spoliarium” conveys familiar sentiments, especially in Luna’s own time when the Philippines was still enduring the privations of colonization. The painting is equal parts work of art and political commentary. And more than a century later, it has acquired the state of being a lesson on history. Perhaps it is on this power to rouse fervent and at times contradicting emotions, and on its layered significance, that ingenuity of the painting lies. “Spoliarium” is at once grotesque and beautiful, macabre and arresting, ancient and timeless.

The National Museum of Fine Arts is a tribute to the power of art to create beauty, chronicle history and, above all, communicate ideas, and no other piece demonstrates this better than the treasured Luna that resides in its very heart.