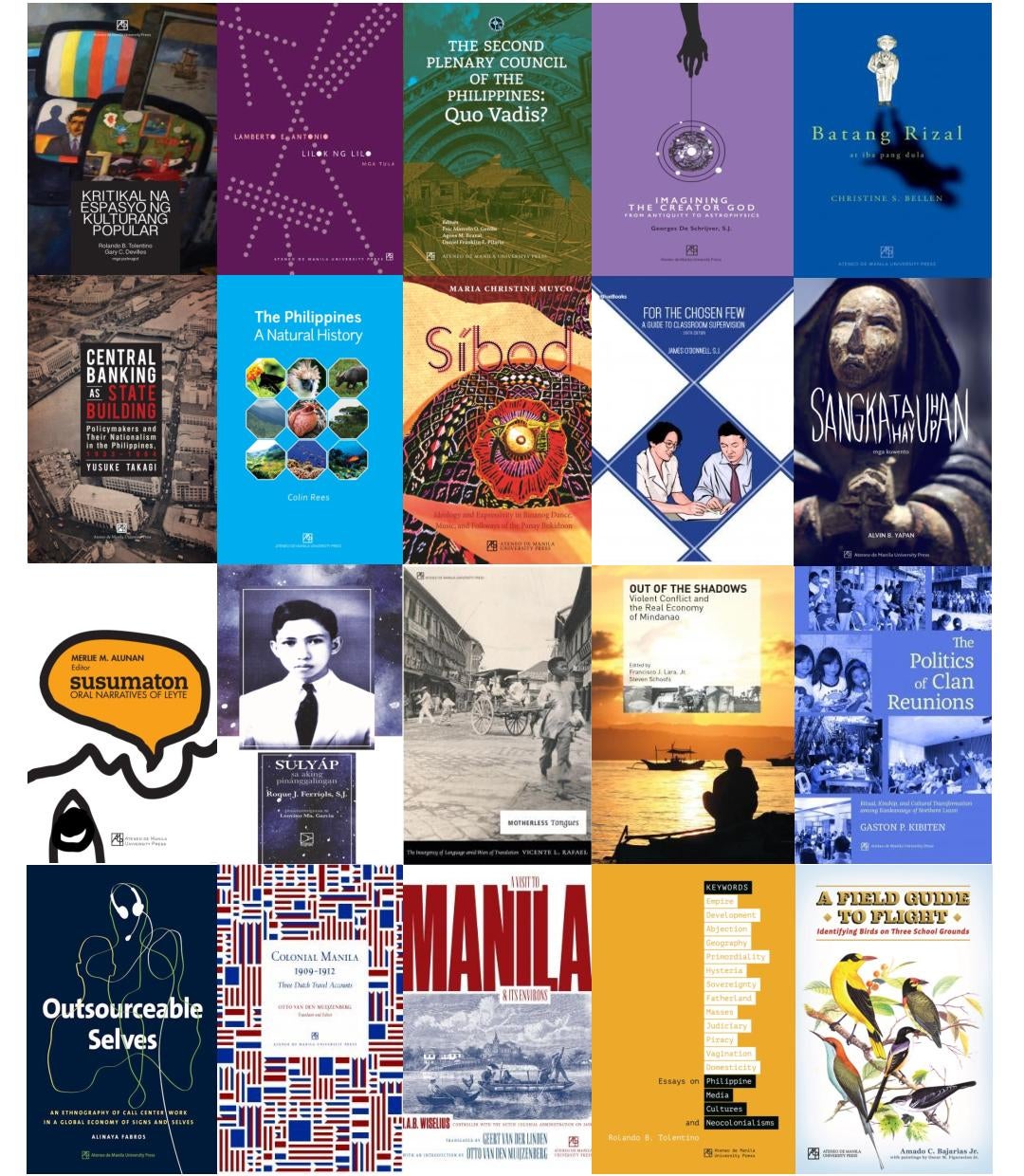 The Ateneo de Manila University Press on Tuesday will unveil 21 new books in its list, covering diverse topics such as theology, history, media studies, science, anthropology and even an illustrated guide to bird watching.
In cooperation with the Rizal Library, the Ateneo Press will launch “Harvest 2016: The Ateneo de Manila University Press Grand Launch,” which will be held on Nov. 8, Tuesday, 4 p.m., on the fifth floor of the Rizal Library.

University President Fr. Jett Villarin, SJ, and University Press Director Karina Bolasco will lead the ceremonial presentation of first copies to the authors, many of whom will be on hand to receive the copies. A book signing session will end the program.

The 21 titles, which will be available at 10-percent off during the launch, are the following: