The chef and author says he sees Peru not so much as dining destination but more as “a place where you can feel food, culture and people sharing and being happy.”

Raymond Sokolov, in his book “Why We Eat What We Eat” (Summit Books, 1991), wrote about his visit to Peru and the unusual ingredients he encountered.

When the book was published, the leftist group Shining Path was still creating havoc in Peru’s political life, and the few restaurants that served Peruvian cuisine could be likened to the Philippines’ carinderia. Even then, Sokolov wrote about the grain quinoa, which he said was “the darling of the health food world.”

Today, Peru’s capital, Lima, has more than 2,000 restaurants, some of them in the Michelin Guide and many listed among the world’s best restaurants. One of its famous chefs is Virgilio Martinez, who launched his book, “Central” (Phaedon, 2016), through the Kitchen Bookstore company Sunday at Shangri-La at the Fort.

Also on that day in the same hotel, he cooked dinner with another Peruvian chef, Mitsuharu Tsumura of Maido.

Central is likewise the name of Martinez’s restaurant, and the latest news is that it’s relocating from Lima to Moray.

In an interview with Martinez via e-mail, he discussed current food issues, and how Filipino cuisine can attain the international prominence that Peruvian food has achieved.

Quinoa used to be the staple food of Peruvians, especially the lower-

income group. But now it has become much-coveted in wealthy nations because of its health benefits. The high price it commands has made it prohibitive to ordinary South Americans. And Peruvians who grow them would rather sell and eat probably a less healthy alternative. What is your view on this?

At this point, we are clearly seeing Peruvian ingredients traveling and increasing their visibility, promotion and prices all over the world. 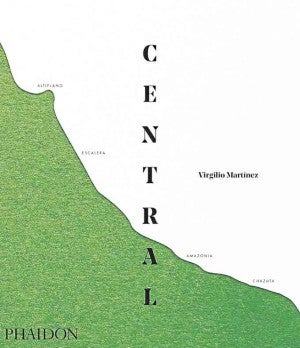 Ingredients such as camu camu, maca roots, kiwichas, native potatoes, unique corn, cacao, coffee and many others are doing well, in line with what the producers want to achieve, without damaging their environments, family structures or the health of their communities.

I am not opposed to consumption of quinoa abroad. Actually, I celebrate it. It is the way it happened that cannot be repeated, with producers losing their freedom to choose. That’s terrible.

What happened with quinoa was not planned by these specific quinoa producers. It was planned by influential groups and corporations without permission from the real producers, the people who live on and work the land. As a result, economies and well-being were hurt in certain Andean communities. That is not the way to work, and we do not support that process.

However, what happened years ago doesn’t have to be the final story for Peru, a country with such a diversity not only in produce, but also in cultures.

Peru is prominent in the culinary map, with Mistura, the yearly gastronomic event, and the many restaurants that have won for the country travel awards as a culinary destination. What are your ideas on how to sustain this interest in the cooking of your country?

Although important, Mistura is just one piece of Peru: how we live for food, how we feel it and love it. Mistura is only Mistura. There has to be innovation for the next thing to happen. I see Peru as a great example of how food can transform people, places and behaviors.

We as chefs don’t see Peru as a dining destination; we see it as a place where you can feel food, culture and people sharing and being happy. That will continue to attract people to experience something which is authentic and very emotional. No special effects, no marketing needed. We need to protect our ecosystems, our geography, food, produce and people.

What would you say was the beginning of this interest in Peruvian cuisine?

The notion of real fusion! Fusion understood as mixed cultures has been happening for years; there is nothing fake about it.

You started Mater Iniciativa as a research initiative to provide your restaurant, Central, with new indigenous ingredients you could use. Has the purpose changed to something larger than just for Central?

Yes, it goes beyond Central, to the registration of products and the experiencing of things that we never imagined would be part of our joy. We are responsible for sharing it not only with Peruvians, but with the entire world. There is a strong message of preserving natural ecosystems. With Mater Iniciativa, we are in one of the most biodiverse places in the world. There is no turning back. We are not just cooking for people at Central anymore; there is so much more to give.

When you were speaker at Madrid Fusion Manila 2016, those who attended watched how you presented your food using many Peruvian ingredients, including fish bones, to present the same fish. Did you learn something about Filipino cooking in the short time you were in Manila? What advice can you give regarding lifting our cuisine to the international level you and many other Peruvian chefs have done with your own cuisine and ingredients?

I went to the markets. It was a joy to see your algae, fish—to even cook in the market the fish with lime, as you do. I see you have much to show in terms of products. I was surprised by many things I hadn’t seen before: vegetables, seafood, your way as a melting pot in combining different cultures in a casual way. Family-style food was also something new for me.

My advice: Show your stuff with confidence and pride. You will easily surprise people around the world.