Go girls: These girl groups should get together and hold a concert in the Philippines | Inquirer Lifestyle ❮ ❯

Go girls: These girl groups should get together and hold a concert in the Philippines

Girl groups TLC and SWV are going to have a one-night-only concert tonight at the Smart Araneta Coliseum, proving that even if you haven’t been performing together for the past few months or you don’t have a recent Billboard chart-topper, there’s still a market for you—at least in the Philippines, where a lot of people are suckers for nostalgia.

Here are other kinda-missed girl groups that should make a comeback or at least just reunite for a concert in Manila. 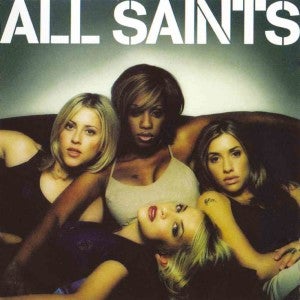 Mel, Nic, Nat and Shaznay are actually back together touring and promoting their latest album called “Red Flag.”  Now if only they toured in this part of the globe, too, and sang their hits “I Know Where It’s At,” “Never Ever” and “Pure Shores.” 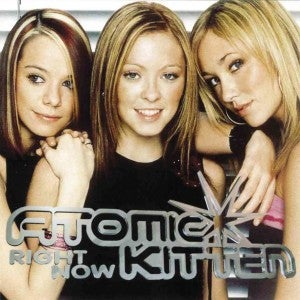 The girls were kind of blah, forgettable. But some of their songs —“The Tide is High,” “Whole Again” and “Eternal Flame”—were pretty catchy.

They were like a teenage version of TLC, which kinda made sense since Lefteye was their mentor. They churned out hits like “I Do,” “Bring It All to Me” and “As If,” plus they also had this not-so-popular gem of a song called “When the Last Teardrop Falls” (Spotify it now). Too sad member Natina Reed passed away in 2012 so no reunion for them.

Composed of twins (sisters of Boyzone’s Shane Lynch), a girl who dated someone from 911, and then another girl, this group is remembered most for songs like “C’est la Vie,” “Rollercoaster” and “Blame It On the Weatherman.”

Composed of loud, almost annoying, in-your-face sisters who wore colorful clothes, Cleopatra had us bopping to songs like “Cleopatra’s Theme,” “Life Ain’t Easy” and “I Want You Back.” And oh, we’re pretty sure they were the peg of Fruitcake. You know, that local girl group responsible for “Whoops Kirri.”

Too bad the group disbanded because the girls served some strong song-and-dance performances for their hits like “Show Stopper” and “Damaged.” Their vocals and runs were impressive, too, evident in ballads like “Ride for You” and “Poetry.” But a reunion seems impossible considering all the girlfights they’ve had.

There are rumors of a reunion since a DC-verified Instagram account was just created. We could only hope for Beyonce and the girls to drop by Manila and sing “Say My Name,” “Survivor,” “Bootylicious,” “Lose My Breath,” “Jumpin Jumpin,” “Soldier” and “Emotion.”

Originally a quartet, the trio was big in Europe but not as much in Asia. Despite this, we still sang along to their hits: “Oh Baby I,” “Power of a Woman” and “Angel of Mine” (before Monica made it a smash hit).

Known to be the teenage version of the Pussycat Dolls (they shared the same manager), the quartet had hits like “Baby Doll,” “My Boo,” “Stupid Sh*t” and “Like Me.” A member was kicked out and the remaining girls made a really good album, which released a really good song called “Maniac.”

Known for too-relaxed-almost-sleepy-sounding songs such as “End of the Line,” “Finally Found” and “Love of a Lifetime,” this group had some changes in their member lineup, which we didn’t really care about. Just visit the Philippines and sing those three songs, and we’re good.

Sure, the Norwegian duo sounded a little too high-pitched but there’s no denying how addicting their songs were. We’re pretty sure you still know the words to “The Day You Went Away,” “Mirror Mirror,” “Pretty Boy” and “Don’t Say You Love Me.”

They had several big hits like “Don’t Cha,” “Beep,” “Stickwitu,” “Buttons,” “I Don’t Need a Man,” “When I Grow Up,” “I Hate This Part” and “Jai Ho!,” so they have a lot of material for a concert in the Philippines. Then again, maybe all we need is Nicole Scherzinger since she was the only one who sang the songs.

Responsible for “I’ll Be There for You,” “I Want You to Love Me” and “I Wanna Love You,” the quartet has been to the country before to promote their debut album, and we’d love for them to return. The girls recently got back together as a trio and released a song called “Circus,” which was nothing like their hits back in the ’90s. 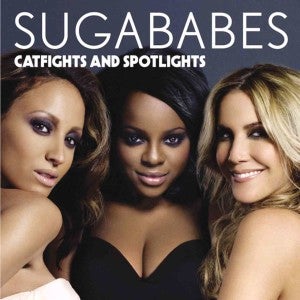 This girl group went through a lot of member lineup changes but the good thing is that they produced a looot of good songs. We don’t care which members would perform in the country as long as they sing: “Overload,” “Soul Sound,” “New Year,” “Run for Cover,” “Round Round,” “Caught in a Moment,” “Push the Button,” “Red Dress” and “Ugly.”

We’ve been hearing about a reunion for the longest time, but the question, if it does push through, is: Will the girls be complete? Coz “Wannabe” or “Spice Up Your Life” wouldn’t sound the same without Scary Spice. What we really really want to hear is “Holler” or “Goodbye” with some vocals from Ginger Spice. 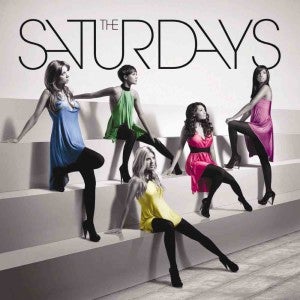 There came a point when the girls started making babies so they eventually had to disband, but now that the kids are big, we’d love for the girls to perform their hits: “If This Is Love,” “Issues,” “Work,” “Gentleman,” “Ego,” “Forever Is Over,” “Missing You” and “What About Us.”