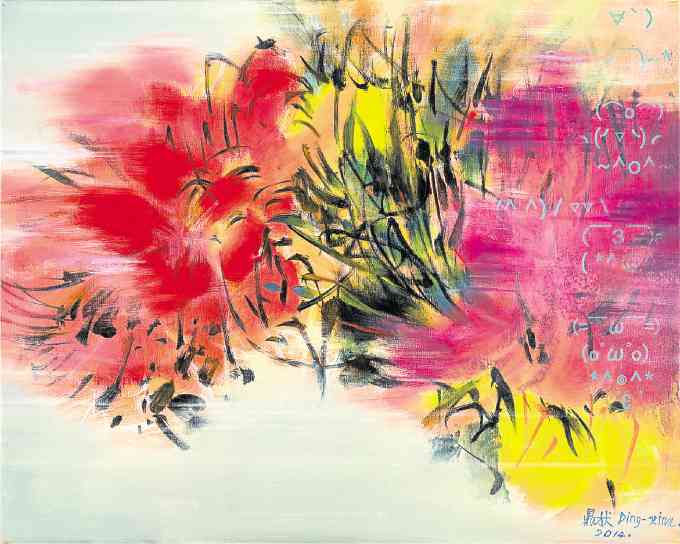 Centuries before the Renaissance artists were creating their visions of the world through the use of linear perspective, there existed in China a way of capturing not only the appearance of reality but also its spiritual essence. The aim of traditional Chinese painting was to show the natural harmony between man and nature.

How unfortunate that a distortion wrought by our colonial history has caused us to be so abysmally ignorant of oriental art, its unique beauty, charm and appeal.

With the prescribed manner of depicting natural phenomena—how to depict bamboo, old trees, mountains, rocks and water, which was regarded as “the blood of a painting”—the ancient Chinese painters could convey vast immeasurable distances between a flowing stream and a mountain peak covered with mist.

On a Chinese scroll, the mere speck of a lone fisherman on his boat conveys the illusion of the immensity of space that surrounds him. Not even Michelangelo could have done it.

Today, how has the discipline exemplified by the ancient Chinese painters been observed and practiced?

Hiraya Gallery has brought to our shores a selection of works by the Taiwanese artist Yang Ding-xian, on view at Makati Shangri-La. “East Wind Rhapsody,” the show can serve as a refresher course in contemporary oriental art.

Yang distills the lessons of his artistic ancestors, not to academicize them but to create affirmations of an unbroken continuity with the ancient past. Not surprisingly, it is calligraphy that remains the fulcrum of his art, which he summons to serve the ends of a sensibility shaped by the recent and current century.

“Shining Moment” is pure calligraphy. But the dance of brushstrokes, the articulation of the inky blackness tightening a spreading form, cannot but enlighten us why American artists like Mark Tobey and Morris Graves were so enamored with Asian calligraphy, evidenced by their works.

Traditionally Chinese painting disdained the use of color, regarding it as a distraction. But in Yang’s vision, a faint yellow passage of pale yellows is not mere intrusive pigment but an aura, an emanation of energies that steam out from the tension of a topography of stifling darkness.

Regard “Contemporary Hieroglyphics” and find more proof that calligraphy has caught the whiff of modernity as ushered by the late, great Zao Wou-ki when, after fleeing Beijing, he finally based himself in Paris till the end of his days.

Moreover, a contemporary tone and outlook emerge in works like “Bright” and “Carefree and Leisurely,” which are aligned to equivalences of human feelings and dispositions.

Decidedly looking mystical is “The One.” A work with a gathering force and impact, it depicts what looks like a single budding lotus emerging exactly as from a pond of muddy waters. One cannot help but be profoundly moved by the simplicity of the image and the power of its message.

All of Yang’s works are not black ink on paper but oil on canvas—itself an acknowledgement that the spirit of Wang Xishi, Zhao Mengfu, Wei Shuo, and Gu Kaizhi lives on in this century. —CONTRIBUTED