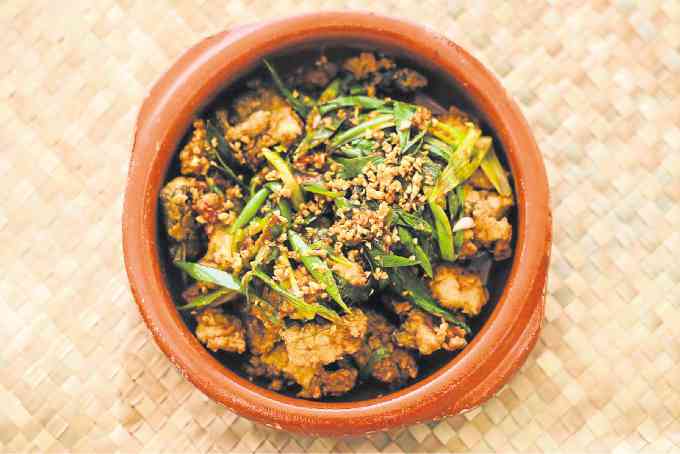 The decision to open a Filipino restaurant serving favorite childhood dishes came about after Andrew and Sandee Masigan had a difficult time finding a good Pinoy dining place in Canada.

The couple, who have been in the food industry for many years now— they ran a dim sum chain  (Dimsum & Dumplings) and a high-end tea bar (Struan & Tang) in the ’90s—were visiting relatives and had a hankering for Pinoy food.

“Six or seven years ago, there were a lot of Vietnamese, Chinese and Thai places in Canada, but very few served Filipino food,” Sandee recounted, “which is odd because there was already a large Filipino population in Vancouver then. Filipinos felt that Pinoy food was best cooked, served and eaten at home: ‘Why pay for adobo, sinigang and kare-kare when you can get it at home?’”

That way of thinking was also prevalent when they got back to Manila. When they broached the idea to friends and colleagues, few took them seriously.

In the end, the couple went on to open the first XO 46 Heritage Bistro in Salcedo Village, Makati.

“We now have six branches. I’d like to think we were one of the pioneers in championing Filipino food served in a restaurant setting,” Sandee said.

Last month, they opened their sixth branch at S Maison, the high-end commercial area in Conrad Manila. The restaurant is divided into three sections: Intramuros, the main dining area located in front, can seat 40; Kalayaan at the back, which has a view of Manila Bay and can seat 30; and the private dining area dubbed the State Room, which has a long wooden table that can seat 14.

Sandee said the table had been in her family for decades and has moved from their home in Ayala Heights, Quezon City, and the office of then Tourism Secretary Mina Gabor, to the house of Sandee’s mom in Tagaytay, before finally being set up in the newest branch.

While the branches have similar look and styling, the walls at XO 46 at S Maison are decorated with portraits of past Filipino presidents and some of the first ladies.

“We couldn’t put all of them so we limited the photo reproductions to deceased first ladies and presidents who completed their terms of office,” Sandee said.

The food, however, consists of dishes that regulars should be familiar with—such as the Kalderetang Baka XO Style, Kare-Kareng Crispy Tadyang, and Sinigang na Salmon sa Mustasa.

“We update the menu every three months, plus we have a monthly ‘Heritage Dish’ that is already on the menu but which we want to push.”

For lunch recently, we sampled some dishes, including the XO version of Chicken Curry, a favorite dish of Sandee’s late father who worked briefly in India. The dish at XO is served with boiled egg, raisins, chopped onion   and bacon—the way her dad liked it.

The Bangus Salpicado is similar to the traditional beef appetizer, but uses cubed milkfish belly fried with lots of garlic. There’s also Chicken Pastel with a flaky pastry shell that improves on the family cook’s recipe, which used to consist of flattened slices of white bread.

Sandee said she isn’t threatened by the growing number of restaurants serving Pinoy food. “We are actually uplifting each other and making sure Filipino food doesn’t die.”