The rebirth of the Lacoste crocodile | Inquirer Lifestyle ❮ ❯ 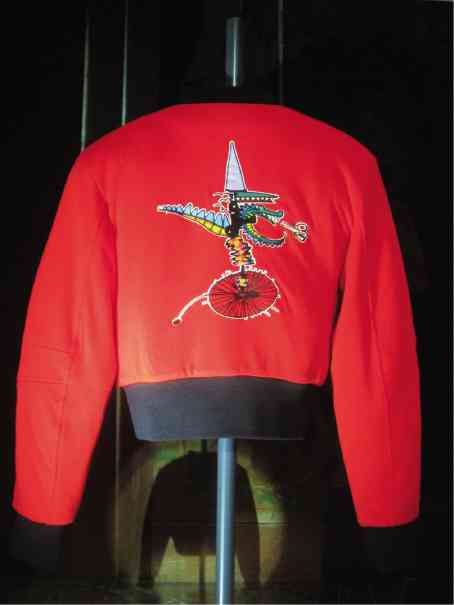 The rebirth of the Lacoste crocodile

The project started organically upon the first meeting of Felipe Oliveira Baptista, Lacoste’s creative director, and celebrated French artist Jean-Paul Goude, when the former came to visit the latter in his studio. The two talked about doing a collaboration to reinterpret the brand’s logo for a promotional campaign after having “hit it off,” according to Goude.

A veritable “carte blanche” was given Goude to reinterpret the logo as he saw fit,  translated into limited-edition polo shirts, bomber jackets, bags and clutches in a Holiday capsule collection.

Lacoste has always been part of Goude’s collective design memory: “The Lacoste crocodile is as familiar a character from my youth as the Michelin Man and the Laughing Cow.”

With extensive experience in advertising since the ’80s (he did a lot of campaigns for Chanel, Kenzo, Galeries Lafayette), Goude knows the importance of  advertising based on imagery and identity: “To do the Lacoste crocodile is not only fun; it is an honor to me because Lacoste is a big deal—a very big deal. That’s why maybe I went a little far in the staging of this; nobody asked me to go that far but it was out of passion that I did it.”

Icing on the cake

The staging he mentioned refers perhaps to “The Crocodile Ballet,” revealed at the launch and presentation of the collection during Paris Fashion Week S/S17, a nod to his love for dance.

“The Crocodile Ballet” was the icing on the cake, so to speak—a mini performance of mechanized crocodiles in a “wedding dance between two sophisticated saurians” set up in the middle of the Palais dela Port Dorée—a place close to Goude’s heart.

Growing up in the vicinity of this museum and the Vincennes Zoo, at Sainte Mandé in the Parisian suburbs, made this location an important piece in his creative psyche.

When he was a kid, he would go up to caress the breasts of the naked African female sculptures.

In essence, Goude’s interpretation of the new Lacoste logo is his world applied to Lacoste—a synthesis of his aesthetics, the imaginary Africa of his childhood, his love for exotic morphologies, his love for dance, the Bauhaus—a tangible product of his imagination, collective unconscious or his universe. —CONTRIBUTED