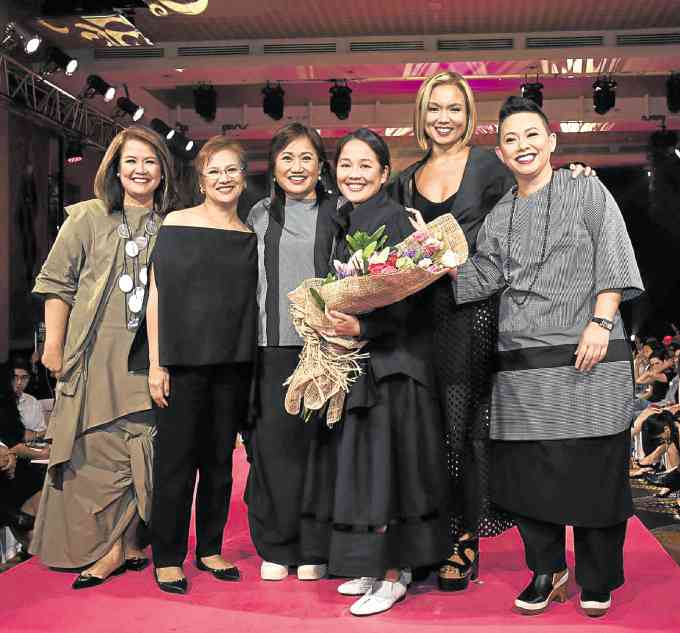 The Palace—composed of Valkyrie, Revel and The Palace Pool Club—transformed into a planetary environment as it opened its doors to an array of creatures ranging from pop culture icons to giant fruits.

The spooky, space-themed evening was the second Halloween bash that The Palace hosted, the previous one being “Night of Thrones.”

Organizers counted over 7,000 guests walking past the Viber rocket that stood at Valkyrie’s doors. They found themselves surrounded by intergalactic forces and paranormal creatures.

Hennessy awarded the best costume winners; chef Carlo Miguel and pals chosen as Best Squad (they also got a bottle of Magnum Moët).

Kamae de Jesus and Monique Salcedo each received a bottle of Hennessy VS for being a Killer Couple; while Claire Paden and Hezzy got their own bottles of Hennessy for being Alien Queen and Avatar.

Our town’s favorite DJs Mars Miranda and Ace Ramos rocked the house with powerful EDM tracks that had everybody’s adrenaline roaring to the beat. The Palace resident DJ Marc Naval hit the dance floor and led guests to let loose.

“The Palace prides itself in bringing only the best clubbing experience day or night,” said Yap.

It was a night of fashion, glam and inspiring stories of triumph and survival as the country’s top designers, models and muses came together

“We put a lot of time and thought into our collections,” said Ang, Diaz and Ocampo. “We hope that through our vision and our participation, we may help women see beyond the scars, and give them a renewed appreciation of themselves.  They are beautiful, strong and courageous. They are remarkable individuals of inspiration.”

Survivors walked down the ramp as models, along with their “Breast Friends” as muses.

Closing the event was Bumgarner, the youngest of the six designers. Chuchu Madrigal walked hand in hand with her daughter Alex Eduque. They were followed by ICanServe Foundation president Tang Singson and Heart Evangelista-Escudero.

This holiday season, Guess Girl apparel offers fashion-forward pieces. “It’s all about luxe fabrics such as soft suede and delicate lace,” said Clarish Barundia, Guess product manager. “Some of the styles to highlight are the romantic bow tie, tops with ribbons in front, cape dresses and bare shoulders.”

For Guess Guy, it’s all about the military look.  Nicole Alcaide, Guess assistant manager said: “We are offering a more diverse selection but still has that classic Guess touch. We also want to cater to millennials and without completely shying away from what we are best known for, which is timeless denim.”