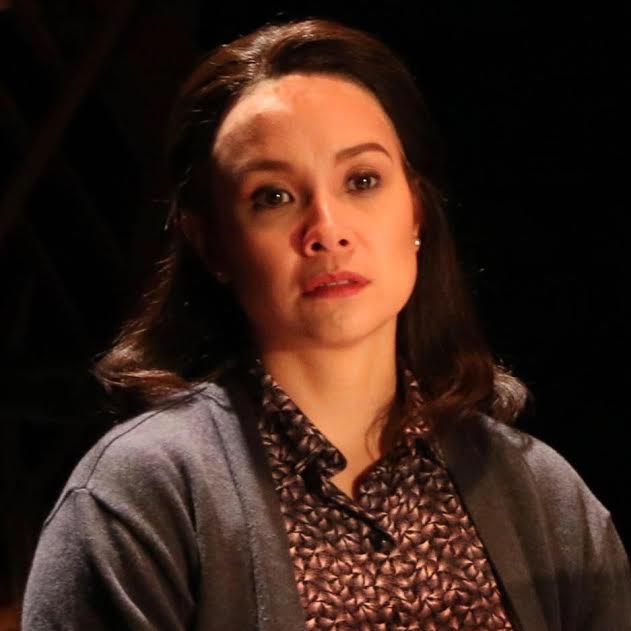 Lea Salonga: “The songs [here] can get way too close.” —PHOTO FROM ATLANTIS THEATRICAL

Why ‘Fun Home’ is new ground for Lea Salonga

Young ones would probably refer to her as coach Lea from “The Voice.” An older generation would remember her as the voice of two Disney princesses, or as Kim in “Miss Saigon” and Eponine in “Les Misérables.”

There’s just something about Lea Salonga that makes children and adults alike wide-eyed with admiration. She has always been this picture-perfect, world-class superstar with a spotless reputation, so people tend to assume that anything with Lea Salonga in it is wholesome and recommended for general patronage.

Her latest project, however, is decidedly for more mature audiences. Salonga is starring in Atlantis Theatrical Entertainment Group’s Philippine production of “Fun Home,” the Tony Award-winning musical written by Lisa Kron and Jeanine Tesori based on the graphic memoir of Alison Bechdel.

The musical opens this weekend and runs until Nov. 27 at the Carlos P. Romulo Auditorium in RCBC Plaza, Makati.

“Fun Home” is the story of Alison and her dysfunctional family, and how she comes to terms with her own sexuality and her gay father. Salonga plays the role of Helen Bechdel, Alison’s mother.

Even as she’s working with a number of kids in the cast, Salonga insists the musical is not for children, not even for her 10-year-old daughter, given the play’s delicate subject matter. But the complex, sensitive story was also what attracted her to the musical.

“The thing that really struck me is that, ‘Oh my gosh, in so many of these characters, I could see real people from home or just from life—an aunt, an uncle or a cousin or a friend who is going through a lot of what this family had been through,” she says.

That was after “Fun Home” director Bobby Garcia had asked her to watch the musical on Broadway and see if she would be keen to play the mom part. Salonga watched the play without any idea about the show or the book it was based on, but says she was thoroughly moved by what she saw.

Playing Bruce Bechdel, Alison’s father, is Eric Kunze, who, interestingly, played Marius to Salonga’s Eponine in the Broadway production of “Les Misérables” in 1993. So “Fun Home” is a reunion for them.

The recommended age for audiences is 13 years old and above, because of the sensitive nature of the material.

“Even in the first reading of the script where you sing the songs, it’s the most difficult thing to jump in with all of your emotions into the songs, because then it gets way too close, it’s almost like it’s choking you, it’s so close to you,” says Salonga.

“I found that I need to take two steps back just so I can do my job and sing these songs. I think all of us have felt, ‘this is way too close, this is too much,’ and it’s getting uncomfortable. Which also makes it very rewarding to do in its own way, and I’m hoping that when people come to see it, they find something to relate to whether it’s their own dysfunction that they might have experienced in life, or seeing somebody close to them that has lived through something similar.”

But not everything about the play is dark.

“I’m able to have some great moments with my daughters, all three of them,” says Kunze. “I think the fathers in the audience will relate to that. There are some really beautiful moments in the father-daughter relationships.”

Laurence Mossman, who takes on four different roles, says his favorite moments are “Anytime I’m onstage or watching from the wings, watching these fantastic actors and the kids portray their characters so well.”

“Whenever it’s the song ‘Come to the Fun Home,’ I always watch the kids because it’s just so much fun; moments of levity like that are few and far between in this musical,” says Salonga.

Also in the cast are Yanah Laurel as Joan, Ronan Crisologo and Daniel Drilon alternating as Christian, and Noel Comia and Albert Silos alternating as John. —CONTRIBUTED