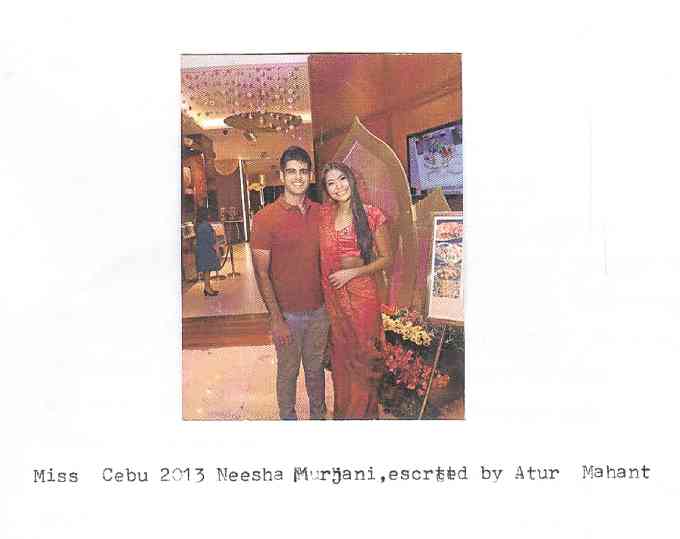 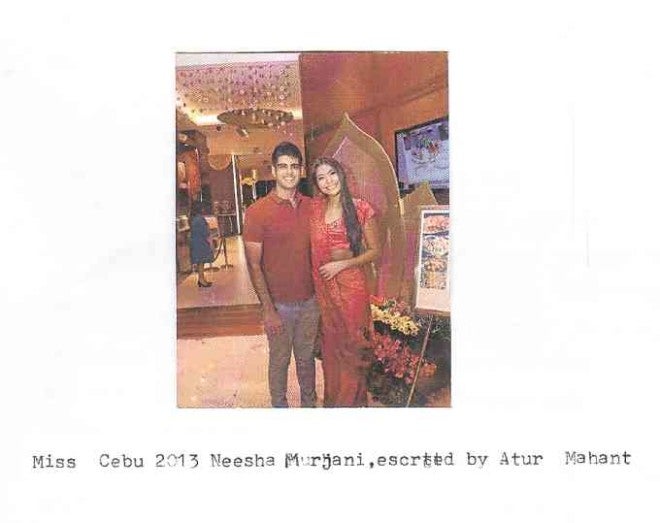 There was the hotel’s general manager, Anders Hallden, exuding charm and pride, in white duds, as he welcomed the steady stream of elegance that flowed through the lobby and on to a tightly packed foyer to the ballroom.

Causing the usual stir was Amparito Lhuillier who arrived in  a flaming red number with the signature of daughter Monique written all over it. She came with elder daughter Yvette L. Warnod and her daughter Bianca. They were in Cebu for a brief respite with Yvette’s French husband Franck Warnod. They’ll be back from Paris for the Christmas holidays.

Seated along the same row as Nike Lopez were Mila Demecilla and Satish Naydu. As the show unfolded Mila said she had a feeling the show had been choreographed by Junjet Primor. She was right.

Seated beside Mr. Hallden was Marco Protacio, former general manager of the Waterfront during whose time many unforgettable events were held. 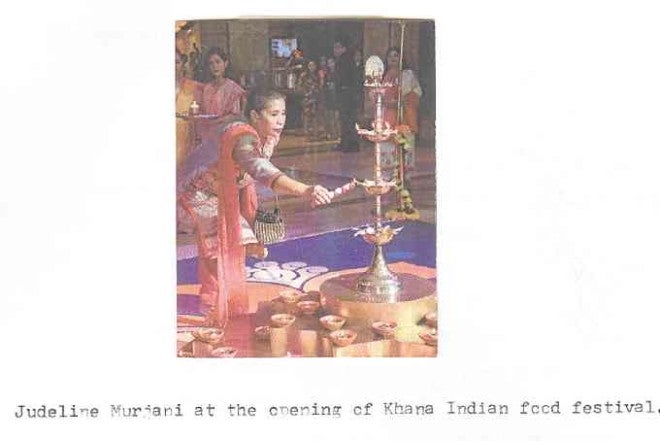 “It all looks so nice,” said  Hallden in his welcome speech. “It’s the grandest ever!”

The stage was entirely done in white, with a catwalk long enough to give the gowns the right exposure. From the ceiling hung crystal chandeliers and ropes of white orchids.

The 60-plus male and female models  in this bridal extravaganza had further moments of glory on the ramp as they glided again for the finale. Everyone applauded Cary  who conceptualized  the whole thing.

“Khana” is Hindi for food. It has also become the name of an Indian food festival held annually by the Marco Polo Plaza Hotel in Cebu in celebration of Diwali, India’s festival of lights.

Opening night featured a colorful ceremony involving exotic flowers, the lighting of perfumed candles and lanterns, and a spirited program of Indian dances performed by the Sandiego dancers at the hotel’s grand lobby.

Julie Najar, the hotel’s general manager, in a warm welcome speech said  that this was the third year in a row for the Indian food fest. Like other international food fests, Khana has become a tradition.

As it has also become a tradition, the food was expertly prepared by Judeline Murjani, a Cebuana married to Indian businessman Devidas Murjani whose father was a chef. He taught Judeline the secrets of Indian cuisine.

The Murjanis have made Cebu their home for many years now. Their pretty daughter Neesha Murjani was Miss Cebu 2013. She was present on this occasion, with her parents, and her dashing escort, Atur Mahant.

Next grand event at the Marco Polo in Cebu will be the Christmas tree lighting event on Nov. 26, eve of the first Sunday of Advent.

Over at the Cebu City Marriott Hotel the tree lighting event has been set on Nov. 17. A month later, on Dec. 18 at the Marriott’s Sampaguita ballroom is a Christmas concert set for 8 p.m.

It features the Cebu Youth Orchestra of the Classical Orchestra Music Studio, under the baton of its founder and director professor Reynaldo Abellana.

Main highlight has Ingrid Sala Santamaria as soloist in the Mendelssohn Piano Concerts No. 1. Also in the evening’s program:

In the finale will be a medley of Christmas holiday tunes.