THIS WRITER-DIPLOMAT IS ON A REAL ‘VOYAGE’ | Lifestyle.INQ ❮ ❯ 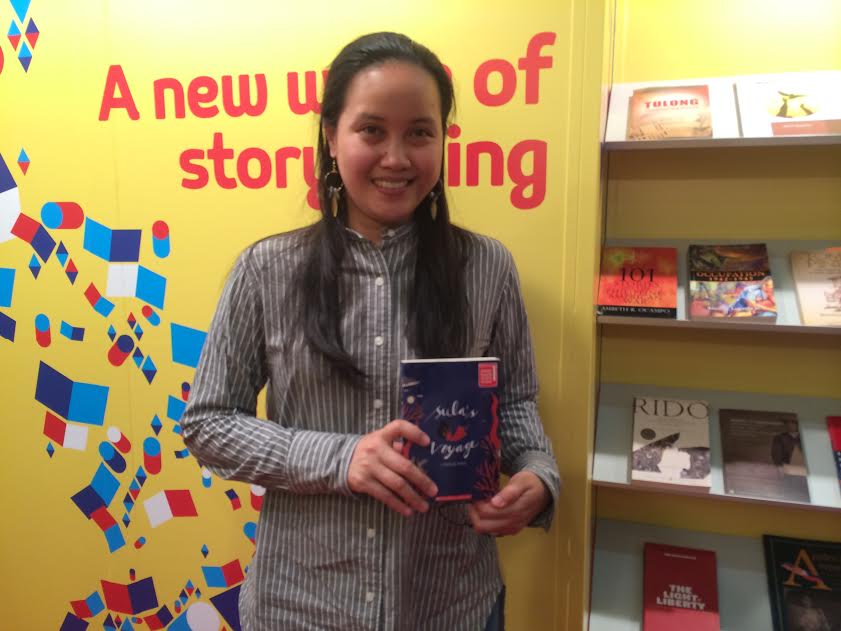 THIS WRITER-DIPLOMAT IS ON A REAL ‘VOYAGE’

FRANKFURT, GERMANY—Sometimes, writing is about the perfect circumstances coming together. This is something Catherine Torres knows well. Now stationed in Berlin, Germany, she is both an award- winning fictionist and a Filipino diplomat.

Last year, Torres’ young adult novel, “Sula’s Voyage,” was named a finalist for the prestigious 2014 Scholastic Asian Book Award (Saba, run out of Singapore), and Scholastic Asia has published it this year. On the very same day “Sula’s Voyage” was launched, her book of short stories, “Mariposa Gang and Other Stories” was re- leased by University of Santo Tomas Publishing House. In the course of 24 hours, the 36-year-old Torres went from a writer with no books to one with two.

Of course, it didn’t all happen in a day. Catherine Rose Galang Torres is the second of four sisters to educator Felipe Torres and wife Paulina. Grow- ing up, Torres thought of becoming an archaeologist but enjoyed writing for the school papers at St. Scholastica’s Academy Marikina. After earning a psychology degree from University of the Philippines Dilliman, she later wrote for BusinessWorld. Then, another opportunity came.

On a sick day in 2003, she noticed an announcement in the newspaper for the Foreign Services Officer (FSO) exams. “I’ve always been interested in international relations and foreign cultures so I took the exam,” she recalls. “And I passed.” She then began as an FSO for the Asia-Pacific region, got assigned to India, Singapore before joining the strategic planning office in Manila. Fourteen months ago she was assigned to Berlin, where she serves as consul and first secretary.

The surprise diplomat savors the experience: “It’s exciting, not a boring day because there are so many challenges you have to deal with, from political relations to the assistance to nationals. You meet all kinds of people. I like languages, but languages don’t like me. But I like other cultures so obviously one of the things I really love about it is living in other countries.”

While she dabbled in writing when she was younger, she has only begun taking her writing seriously in the last decade. She thought about joining an non-governmental organization and then becoming a journalist. “Only later did I have more confidence about wanting to do this. After that, I decided to write stories again.” She would win three Palanca Awards in three different categories.

The ten stories in “Mariposa Gang” preceded her novel, which began as a short story called “Nomad” about a young girl who falls in love with an older marine scientist—but the story didn’t come together. When she saw the notice for the Saba, she decided to dust off the story and rewrote it for three months as a young adult novel. Again, it’s timing: Two years earlier, Torres had sent another manuscript to the Saba competition that didn’t win. Last year, “Sula’s Voyage” emerged first runner-up. “I’m really happy.” The prize itself went to another Filipino, Sophia N. Lee, but because her novel was a finalist, Scholastic had the right of first refusal on it. After six months of editing and rear- ranging, Scholastic released “Sula’s Voyage.”

“Sula’s Voyage” is a beguiling read about 15-year-old Sula (named for the Sulawesi Sea) who finds it hard to fit in because of her dark skin. After leaving high school, she goes to Mindoro where she searches for the truth of her identity and in the process experiences the magic of the sea and other people, always remembering the saying of the Sama Laut: “The sea doesn’t take anything without a reason. The sea doesn’t give anything back without a reason.” It’s a deftly written, enigmatic novel that takes readers on a pleasurable voyage of their own.

She is sanguine about being an international author: “I think for me it’s good that I‘ve gotten that out of the way because I wasn’t really sure I would become a published writer. Now, I can focus more on writing more.”

Her life is every bit as inter- national as her career. She is married to Suk Joo-sohn, who teaches English at Dong-A University in Busan, South Korea (They met in Tokyo on a cultural exchange program). They have one son, Samuel, 8, who lives with her in Berlin and would like to be both a scientist and footballer.

Working as a Consul doesn’t give her a lot time to write. “Since moving to Berlin, juggling work and motherhood, I haven’t been able to write much. I’ve been able to write a couple of short stories fortunately.” She’s now working on a new short story collection and dreams of another novel, this time for adults.

Torres is on many different kinds of voyages, a literal one around the world as a diplomat, and as a writer, from real to fictional life, from undiscovered to award-winning and internationally published. She’s getting going.

And Catherine Torres says being a writer and a diplomat work very well together: “They work well together because some of the things I cannot say as a diplomat I say in my writing. It keeps me sane. You have to be tactful as a diplomat. In our assistance to nationals, you encounter a lot of our overseas Filipino workers and they have really big problems, and you feel really sad about what they go through. But this is work and you have to put up a professional façade. Where does that angst go? It goes to my writing.”