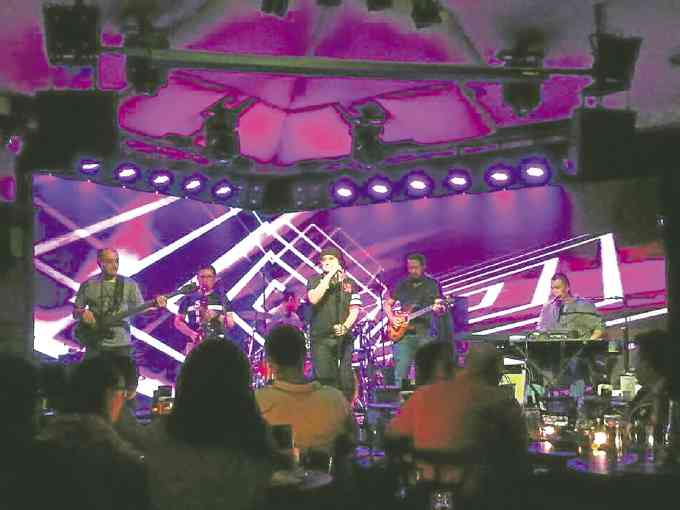 Sharon Inductivo, manager of South Border, wants to block off Feb. 25, 2017, from the band’s gig schedule to let members watch the James Taylor concert at the SM Mall of Asia (MOA) Arena.

The show is expected to draw a lot of Filipino musicians in the audience, which is why Inductivo is treating South Border’s members to free tickets.

Durias, incidentally, started his music career in the 1980s as a kid playing ’60s and ’70s covers with his father Edgar “Bong” Durias, a well-known musician in Davao. Their repertoire naturally included James Taylor classics.

At South Border’s gig last week at 19 East, Durias ended the band’s last set with a medley of hits by Seals and Crofts—another prominent ’70s duo.

Wednesdays at City of Dreams

And speaking of South Border, the band joins a roster of top live acts featured in a special series this month dubbed “Wednesdays Rewind Experience” at Chaos Nightclub in City of Dreams Manila.

The series kicked off with Side A and Freestyle last Nov. 9.

South Border will perform back to back with Trifecta on Nov. 16.

Barbie Almalbis and Kitchie Nadal are scheduled on Nov. 23.

Side A returns for another set on Nov. 30, along with True Faith.

‘Pay It Forward’ for Dudee

Friends and musicians are coming together to hold a benefit gig dubbed “Pay It Forward” for Dudee Alfonso on Nov. 16 at Strumm’s Makati.

Alfonso, herself a tireless organizer of benefit shows, lost her right kidney two years ago and was diagnosed last March with acute kidney injury and chronic kidney disease stage 3.