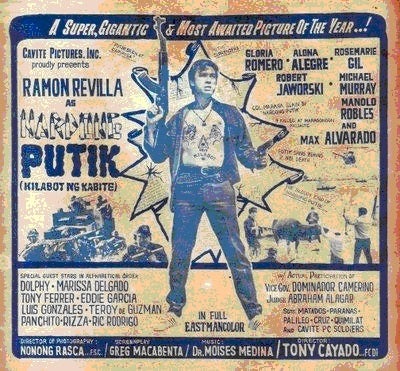 Closing film is "Nardong Putik," about a Cavite hoodlum.

Starring Leopoldo Salcedo, the 1961 film revolves around a mayoral candidate in Negros Occidental who was tortured and murdered in 1951.

Opening ceremonies will have the keynote speech of Film Development Council of the Philippines (FDCP) chair Liza Diño.

Now on its eighth year, Cinema Rehiyon is a showcase of independent cinema from the regions. It is organized by the National Committee on Cinema of the National Commission for Culture and the Arts (NCCA), with   FDCP, DLSU and University of the Philippines Los Baños Foundation Inc. Theme this year is “Creating Cinema Communities, Celebrating Cultural Legacies.”

Cinema Rehiyon 8 will consist of screenings of different films as well as forums and talks by filmmakers and film scholars.

Directors Peque Gallaga and Nick Deocampo will grace the event.