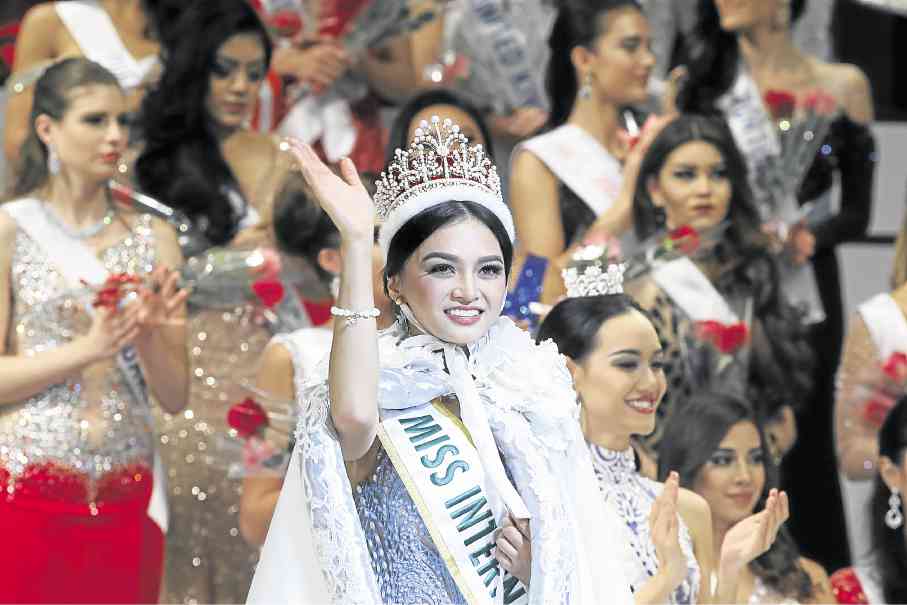 ANOTHER BEAUTY QUEEN The Philippines’ Kylie Verzosa, a model from Baguio City, is proclaimed Miss International 2016 during the pageant’s coronation on Thursday night in Tokyo. —AP

Newly crowned Miss International Kylie Verzosa has said the Philippines may be forgetting the mental aspect of drug addiction amid the government’s relentless war on drugs.

In an interview with GMA News TV’s “News To Go,” Verzosa said it was important to trace the mental roots of addiction and see it as a “coping mechanism.”

“I think you have to see addiction as a coping mechanism. It starts from somewhere, it derives from somewhere, so a lot of depressed people when they feel down they look for ways to get high or happy again, they turn to drugs. That’s where the addiction starts. It’s a vicious cycle,” Verzosa told anchor Kara David.

Verzosa, who was crowned Miss International last month, said the advocacy of raising mental health awareness was something close to heart because she had experienced mental health issues herself.

“I have a lot of family members going through some mental health issues like depression, bipolar (disorder) … and I’ve been through it myself. So I do wanna bring the message out there because there is a stigma and it’s not given a lot of focus,” the beauty queen said. YG