Taking the show on the road | Inquirer Lifestyle ❮ ❯ 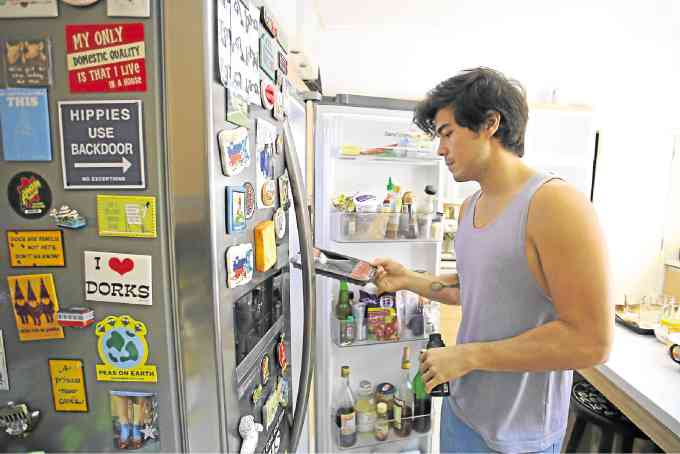 Taking the show on the road

Erwan Heussaff’s fridge is much like his online show “Overnight”—candid, unstaged and international.

“Overnight,” which has evolved from a food travel guide to a historical documentary, does not follow a format. The vibe and culture of the destination dictate the flow of the webisode, and Erwan researches, shoots, produces, edits and writes them all because “you really should write your own shit.”

The webisodes are shot without permit, and when he’s traveling, the camera never stops rolling.

He usually gets comments like “you’re not experiencing the real,” but he made it clear that “Overnight” is for travelers who want to have a good time.

“We try to grab the essence of what the city is for travelers. In every city you go to you can ‘live like a local’ by scraping by $2-3, but that’s not really part of why you travel. It’s a balance of what you wanna do and what is interesting to do,” he said.

An episode of “Overnight” will make you feel like you’re the worst traveler in the world. Erwan makes it look easy: He walks the city streets and just stumbles on a really cool restaurant and interesting people. (Behind the scenes he really gives a lot of effort and research).

In the Fukuoka webisode, Erwan was trapped indoors by a storm and had to cancel a dinner reservation. He drove to Lawson for convenience store food instead.

He made instant ramen noodles with hard-boiled eggs, convenience store chicken and pickles (he loves pickles). He experimented with meatballs, hamburger, curry sauce, tamago, green spinach, sesame and came up with a rice meal.

And Erwan has another ace on his sleeve called “Wherever I May Go.” Although still at the pitching stage, the show is aimed at featuring under-the-radar adventures. Imagine taking the offbeat road to Uzbekistan, Kazakhstan, Fiji, or even northern India to experience the extreme.

He’s game to take on a wingsuit, sleep in the snow like an Eskimo and even try to cover political stories, like that of the Panatag Shoal.

But Erwan has other extreme ideas: He wants to take on the challenge of being in the month-long survival challenge “Naked and Afraid,” and spending a week in the wild with Bear Grylls.

For next year, Erwan is planning to write a forgotten recipe cookbook. He wants to put Mindanao Filipino food in the limelight because “Filipinos don’t know Filipino food.”

However, writing a cookbook is a challenge for the “whimsical” cook.

“I chop things up any way I want to, as long as it tastes [good]. Taste for me is the most important. But when you’re doing a cookbook it’s important to get someone who’s technically very sound so that when you’re translating into the recipe you can make sure that the person recreating it is not f*cking it up. When I give recipes, it’s super vague. It’s like: ‘Cook this until it’s cooked,’” he said. —Nikka G. Valenzuela and Vinz Lamorena