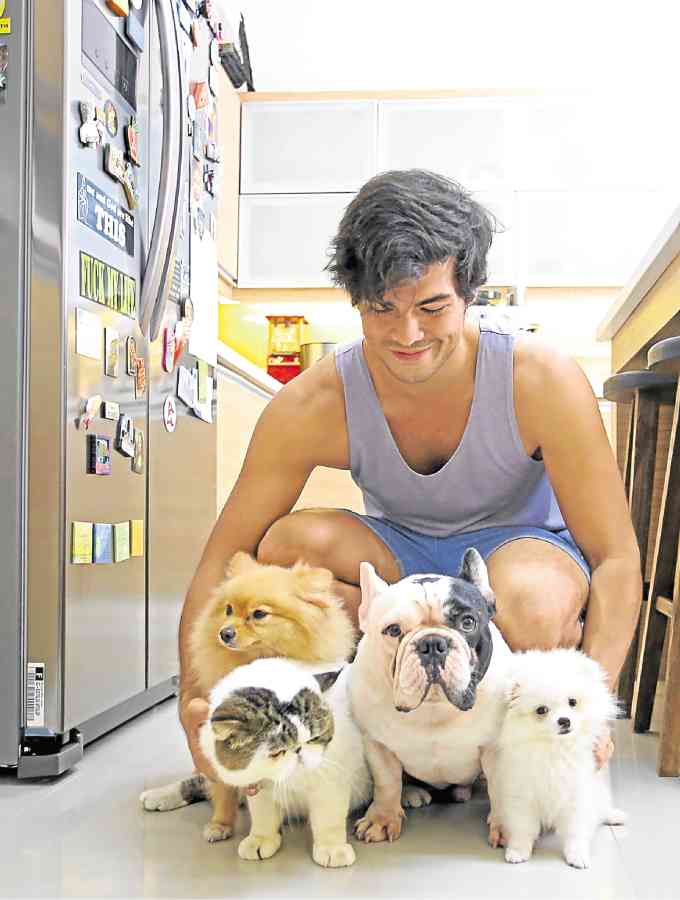 After the gate was opened, Pancho, a French bulldog, and Tofu, a teacup-size pup, welcomed us at the door.

At that moment, we no longer wanted to raid Erwan Heussaff’s fridge. In our heads we tried to think of the quickest way possible to kidnap at least one of his pets—Tofu, the family’s newcomer, could perfectly fit in a cross-body bag.

There are five of them roaming in his house. Adding to the list (and cuteness) are short-hair cat Mogwai, a Pomeranian named Grizzly and Yorkshire terrier Princess.

Pancho the Frenchie (who Erwan imagined to have a Mexican voice, hence his name) always trailed his favorite human. There was no way we could trick him into coming with us.

Erwan shared that he often took the bulldog skateboarding.

We were bold enough to ask which of his pets we could bring home. He said it could be Grizzly, since the dog “likes Anne (Curtis) more and gets jealous of me.”

“I’ll count my pets as soon as you leave,” Erwan told us, and our dognapping plot was instantly foiled. —Nikka G. Valenzuela and Vinz Lamorena