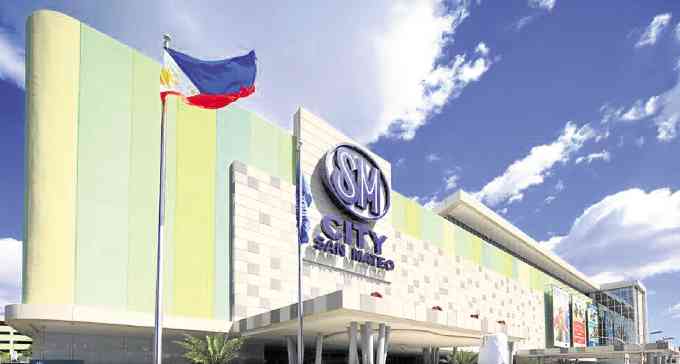 SM City San Mateo serves customers in a community known for its natural beauty and rich heritage. It is also part of the Metro Luzon Urban Beltway that has seen economic advancement over the years with a strong local economy that accelerates revenue growth and sustains employment of its people.

Located along General Luna Avenue in Barangay Ampid 1, the four-level 80,043-square meter mall, which opened in 2015, is the fourth in the province of Rizal after SM City Taytay, SM City Masinag and SM City Angono.

Just as SM City San Mateo’s façade creates a memorable identity along General Luna Avenue, its interiors are well organized around a simple, curved plan that allows shoppers clear line-of-sight to all retailers and restaurants at all times.

Like SM City Marikina, SM City San Mateo creates a lot of shopping excitement with its mix of SM anchors and mainstays, as well as global and homegrown brands. Eating out options include a food court, and major global and local food chains. The mall also has four state-of-the-art cinemas and a Cyberzone.

More than just bringing together great design and great retail, the mall will have disaster resilient features, which include expansion joints for mitigating earthquake damage, as well as a rainwater catchment basin for the prevention of flood within its perimeter and the surrounding community.