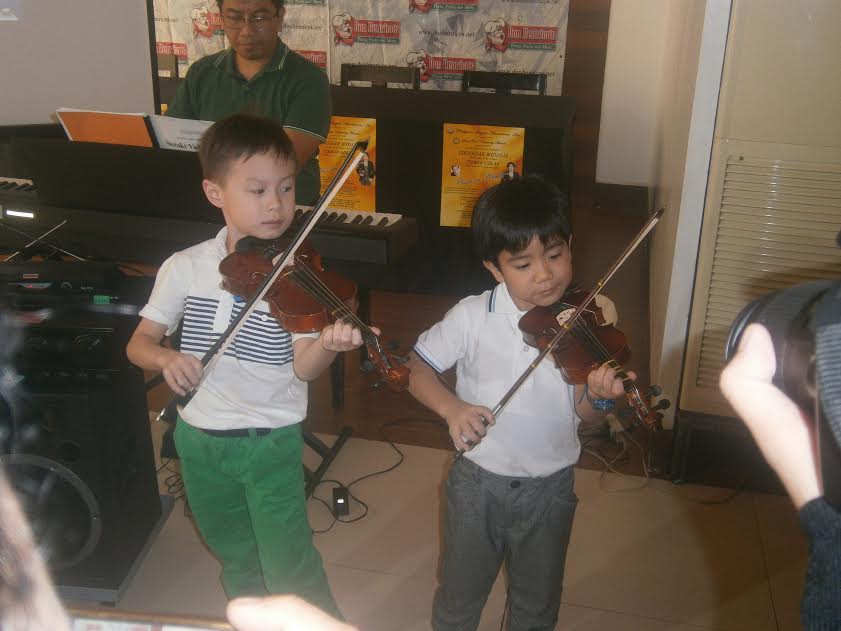 Two well-known musical artists on the international stage will perform in a concert at the iconic Fleur-de-Lis Auditorium in St. Paul University Manila: Berlin-based violinist Iskandar Widjaja of Indonesia and Lithuanian-born pianist from Israel, Itamar Golan.

This was announced in a recent press conference at Don Henrico’s Restaurant in Quezon City, which featured three gifted musical prodigies and, as well, a media interview with Iskandar via Skype.

The concert is a fund-raising event for the Philippine Suzuki Association, Widjaja being a Suzuki product.

The three prodigies who impressed the media with their artistry were pianist Hansel Ang, 13, who won the grand prize for a Steinway competition; and violinists Teddy Tan, 7, and Red Lanete, 5. The latter two played nursery rhymes in a classical-style with aplomb and were accompanied by an adult pianist.

The repertoire of Widjaja, who has released three acclaimed CD albums in Berlin, includes works by the masters Bach, Handel, Schumann and Gershwin. Golan, who resides in Paris, has appeared as soloist with major orchestras and has performed in stages around the world.

“It’s certainly going to be an exciting Asian tour,” Widjaja said via Skype. “I can’t wait to perform for you in Manila.” —CONTRIBUTED