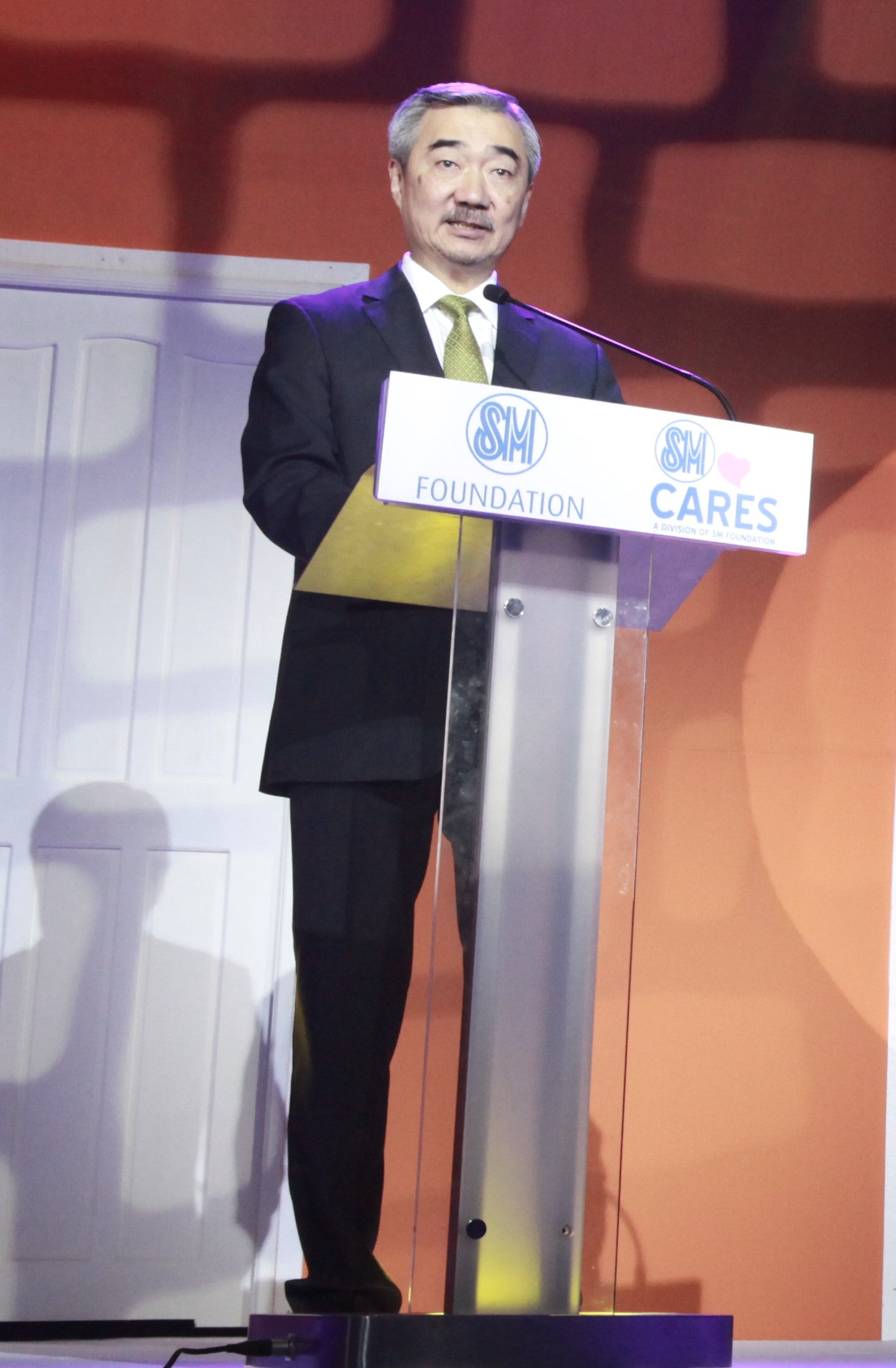 After three years of collective efforts and a lot of hard work, SM Cares has completed the building of 1,000 houses for survivors of Supertyphoon “Yolanda” in Cebu, Iloilo and Leyte.

And just in time for the third anniversary of the typhoon, it recently hosted Isang Pasasalamat: The SM Cares Housing Project Thanksgiving Dinner at the Forbes Ballroom of Conrad Manila.

This was SM’s way of feting all the lot donors, business partners, employees, tenant and members of the community who worked together to build 1,000 disaster resilient homes that were turned over to the families displaced by Yolanda.

The houses built are disaster-resilient; they can withstand typhoons with a maximum wind velocity of 250 kph.

Among those feted in the dinner were the lot donors in the Visayas region where four SM Cares Villages have been built: heirs of Wenceslao and Margarita Briones Fernan in Bogo, Cebu; the family of Roberto and Gloria Lorca Tirol in Concepcion, Iloilo; the Roman Catholic Archdiocese of Palo in Tacloban, Leyte; and the family of former mayor Edward Codilla and Violeta Codilla in Ormoc, Leyte.

Business partners, employees, and members of the community who contributed to the building of the homes were also honored.

SM Cares also cited partner nongovernment organizations who had been assigned per each village to—with the help of local governments—identify the selected beneficiaries and handle the community development function for each village. These include the Ramon Aboitiz Foundation, Inc. for Bogo, Cebu; Jaro Archdiocesan Social Action Center & Daughters of Charity for Concepcion, Iloilo; Couples for Christ and the Roman Catholic Archdiocese of Palo for Tacloban, Leyte; and also the Palo archdiocese for Ormoc, Leyte.

Residents were given an opportunity to be involved in their own community by allowing them to engage in various activities and programs such as livelihood and values formation seminars, membership in local cooperatives, tree-planting activities rehabilitation assistance of local establishments, and waste segregation.

In his speech, SM Prime Holdings, Inc. chair of the executive committee Hans T. Sy gave tribute to the “generous hearts that made the Yolanda Housing Project a reality.”

“What started out as a vision borne out of compassion and social responsibility became a move to heed our patriotic duty to answer the call of nation-building. The SM Cares Housing Project for the survivors of Supertyphoon ‘Yolanda’ is a living testimony that much can be done if we all work together and move in one direction with the goal of helping our fellow men in need.”