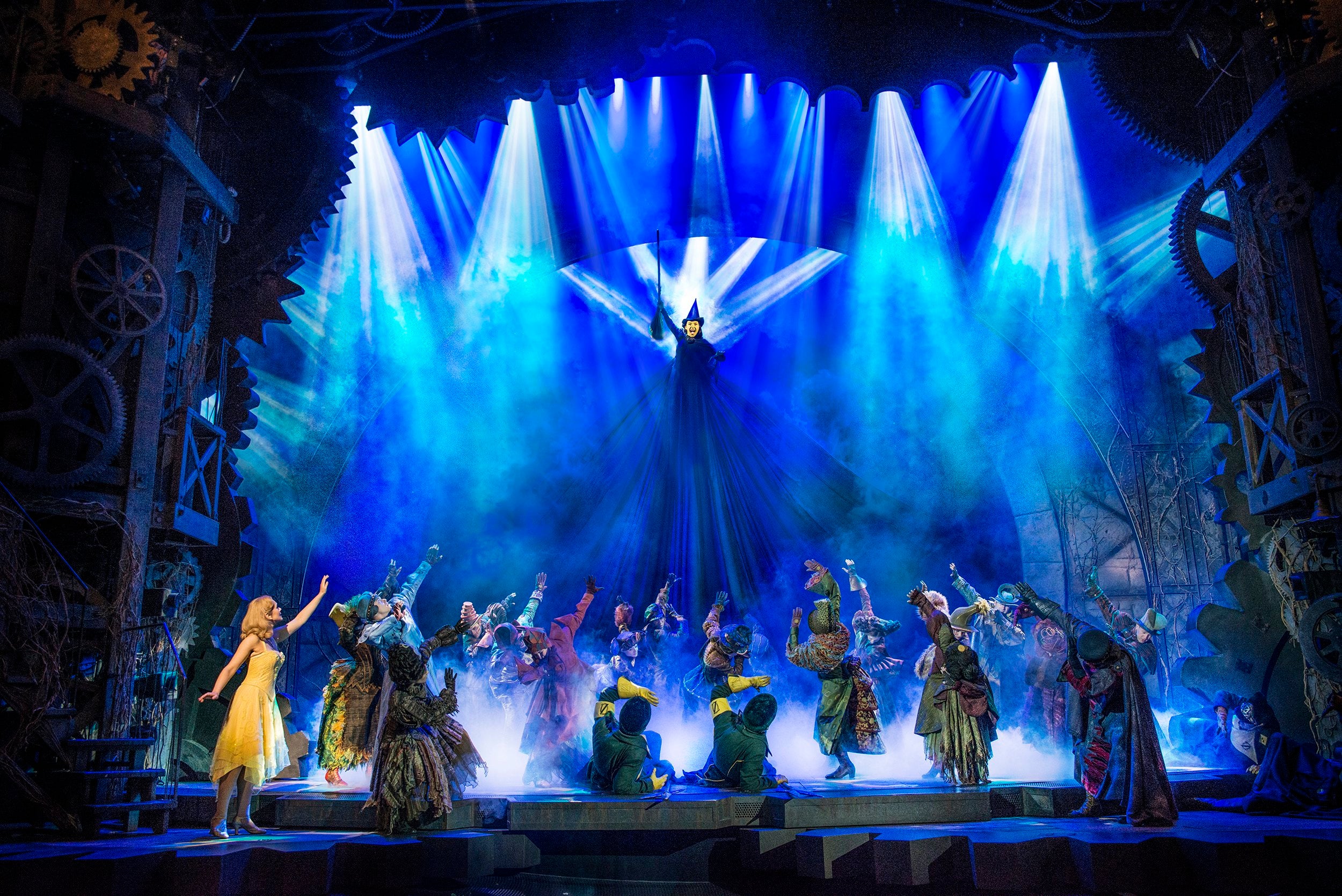 The producers of “Wicked,” the West End and Broadway musical phenomenon about the incredible untold story of the Witches of Oz, are delighted to announce actors from the West End and UK who will lead the cast when the show opens in Manila in February next year.

Acclaimed as “one of the greatest musicals of our time” by Daily Mail UK, “Wicked” is finally flying back to Manila this February 2017. The incredible original production, which is coming direct from a multi record-breaking tour of the UK and Ireland, will be playing at The Theatre in Solaire Resorts for a special limited engagement as part of a major international tour.

Tickets are now on public sale and are available at ticketworld.com.ph and all TicketWorld outlets.

WhatsOnStage.com described it, “a truly magical night full of imagination and emotion that is not to be missed.”

“Wicked” is one of the world’s most celebrated, spectacular and successful stage musicals of all time. It premiered in Manila in 2014, where it opened to rave reviews and went on to enjoy a highly successful seven-week run, attracting sell-out audiences.

James Cundall, producer and chief executive of Lunchbox Theatrical Productions said, “Having watched this production a number of times both in the UK and in Singapore, I am blown away by the quality of the international cast, who bring a fresh dynamic to the storytelling.”

“The relationship between Glinda and Elphaba, played by Carly Anderson and Jacqueline Hughes [respectively], is a joy to watch as they portray the intricacies of their developing friendship. Vocally the cast are superb, and I’ve never heard the show sung so well.  All in all it’s an electrifying production,” he added.

Jacqueline Hughes, who plays the green-skinned Elphaba, starred in the UK and Ireland tour of “Wicked,” playing the role of Elphaba on many occasions to great acclaim, and most recently appeared in the UK Tour of Mary Poppins. Starring as Glinda is Carly Anderson.

Carly recently appeared in Sunset Boulevard with Glenn Close at the London Coliseum and played the starring role of Kira in the London premiere of the musical Xanadu. Bradley Jaden, who most recently starred as Enjolras in “Les Misérables” in the West End, will play the Winkie prince Fiyero.

Kim Ismay, who has starred as Tanya in “Mamma Mia!” in the West End and on its International Tour, will play Madame Morrible. BAFTA® Cymru award-winner Welsh actor Iddon Jones will play Boq.

Emily Shaw, who was in the original Stratford-upon-Avon and West End cast of the award-winning musical Matilda, will play Nessarose. Jodie Steele, who has just completed a run in Jeff Wayne’s “The War of the Worlds” in the West End, will play Elphaba at certain performances.

Described “a magical story of friendship, love and growing up” by OfficialLondonTheatre.com and “a wicked and wonderful vision of Oz” by the London Evening Standard, “Wicked” is playing its 13th year on Broadway to packed houses. At the Apollo Victoria Theatre in London’s West End, the show celebrated an extraordinary 10 years on stage last October.

Over the past decade, “Wicked” has garnered many accolades and achieved numerous milestones to become “one of the most popular West End musicals ever,” as the London Evening Standard said.

Around the world, “Wicked” has been seen by more than 50 million people in 14 countries, and is the recipient of more than 100 major awards, including three Tony® Awards and six Drama Desk Awards on Broadway, two Olivier Awards and nine WhatsOnStage Awards in London, six Helpmann Awards in Australia and a Grammy® Award.

Based on the best-selling novel by Gregory Maguire that ingeniously re-imagined the stories and characters created by L. Frank Baum in “The Wonderful Wizard of Oz,” “Wicked” tells the incredible untold story of an unlikely but profound friendship between two sorcery students. One is a popular blonde girl called Glinda and a misunderstood, green-skinned girl named Elphaba. Their extraordinary adventures in Oz will ultimately see them fulfil their destinies as Glinda the Good and the Wicked Witch of the West.

“Wicked” features music and lyrics by multi Grammy® and Academy® Award-winner Stephen Schwartz, who is known for “Godspell,” Disney’s “Pocahontas” and “The Hunchback of Notre Dame”.

It is based on the novel “Wicked: The Life and Times of the Wicked Witch of the West” by Gregory Maguire and adapted for the stage by Winnie Holzman. Musical staging is by Tony® Award-winner Wayne Cilento and the production is directed by two-time Tony® Award-winner Joe Mantello.

“Wicked” is suitable for a general audience and contains no profanities. As a guide to parents and guardians, it is recommended for ages 7+. All persons entering the theatre, regardless of age, must have a ticket. Children under three years of age will not be admitted. For tickets, visit www.ticketworld.com.ph or call 891-9999.

“Wicked” is produced around the world by Marc Platt, Universal Stage Productions, The Araca Group, Jon B. Platt and David Stone. Executive Producer (UK/International Tour) Michael McCabe. The Manila engagement is presented by Lunchbox Theatrical Productions and Concertus Manila, in cooperation with Solaire Resort and Casino.