From blankets to couture– ‘inabel’ gets a Zobel update | Inquirer Lifestyle ❮ ❯ 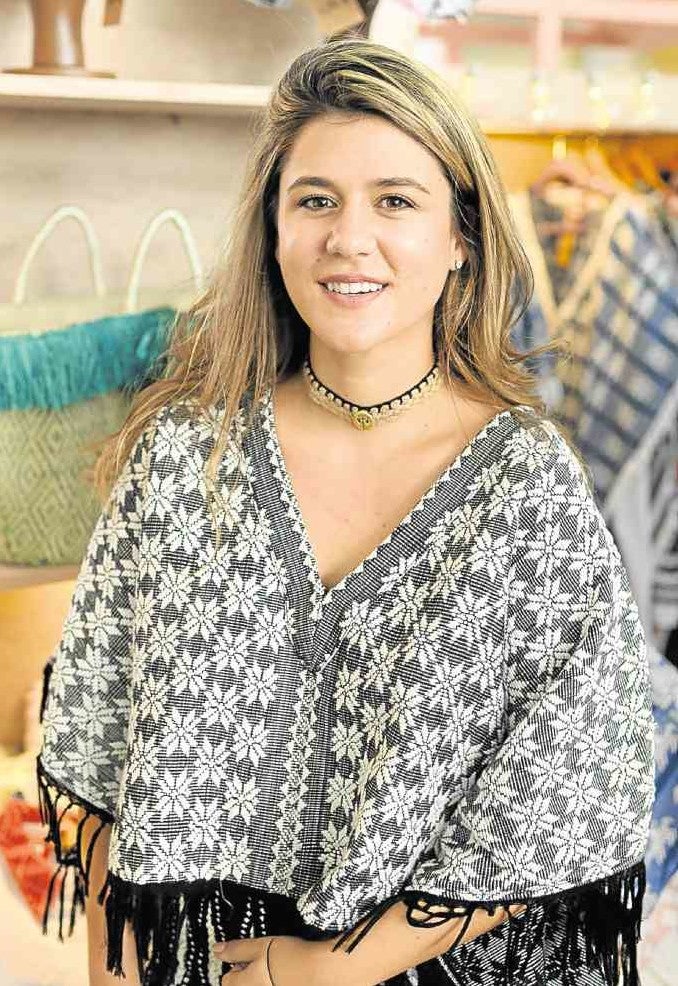 From blankets to couture– ‘inabel’ gets a Zobel update

PIOPIO, in Spanish, is the tweeting sound a bird makes. It’s also the name of Paloma Urquijo Zobel’s fashion line using indigenous Filipino fabrics, which is being previewed in a pop-up at the Designers’ Holiday Bazaar at Greenbelt 5’s The Gallery, until Dec. 15.

Paloma is Spanish for dove, and Piopio will be sold exclusively in El Nido, Palawan— known for, among other things, bird’s nests. It’s where the Zobel scion will open in May, with her mother, Bea Zobel, an artisans’ village, a bed-and-breakfast, and a café, all named after the Piopio brand.

For her first Piopio collection, Zobel, 24, a graduate of New York’s Parsons School of Design, worked with inabel, a hand-loomed fabric from Ilocos typically used for blankets and bed linens, adapting them into contemporary casual and resort wear.

Zobel says she worked with her costureras for three whole months on her first collection. Apart from inabel, she also has pieces made of Yakan fabric from Basilan, as well as woven bags from Bicol and Samar.

“I wanted to make something different with inabel, something which, I hope, elevates it from being just a blanket,” she says.

She made them into caftans, tunics, maxi skirts, mini dresses, cover-ups, as well as shorts and tops. Many of the pieces, including some jewelry, are one-off.

Bea Zobel says the soon-to-open Palawan property is meant to help Filipino artisans and craftsmen, where students and teachers alike can come to learn and appreciate local crafts.

“It will be a venue to create,” she adds. “I think it’s really important for these things to live on. They’re our heritage and our soul.”

The Palawan property, called Lio, is Ayala Land’s first venture into eco-tourism development. The beachside destination will have resorts and boutique hotels, including the Piopio Jungle Bar and Café. It’s slated to open in May 2017.

The older Zobel is mighty proud of her daughter’s first collection. “It’s also priced really well, don’t you think? Inabel is an expensive fabric. I hope young people see the beauty in our local crafts.”

At Wednesday’s opening of the bazaar, the Zobel clan was in full force to support Piopio’s debut. Apart from her mom, Paloma’s grandparents, Ayala’s chair emeritus Jaime and wife Bea Sr., as well as aunt Kit Zobel and a motley of friends and family, were on hand to shop the collection. The designer and her mother wore pieces from Piopio.

The Ayala bazaar also gathered select artisans from all over the country, an annual project of Bea Jr.

There’s home accessories designer Ian Giron with his home giftware line and embroidered handbags, created with craftsmen from provinces like Bulacan and Cebu.