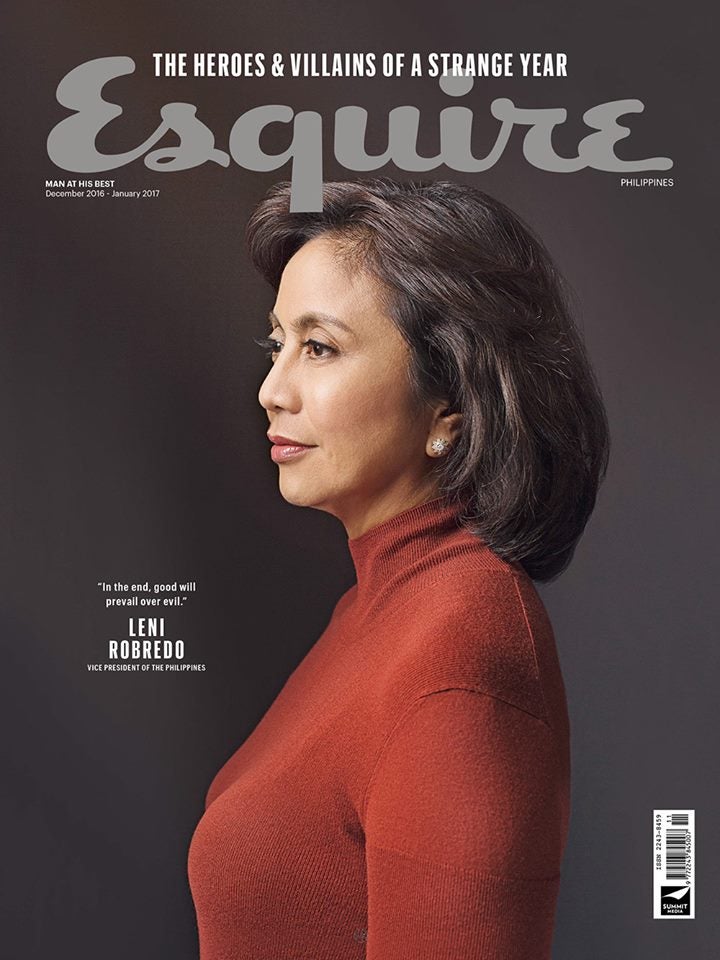 Vice President Leni Robredo graced the “The Heroes and Villains of a Strange Year” issue of Esquire Philippines magazine for December 2016-January 2017.

Photographed by Francsico Guerrero in a half-body portrait, the vice president appeared elegant in an orange turtleneck and stud earrings.

“In the end, good will prevail over evil,” Robredo was quoted as saying on the cover.

“The Vice President is among the Heroes of & Villains of A Stranger Year, our tally of personalities who have made 2016 what it is, for better or for worse,” Esquire Philippines said in its Facebook post.

Other personalities who made it to the list include Mocha Uson, a celebrity activist known for her pro-administration stance on social media, and Human Rights Commissioner Chito Gascon.

Esquire said that the vice president “remains optimistic in the face of her own dismay at the state’s decision to bury a dictator, keeping faith in the triumph of justice.”

Last week, Robredo said that the surprise burial of President Ferdinand Marcos at the Libingan ng Mga Bayani was “like a thief in the night.”

The female vice president also won by a slim margin against the son and namesake of the late strongman, Ferdinand “Bongbong” Marcos Jr. during the national elections last May. IDL/rga