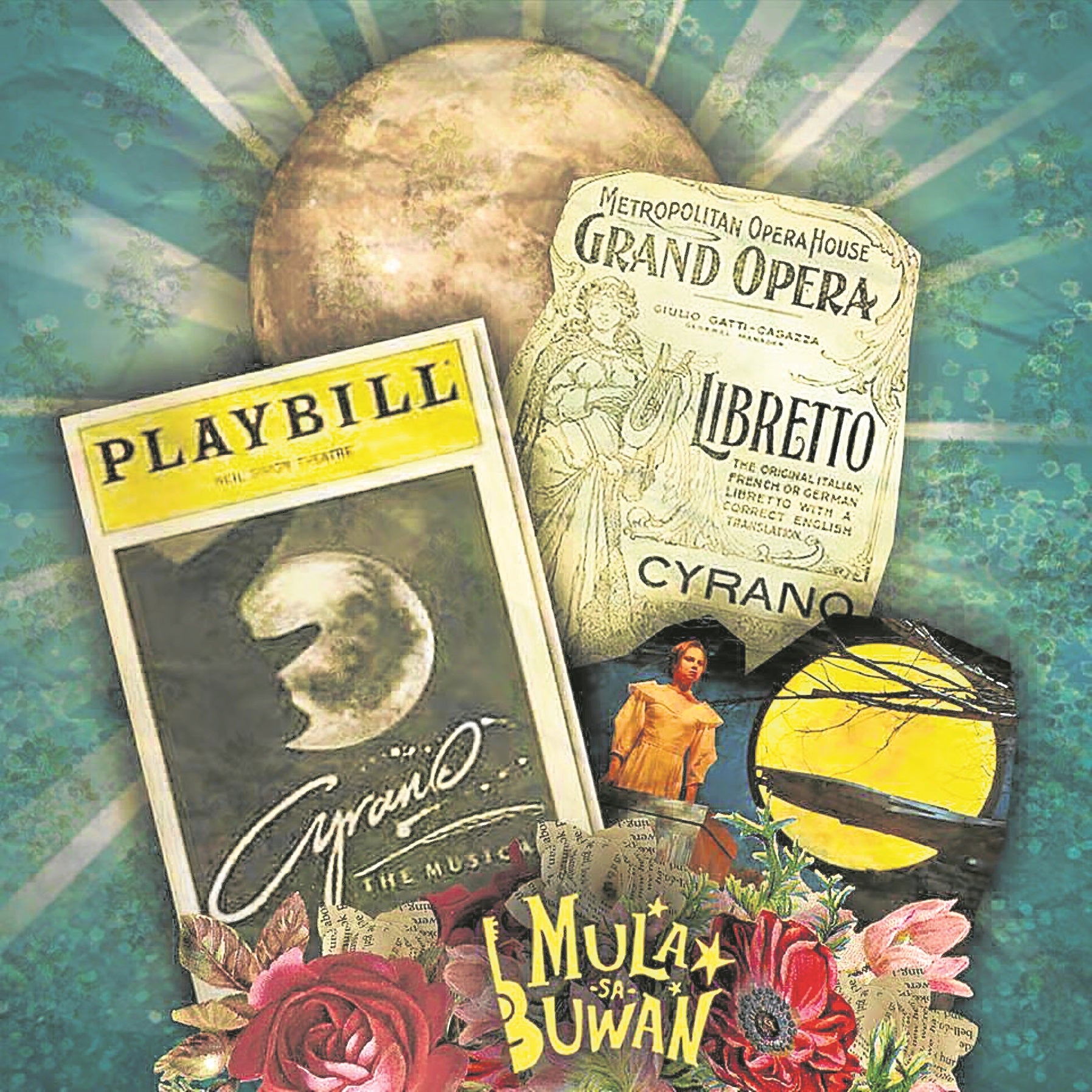 Does a boy with a big nose have a chance at love? Black Box Productions’ staging of the musical “Mula sa Buwan” will show audiences the possibilities.

The idea to stage a Filipino adaptation of the play “Cyrano de Bergerac” came to book writer and director Pat Valera while he was exploring ways to break rules—the rules of traditional Filipino theater genres, that is.

After doing dramaturgy and assistant direction for Dulaang Unibersidad ng Pilipinas’ komedya “Orosman at Zafira” and sarsuwela “Ang Kiri,” he wanted to challenge himself.

“How can I further the sarsuwela and make it relevant and refreshing for today’s youth?” he asked himself.

He chose a theme close to the hearts of the young—“love, ideals and a world based on a play that broke my heart!”

Then came the music. “Being immersed in Original Pilipino Music and surrounded by great artists and musicians, I thought, why not an indie-alternative-sarsuwela that would rock out the kundiman and harana?”

(Valera, incidentally, is the producer of the annual Summer Siren Music Festival in Crystal Beach, Zambales.)

The first version of the musical, “Cyrano: Isang Sarsuwela,” premiered in 2010, staged by Dulaang Roc. Inquirer Theater section editor Gibbs Cadiz praised the work, especially the songs, which were “one of the show’s strongest elements—raucous, eloquent and melodic… ready to bolt the orbit of Filipino musical theater and rock primetime radio.”

For this restaging, Valera and composer William Manzano have reworked and tweaked the material. Nicco Manalo and Boo Gabunada will alternate as Cyrano, KL Dizon plays Roxane, while Fred Lo and Edward Benosa alternate as Christian.

Manzano’s other composing credits include “Rizal X,” “Maxie the Musicale” and “Macho Dancer.”

In French playwright Edmond Rostand’s play, Cyrano, insecure about his nose, writes love letters for the inarticulate Christian to Roxane, the woman they both love.

“The story struck a chord. I left the theater in tears. The young and idealistic me gravitated to Cyrano because he’s the perfect mirror for the pimply, misunderstood teen: ugly guy, poetry used by another, the girl lost, unloved by the ever-changing world—but amidst everything, remains true to his virtues until the very end. He’s the proverbial me-against-the-world figure,” he recalls.

He reset Cyrano’s story to 1940s Manila, a time of young cadets and colegialas. He was inspired by the Hunters ROTC, a guerilla group during the Japanese occupation composed of young cadets.

“Manila then was the Paris of the East. Our country was on the brink of independence. The characters in ‘Mula sa Buwan’ aren’t seasoned soldiers but young college students initially oblivious to the impending war. But when it does come, they’re forced to grow up.”

“The musical also speaks about the ravages of war, our unsung heroes and how we deny history as we all rush to forget the pain in order to survive and move on.”—CONTRIBUTED