Heartbreak and glory according to Manix Abrera | Inquirer Lifestyle 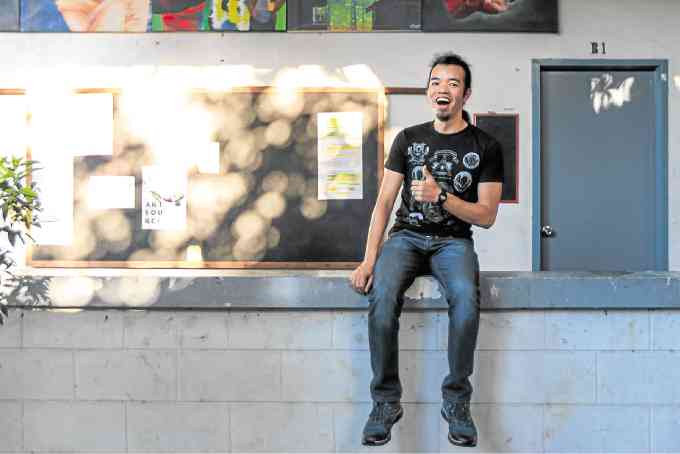 Heartbreak and glory according to Manix Abrera

It was inevitable that komiks artist Manix Abrera and I would talk about love.

We met, after all, in his alma mater, the University of the Philippines Diliman, to discuss his memories of college, a time when most people first experience the bliss of romance—and the soul-crushing trauma of heartbreak.

In fact, Abrera says one instance remains a recurrent theme in his works: when his first college girlfriend broke up with him because she felt she “wasn’t growing.”

“You’ll see that in my comics, it’s a recurring line:  ‘Hindi ako nago-grow,’” says the creator of “Kikomachine Komix,” which comes out every day in the Inquirer.

But Abrera shares his stories of love and heartbreak now with laughter, his eyes twinkling with nostalgia, even as he recounts how he cried in a corner of Vinzons Building’s ground floor after said girlfriend broke off their five-month relationship. “It was raining. I stayed there the whole night, staring at the rain,” he says. “I drew that scene, too, for ‘Kikomachine’—but of course I made it appear that it happened to a different character, not me.”

Abrera says his illustrations for “Kikomachine” are mostly based on real-life scenarios; some he just exaggerates or makes more “twisted.” The original inspiration, however, for his comic strip, is the story of one of his classmates in the College of Fine Arts. “When I was in my first year, I had a classmate who was a literal worshipper of Satan,” says Abrera. “He had a huge pentagram on the wall of his room with the head of a goat superimposed on it, and it had other weird symbols. He would light black candles, too, and he really prayed to Satan. One night, when he was ‘praying,’ he said one of the candles floated toward his face. He was so scared that the next day, he joined Youth for Christ. Apparently, he couldn’t handle Satan. 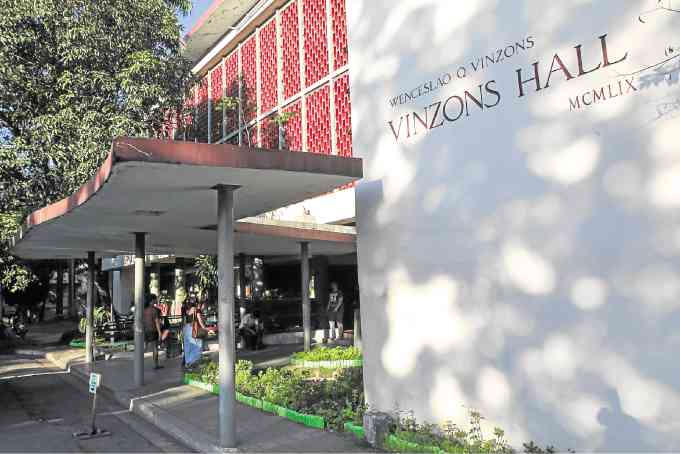 “He became the ‘peg’ of ‘Kikomachine’—his story was so weird, but it was true. So there are stories out there that may be weird, but they’re really happening, and you just have to look for them.”

It helps, Abrera adds, that he illustrates mainly for a newspaper, because the daily deadline keeps him on his toes. But even before “Kikomachine” became a regular Inquirer feature, Abrera already received rigid training on presswork, as he was part of the graphics team of UP’s Philippine Collegian during his whole stay in university. (Abrera is part of the rare breed of UP alumni who graduated on time—“Which makes me boring,” he says.)

“I really learned a lot, illustrating for Kule. I was required to produce comics weekly, plus editorial cartoons. My style then was totally different to what ‘Kikomachine’ looks like now,” he says. “You couldn’t just draw anything you wanted, because the editors there were really harsh; I would literally cry whenever my work would get rejected. But that’s why the Collegian has such a big influence [on my career]—it really squeezed a lot out of me, to really create good works.”

Taking us around Kule’s office on the top floor of Vinzons, Abrera opens the door to a small room filled with files—and a sink that looked out of place. “This used to be the darkroom,” he explains. “I remember getting the chance to work in here with one of the pretty photographers whom everyone had a crush on. Nothing happened, though! I was just so happy that I was sharing the darkroom with her alone.”

His first ex—the one he spent the whole night crying over while watching the rain—was also his colleague in Kule. “I really loved her because she had such a broad view on things, being a writer. I was a nobody then,” says Abrera.

Not anymore, though, as Abrera just released his 12th “Kikomachine Komix” book, an annual compilation of his strips in the Inquirer. He also recently collaborated with arts and crafts supplies store Hey Kessy by designing a washi tape for them. Not to mention that our interview was interrupted by a couple of giddy fans who asked for a photo op.

“How does that feel?” I ask after the fans leave, since popular as he is, Abrera is no divo—he’s down-to-earth, friendly, and shows genuine interest in others.

“To be honest, I’m still not used to it,” he replies with a sheepish smile. “But it makes me happy, because [the fans] are the reason ‘Kikomachine’ is still alive.”

Before our tour ends, we cross the road to the Sunken Garden, again one of the spots in UP which Abrera holds dearest to his heart. Facing the field, he points to different areas—“I was able to get another girl to say ‘yes’ to me here. “This is where I shouted in happiness after getting into UP, and in the Collegian. That’s where I broke up with her.”

Abrera admits, however, that he did find his one true love in college: illustrating comics. “I know, I know, it sounds cheesy, show biz,” he says. “But it’s true. It was here where I realized that this is what I want to do.” 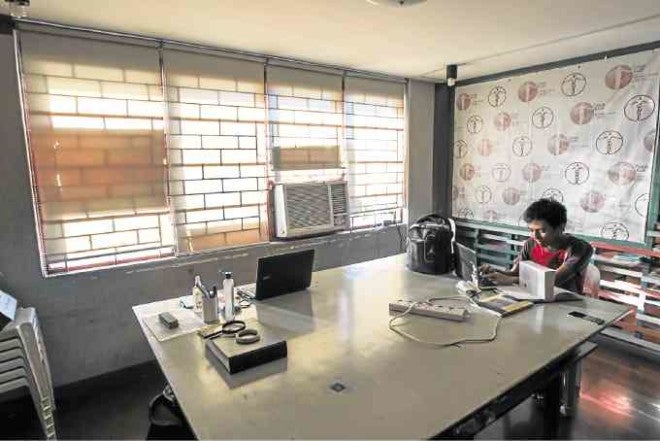 The characters of “Kikomachine” get their own tale of the tape. Raken…roll!

We can’t wait to get our hands on a roll or two (or three) of Hey Kessy’s washi tape designed by Manix Abrera. Featuring the original kings and queens of hugot and hilarious insights, the things you can do with these are endless. Make your own “Kikomachine” fanfic, wrap presents, or cover your notebooks and textbooks with “Kikomachine” goodness.  It’s so good we used it on the Super cover for this issue. —Tatin Yang