Be part of the ‘culture of kindness’ | Inquirer Lifestyle 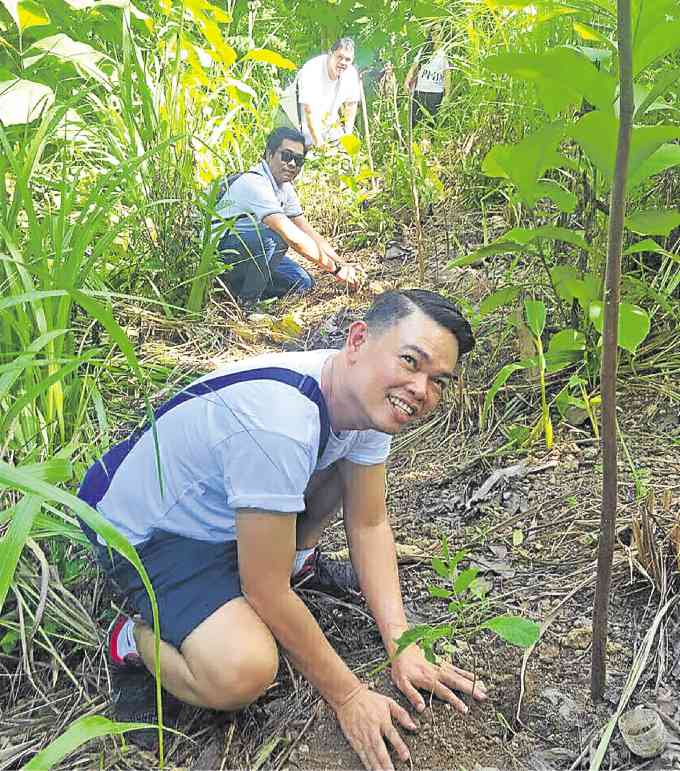 Be part of the ‘culture of kindness’

Having been a volunteer for six decades, I have strong personal feelings for this beautiful culture of kindness. It awakens a latent magnanimity through sheer involvement in something greater than oneself. With imagination and style, dedication and lots of work, it also creates friendships, fulfillment and inexplicable joy.

Guided by the wisdom of the heart, certain families have a tradition of philanthropy that is passed from one generation to the next. Altruism in action, it is the hallmark of Hands On Manila (HOM), a dynamic foundation that began in 2001 when Sandy Prieto-Romualdez and Gianna Montinola were inspired to be leaders of change. With volunteerism at its core, they initiated a Kindness Revolution that was innovative, flexible and personalized.

For Gianna’s father, the entrepreneur Aurelio Montinola Jr., giving was a creative endeavor. He took artists in the performing and visual arts on learning trips to France, exploring the countryside and immersing in the intellectual vigor of Paris. He discovered “greats” like National Artists Vicente Manansala and Cesar Legaspi, and exhibited their works.

director, belongs to a family steeped in philanthropy. A favorite Christmas story is that of the matriarch, Maria Montenegro Aboitiz, who had presents of cash for each of her grandchildren. After the last child had received a gift, they excitedly queued a second time to give back 10 percent of what they had received, vividly aware of the orphans and the destitute whom they helped in a very personal way.

Lizette Cojuangco, another HOM director, was greatly influenced by the benevolence of her maternal grandfather, the eminent Ambassador José Ma. Delgado. With idealism and expertise, his children and grandchildren have made their mark in the Association of Foundations, as well as charities that support priests and parishes, medical missions and indigenous peoples.

Like a brilliant star across the seas, Cassie San Gabriel Eng, a Fil-American teen in San Francisco, is equally enthused about her cause. She was only 5, visiting with her mother’s Lopa-San Gabriel family in Manila, when she saw people living in shanties surrounded by garbage. Deeply shaken, she came up with an idea.

Instead of presents on her sixth birthday, she asked her family to donate money so that she could bring food to feeding centers in Tondo. Her happiness was boundless. She knew that from then on, her every birthday would be a celebration of giving.

When Supertyphoon “Yolanda” devastated Leyte, she passionately spoke at an assembly of parents and students in her school, as well as Rotary clubs in San Francisco, raising funds to purchase boats for fishermen and for children, who had to swim across marshes to get to school.

Her enthusiasm was irresistible.

Before her 11th  birthday in 2014, she launched Cassie’s Bag of Dreams Challenge and raised funds online to provide 300 knapsacks filled with school supplies for indigenous Badjao children, sea gypsies who were mostly uneducated. By providing them with notebooks and pens, she inspired them to go to school and feel worthy of an education.

Of that event, she wrote her friends, “Yesterday was an indescribably phenomenal experience. I didn’t mind the heat. I didn’t mind the sand in my sneakers. I didn’t mind that I was tired. All I could think about was what a great time I was having with the Badjaos and how incredibly special the day was… I’m planning to do it for the rest of my life!”

Like volunteers everywhere, Cassie experienced what an ancient sage once said, “In true giving there is exquisite joy!”

This summer, she brought her Bag of Dreams Challenge to Guimaras in western Visayas. In October, she received the Youth Empowerment Award from Jollibee.

The corporate world is imbued with idealism. Phinma Hero (Helpful Employee Responsible for Others) is an eloquent force of 1,800 employee-volunteers in 38 sites nationwide involved in programs as diverse as daycare centers, reforestation, community building and leadership training. Its sense of purpose is tangible.

Leading the way is Phinma chair Oscar Hilado, who heads the trustees of Our Lady of Victory Training Center, a rehabilitation complex for the disabled in the idyllic island of Samal off the coast of Davao. There he is known as “friend, pillar and wind beneath the wings.”

The story of the center is itself a miracle. It began in 1981 when Maryknoll Sister Cecelia Wood chanced upon four young men at death’s door, seriously maimed and abandoned. They had no future, no hope.

With infinite compassion, she and Maryknoll nuns, Sr. John Irene and Sr. Maria del Rey, took them in. For the next 35 years, the numbers swelled to hundreds, the facilities expanded as they welcomed the handicapped—some left at their doorstep—and cared not only for their bodies, but their spirit. Sr. Cecelia herself has nursed the crippled and the helpless for as briefly as three months to as long as 20 years.

When asked how she does it, her reply is simple, “Divine Providence.”

Recently, the Maryknoll superior sent sisters to accompany Sr. Cecelia to the motherhouse in Ossining, New York, where aging nuns are cared for. They were deeply moved by the sweetness of her decision, at 95, to remain in Samal and continue serving her beloved people.

Sr. Cecelia speaks with a radiant peace, “Every child has a special history and usually needs lots of love and attention. It’s beautiful how they respond. Joy gets turned on. That’s when you know you are winning.”

This is the wondrous spirit I love, exuberance for selfless giving, compelling drive and most profound kindness.