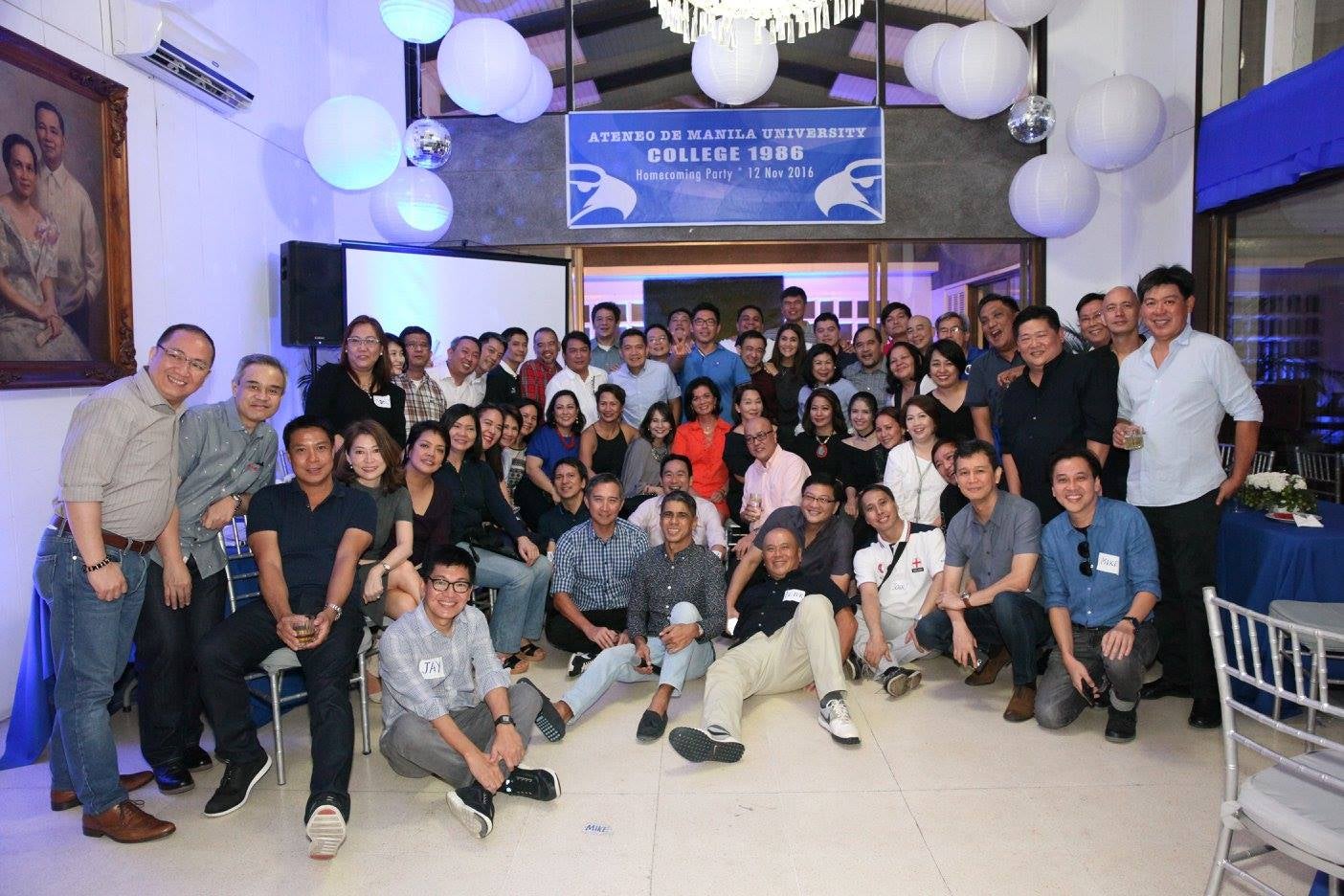 The Ateneo de Manila College Class of 1986 graduated two months after the People Power Revolution of February 1986.
Their four years in college were marked with political and economic upheaval, that saw the assassination of Sen. Ninoy Aquino in 1983, the holding of snap elections, and the People Power revolution that led to the end of the Marcos rule.
For the 601 young men and women in the batch, their graduation in the summer of 1986 was a euphoric and memorable day. It has been an interesting journey since then.
Today, 30 years after, there is an overwhelming sense of gratitude, but coupled with a sense of disquiet on where the country and the world at large is headed.
On December 3, 2016, the batch joins other jubilarians at Tatak Asul, the Ateneo de Manila Grand Alumni Homecoming. 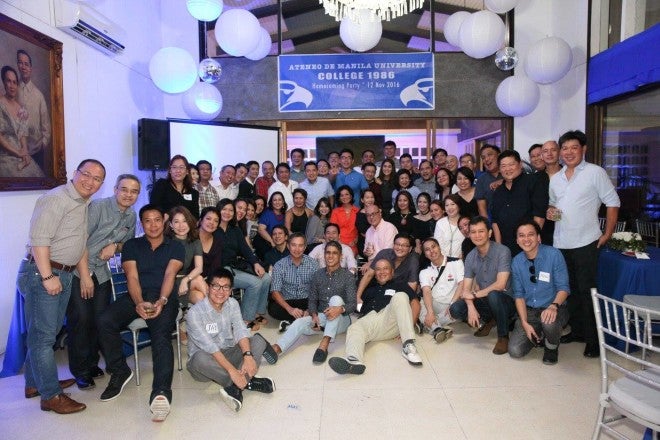