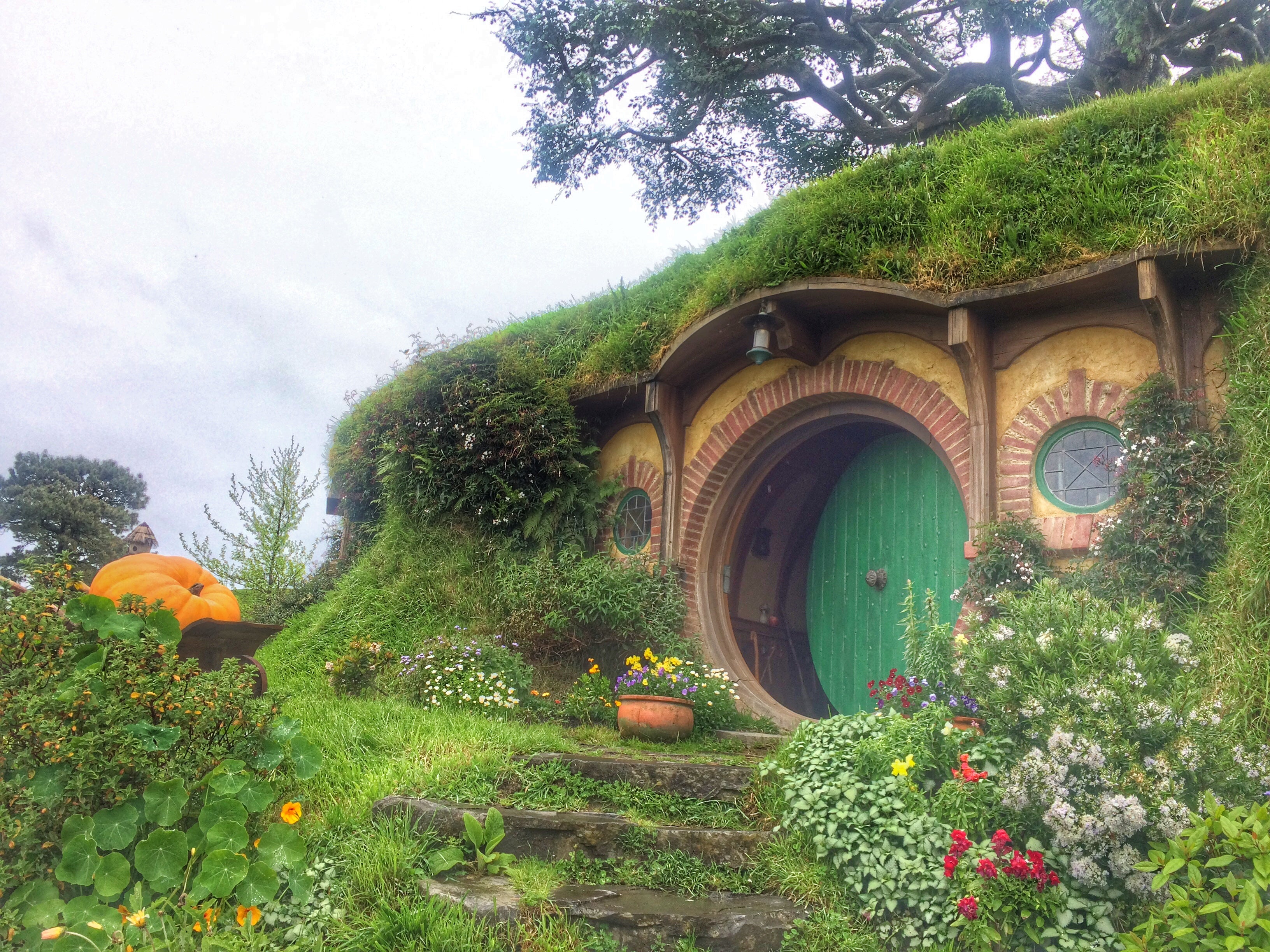 There are trolls in New Zealand, and people love them.

Unlike in the Philippines, where trolls are the loathed, vexing kind, the ones in Wellington draw in throngs from around the world, and fans eagerly line up for photos next to these monstrous, grotesque creatures.

At the Weta Cave in the New Zealand capital, three life-size sculptures of the boulder-like mountain trolls first seen in “The Fellowship of the Ring”—the first installment in “The Lord of the Rings” (LOTR) film series—cut an imposing presence.

They’re what greet film fans from all over, who come to this southwestern Pacific island nation just to get a behind-the-scenes peek into how the popular film series were made.

According to a recent report, the “LOTR” series and “The Hobbit” trilogy have been the top foreign-cash source of New Zealand. And the Weta Workshop in Miramar, a tiny, quiet suburb at the lower tip of the nation’s North Island, is one of the main stops of tourists and “LOTR” fanatics.

The multiple Academy Award-winning Weta Workshop has one of the most popular film studio tours in the world. It allows visitors to see firsthand how film props and prosthetics are made—including the actual ones from its famous film projects: the face casts of Frodo, Bilbo and Gollum (so lifelike); the assault weapons from “District 9” (very heavy!); detailed scale models of film sets; as well as a true-to-size sculpture of Neytiri of “Avatar” (she’s so tall, we could barely reach her hip).

Too bad for selfie-obsessed fans: no photos are allowed in this part of the tour, since the studio doesn’t own the rights to many of its projects.

The tour also includes the actual shooting stage of the ongoing remake of an animated series called “Thunderbirds Are Go!”

A separate tour allows visitors to try the makeup magic of filmmaking, such that they come out bearing “gunshot wounds” and ghastly “cuts” on their faces.

On a recent trip to the country’s North Island, sponsored by Singapore Airlines with Tourism New Zealand and General Travel New Zealand (www.generaltravel.co.nz), our Filipino group was given a rare access into the private offices of the Weta Workshop.

In the conference room where many creative ideas for film and TV projects are hatched, we came face-to-face with an actual Oscar—five of them, in fact: four of the 11 won by “The Lord of the Rings: The Return of the King,” and one for “King Kong.”

Notably, the trophies don’t bear the name of Weta Workshop cofounder and creative director Sir Richard Taylor; he had them removed to indicate that the accolade belongs not just to him but the entire studio.

According to our guides, you’re likelier to bump into Taylor at the lot, as Jackson typically does post-prod only in his other company, Park Road Post, located nearby in a lovely building inspired by Frank Lloyd Wright.

Te Papa, New Zealand’s national museum located in the capital, is a must for a walk-through into the rich history of this remote nation, and the complex migration that traces the roots of the Maori, its indigenous people (we would never have guessed they’re genetically linked to the indigenous Taiwanese).

One of the collections in the museum also explains the country’s geography, to better understand why Wellington experiences an average of two earthquakes a day.

Meanwhile, a visit to Zealandia, the capital’s wildlife eco-sanctuary, would explain why visitors are hit with steep fines when they bring in food, plant, and animal products into New Zealand.

Owing to its remoteness, this island nation in the southern hemisphere has fostered a unique biodiversity, with some of the rarest fauna, safeguarded by dedicated volunteers and conservationists. (Trivia: While it’s home to the tuatara, a reptile which has remained unchanged in 65 million years, there is not a single snake in New Zealand.)

Our weeklong road trip, which started at the top of North Island, also included a stop likely more known to Filipino tourists: the Hobbiton film set in Matamata, a two-hour drive from Auckland.

In New Zealand, where sheep outnumber humans about 10 to 1, the idyllic rolling hills of the 1,250-acre farm, which stood for “LOTR” author J.R.R. Tolkien’s The Shire in the films, perfectly illustrate the spectacular beauty of this country’s generous gifts of nature.

On any given day, it’s dotted with sheep grazing on endless expanse of lush, verdant pasture, the crisp, earthy smell of rain-soaked grass, pervasive and mildly intoxicating.

Jackson began filming scenes of The Shire, situated in 12 acres of this farm owned by a local family, in 1999. Instead of demolishing the set, it was kept as is, following the first film’s success, and a demand for guided tours ensued.

The Kiwi director used it once more in 2009 to shoot “The Hobbit” trilogy, and today receives 350,000 visitors a year.

New Zealand has a thriving filmmaking industry, and its exceptionally stunning landscape has drawn not just movie fans and “LOTR” fanatics, but even another famous filmmaker: Oscar-winning American filmmaker James Cameron calls this country his second home, where he has a house just north of Wellington with actress-wife Suzy Amis. It’s also here where he’s filming the sequel to “Avatar.”

Wellington has other tours of Wellywood, which it calls “Middle of Middle Earth,” like film locations, and bars and restaurants frequented by film stars—just like in Hollywood.

New Zealand is among the countries that are increasingly more welcoming to immigrants and skilled workers, such that it has been on the radar of Filipinos.

A London think tank recently voted it the best place in the world to live. We saw why, even on our brief visit. It’s not only No. 1 for overall standards of wellness, governance, freedom, and security, it’s also top in the prosperity index.

According to Tourism New Zealand, there were 18,000 tourist arrivals from the Philippines last year, and it expects to increase this figure by 30 percent by end of the year. Many of them stay up to 49 days with relatives and friends, and visit famous spots like the Hobbiton.

Beyond trolls and Hobbits, there’s much more to see and delight travelers in this part of the Pacific. But our stops along the way—from Auckland down to Wellington—deserve their own story, and for another time.