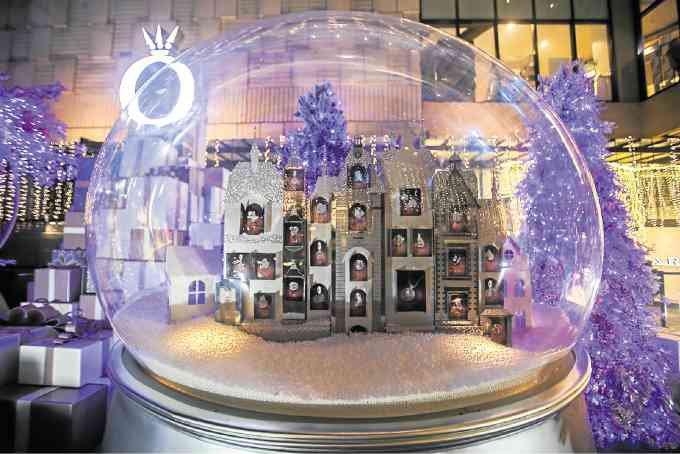 The charm of Christmas 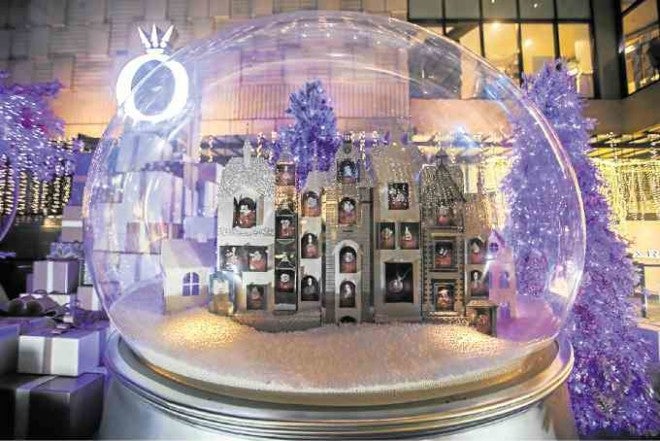 This is Christmas through the eyes of a child, interpreted in a holiday installation of premier Danish jeweler Pandora.

For the second year in a row, shoppers at Greenbelt 5 in Makati get transported to the marvelous world of Santa, sleigh rides and oodles of beautifully wrapped presents—the sort of stuff that brings out the kids in all of us, as Pandora restages its Christmas installation that was such a huge hit last year, Ayala Malls kept the display far longer than was originally intended.

Dubbed “Magic of Christmas,” this year’s showcase is an upgraded version of last year’s.  It’s set up on an elevated platform at Greenbelt 5 Fashion Walk facing the garden. It begs to be photographed—and citizens of this selfie-obsessed nation do just that. 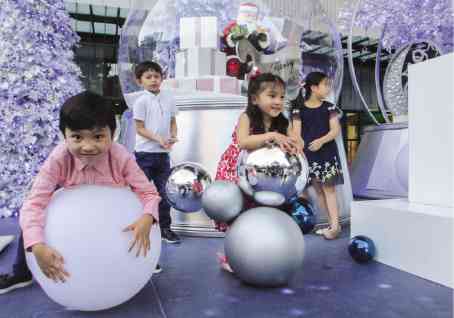 Executed by Moss Manila, the installation has two giant mechanical snow globes—a push of a button brings the “snow” within to life. They flank a larger-than-life rendering of a Pandora charm at the center. There are also two all-silver Christmas trees, adorned with cool-blue Tivoli lights, which look extra-magical when lit at night.

“Our concept was about how kids see Christmas, and we thought, what better way to add to that magical element than to make it into a white Christmas,” says Ivy Carson, Pandora’s sales and marketing manager.

The silvery motif also reflects the brand’s Winter Collection 2016, which is predominantly silver and blue in its first installment, and silver and red for the second drop.

A giant rendering of one of the key items of the season, a rotating charm called Vintage Night Sky, is one of the centerpieces of the installation. Giant gifts in white and silver wrapping are tied in Pandora’s signature pink bows.

Santa atop a pile of snow is in one of the snow globes, while the other has Pandora’s version of one of kids’ most loved icons of Christmas: the Advent calendar. Who doesn’t get excited at the prospect of opening a surprise gift every single day of the holiday season?

This December, select Pandora stores showcase the Advent calendar, with each window displaying a featured item from the Winter Collection. 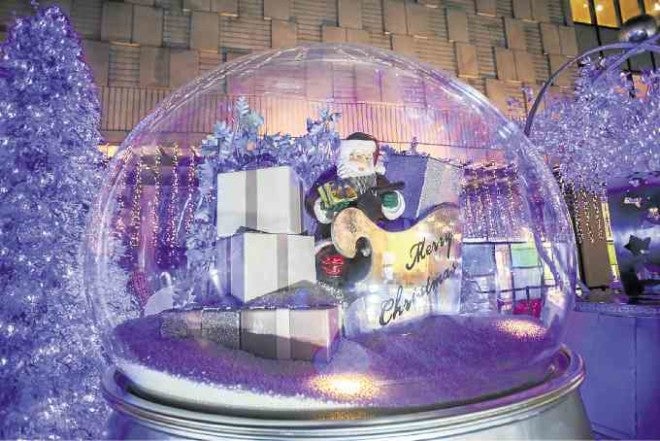 Another giant snow globe is at the koi pond just behind Greenbelt 4.

Pandora is the fastest growing jewelry brand in the Philippines, and it’s especially popular in this season of gift-giving. It’s not unusual to see lines outside its stores as December rolls in.

“Some of the more touching stories are when both mom and daughter collect,” he adds. “A mom might get a charm because it represents something meaningful to her, and she’ll wear it for a year or two. Then later, her daughter might ask for it, and they give each other back and forth. This is what makes Pandora different from similar brands, which are probably more into fashion, not stories.” 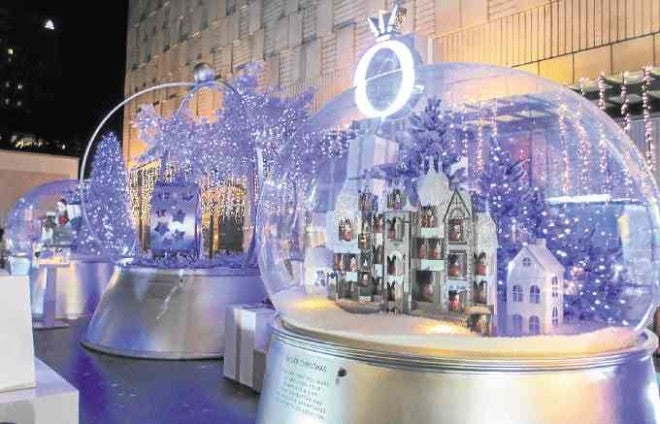 It also has a remarkable after-sales service with free jewelry cleaning in select     stores and at Pandora Care Center in 6750 Ayala.

Pandora has been in the Philippines for only  six years, but it has grown to 14 stores—with two more opening for the holidays, at SM City Clark (Dec. 2) and  Ayala Cebu (Dec. 14). Carson says they plan to open 10 more outlets next year.

“We have VIP clients, those who really collect, and we’ve become friends with them,” she adds.

One client is so known for her Pandora collection that her friends marked her recent birthday with a cake in the shape of the Pandora bag, adorned with icing designed after the Pandora bracelet and charms. 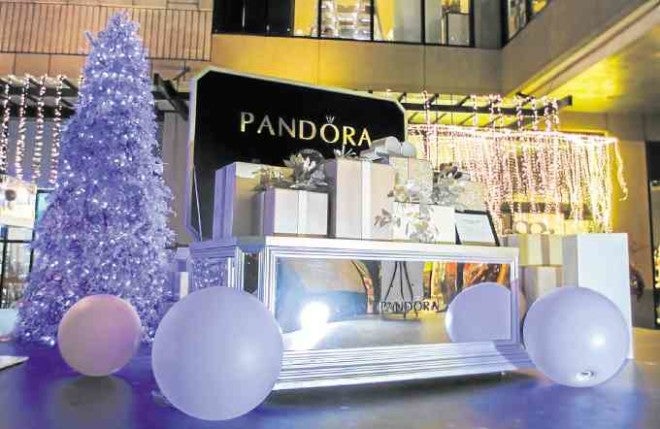 Another customer has the boutique prepare a set of the new charms on a bracelet whenever a new collection comes in, sometimes spending up to P100,000 for each set.

With the introduction of a Disney collection, Pandora has also captured the fancy of a much younger client. 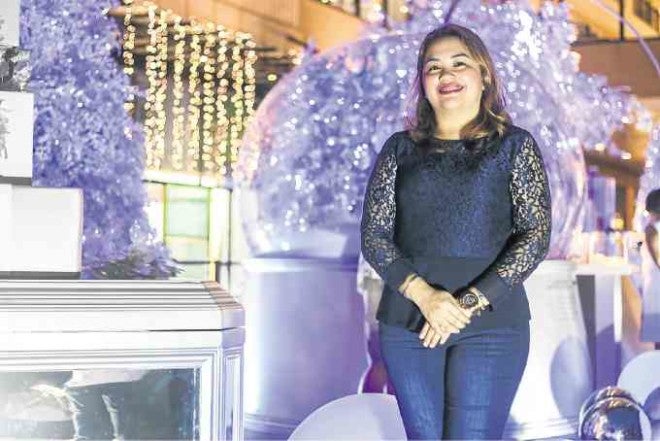 The tot was introduced to Pandora only last year, and from then, would ask for a new charm to add to her collection on special occasions. Even relatives abroad would now send her Pandora charms. A favorite is one featuring cubic zirconia that she asked her lolo, starmaker Johnny Manahan (known as  “Mr. M” in the showbiz industry), to buy for her.

This time it’s a man, the grandfather, who’s succumbing to the charm of Pandora, with a little help from his apo. 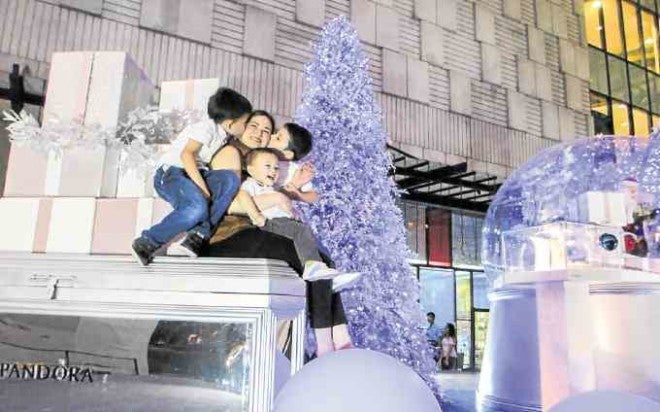 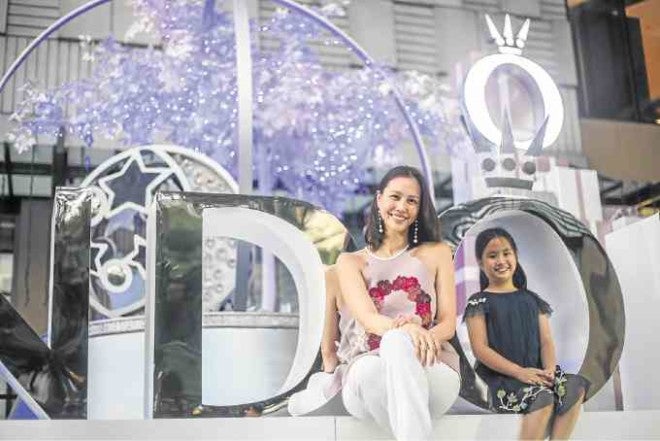