Chavit Singson: What really happened behind the scenes of Miss U | Inquirer Lifestyle ❮ ❯ 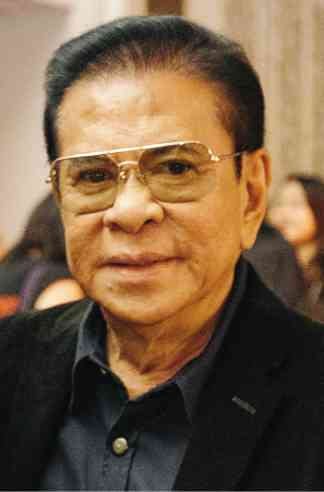 “I need the support of government agencies to see this project through,” says Singson. —JILSON SECKLER TIU

Chavit Singson: What really happened behind the scenes of Miss U

Notwithstanding cancellations from the Miss Universe Organization, the beauty pageant is, after all, still on—with preliminaries in early January and the final pageant on Jan. 30 at SM Mall of Asia Arena. The event is organized by the Department of Tourism (DOT) and financed by the LCS Group of Companies.

The pageant’s prime mover is businessman-politician Luis Crisologo Singson, better known as “Chavit,” who plunked down $12 million for the 2016 franchise. “Miss Universe became political,” he said of the near-botched event.

Earlier this year, the Miss Universe Organization had been seeking sponsors, but many companies turned down the offer. The local partner would have to advance a non-refundable $12 million before the contract signing and provide a bank guarantee.

Half of the money will go to the Miss Universe Organization, while the rest will pay for the production, food, accommodations and airfare, said Singson.

“The DOT has no funds,” he noted. “I need the support of government agencies to see this project through. To help shoulder the expenses, Miss Universe has other partners—Philippine Airlines, SM Group, Solar Entertainment and Japanese billionaire Kazuo Okada.”

Before the contract signing, Singson consulted executives from his LCS Group of Companies, a conglomerate of over 100 firms involved in construction, microfinance, agriculture, hotel, banking, remittances, transportation, aviation, mining, renewable energy, a radio station, real estate and retail. (Between Miss U talks, Singson plugged that he had just acquired the local franchise of Go Sport, Europe’s largest sporting goods chain.)

His advisers said getting the franchise was a gamble. LCS could earn little, but they could also lose a bit. Still, Singson maintained that their support will promote the country and advertise his companies.

“We won’t make much out of this, but it will have a positive domino effect here,” he said.

In fact, his plans to expand his bank, Vigan Banco International, from Puerto Rico to Mexico and other parts of the United States were postponed to pay for the Miss Universe franchise.

When Duterte compared himself to Hitler and that he would be happy to slaughter as many drug addicts as Jews in the Holocaust, Emanuel cancelled the event. He has been known to condemn anti-Semitic attacks.

Singson said that he could have sued Miss Universe Organization for breach of contract. “We were fully paid, but I didn’t want to file for damages,” he said.

His representative in New York was already calculating the possible damage.  Singson wanted to push through with the event. “I’m not interested in the money. I wanted the officials to reconsider. If they cancelled, my credibility would be ruined. It would also ruin the reputation of Miss Universe.”

Earlier this year, a women’s group signed a petition urging the Miss Universe Organization not to hold the pageant in the Philippines. It said that Duterte and his group had displayed “demeaning sexist attitude” toward women.

“To hold the Miss Universe pageant in the Philippines at this time would serve as a reward of this intolerable behavior and excuse such behavior… It would make your organization a partner to these backward and dangerous steps, which are serious violations of the International Convention on the Elimination of All Forms of Discrimination Against Women.”

To neutralize this sentiment, Singson said that the Miss Universe Organization plans to include women empowerment programs in the Philippine itinerary. He had to pay an additional $900,000 for this and other expenses.

Girding up for the pageant, he purchased a luxury yacht which has a capacity of 200. The Italian-made vessel was bought in Spain at a good price,  he said.

After the pageant, Singson plans to sell the yacht so he can recover some of his expenses.

He made his mark, influenced by the style of British aristocrat Lord Snowdon, who shoots portraits of the elite in their finery against luxurious settings.

Taking advantage of digital technology, Jacinto has since been manipulating the portraits in his series “Faaabvlous,” books about Manila’s who’s who.

This year, he explores  high-profile subjects wearing his interpretation of crowns in his latest book, “Faaabvlous Faces, Dazzling Diadems.” The photo exhibit is ongoing at The Peninsula Manila until Dec. 6.

For so long, factions in Ayala Alabang Village have been locked in legal battles regarding the use of additional gates in the village to decongest traffic.

In the spirit of Christmas, the Zonta Club of Alabang and the Ayala Alabang Village Association have cooked up its first Adobo Festival. It will be held on Dec. 10-11 at the Zonta Ayala Carnivale Bazaar in Cuenca. The cookfest will be judged by celebrity chefs Glenda Barretto owner of Via Mare,  Chele Gonzalez and adobo queen Nancy Reyes-Lumen.

“Showcasing adobo in a village-wide cooking contest is a great first step towards camaraderie and friendly competition. By sharing their heirloom recipes or super modern formula, villagers can bond together, foster unity and have fun in a way that is distinctly Filipino,” said Kathleen Liechtenstein, head of the Adobo Festival committee and founding president of the Zonta Club of Alabang.

The grand prize is P25,000. Recipes can be either traditional or experimental. The only required ingredients are vinegar and garlic. In the interest of healthy living, no MSG, chemicals, artificial flavoring or meat from endangered animals will be allowed in the recipes.

“Over the past 40 years, Ayala Alabang Village evolved from a tight-knit circle of a few hundred families to a vast community of over 5,000 households. What better way to strengthen ties in this vibrant neighborhood than with food?” said the press statement.