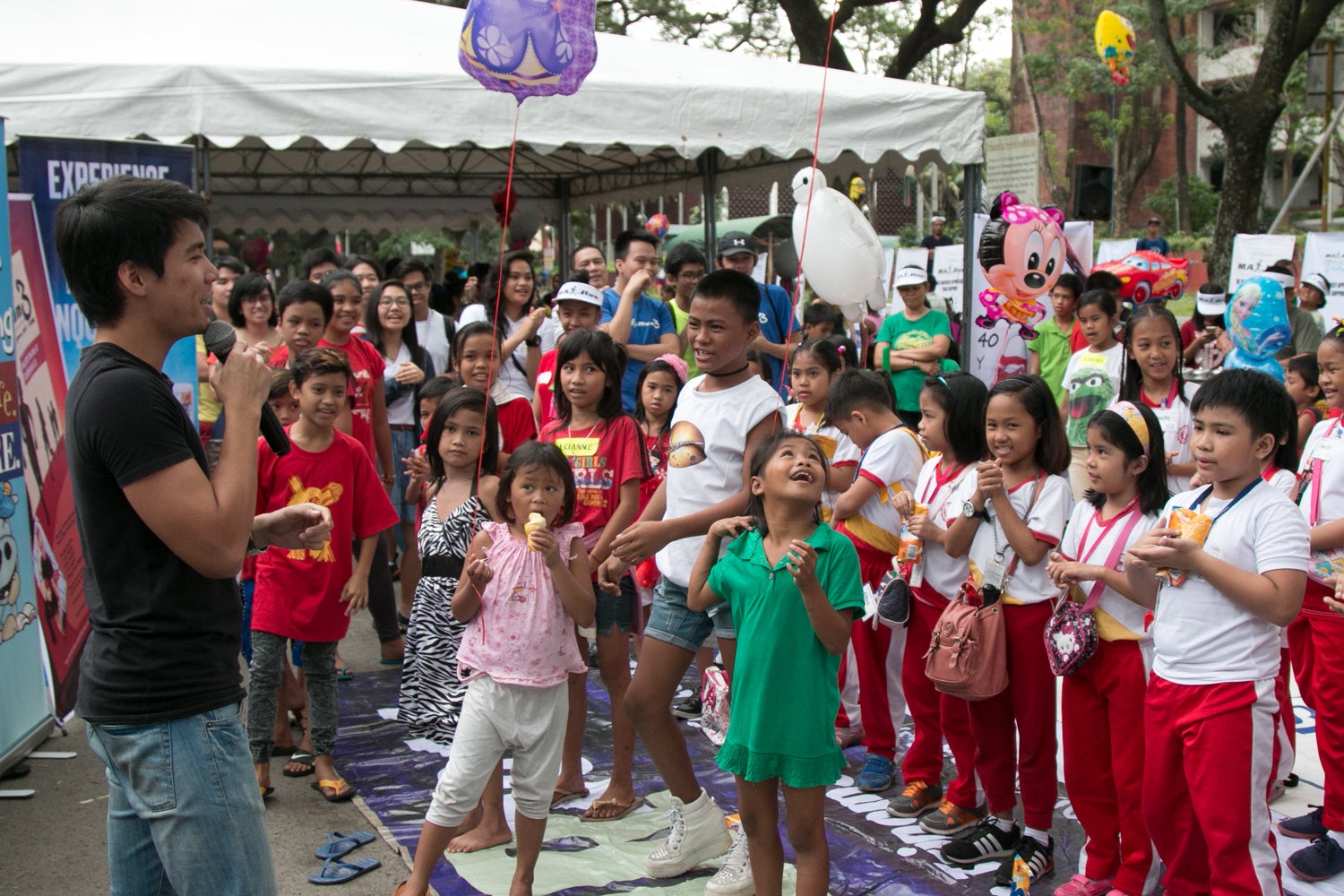 During this season of giving, some 30 children of Krus na Ligas Elementary School learned about the value of sharing and the meaning of sacrifice during the special Inquirer Read-Along session on Dec. 4 at the University of the Philippines in Diliman, Quezon City.

It was an early Christmas treat for the Grade 3 and 4 pupils who were treated to stories read by UP Fighting Maroons head coach Bo Perasol and professional storyteller and teacher Dyali Justo.

Perasol read “Hating Kapatid,” written by Raissa Rivera Falgui and illustrated by Fran Alvarez. It is a story about two siblings finding out what fair share means.

A first time Read-Along storyteller, Perasol said that it is important to encourage children to start reading at an early age.

“Reading brings you to places. It enhances your imagination,” Perasol said.

Justo read May Tobias-Papa’s “Estrellita: The Little Wishing Star,” which is about a star named Estrellita, who wanted to grant the wish of a young boy.

The session, capped by a special dance performance from Inquirer mascot Guyito, was held in partnership with Alpha Phi Beta, Phi Delta Alpha, OurDreams and a group of UP students. JE